From Billy Meredith in the early 1900s, to George Best from the 1968 European Cup winners, through to Steve Coppell, Ryan Giggs and Cristiano Ronaldo; top-class wingers have formed a vital part of any great Manchester United side.

Generations of United fans will all likely point to a skilful wide man bursting beyond opposing full-backs as a standout memory of their early football fandom.

Whether it was Best, Beckham or Giggs, Kanchelskis, Coppell or Ronaldo, flankers capable of bombing towards the byline before whipping over an accurate cross have formed the basis of the fluid attacking football that came to define the Red Devils’ style.

Many of the wing wizards who enthralled and entertained the Old Trafford faithful over the years did so sporting the club’s iconic No.7 jersey. But, following Memphis Depay’s departure for Lyon, that squad number remains vacant.

Depay, himself a winger, failed to make the grade with the 20-time champions of England after impressing in the Eredivisie with PSV. Perhaps he was never quite of the level to succeed at United, but could his failure also be partially attributed to the club’s shift away from the old-fashioned wing play that was once their trademark? 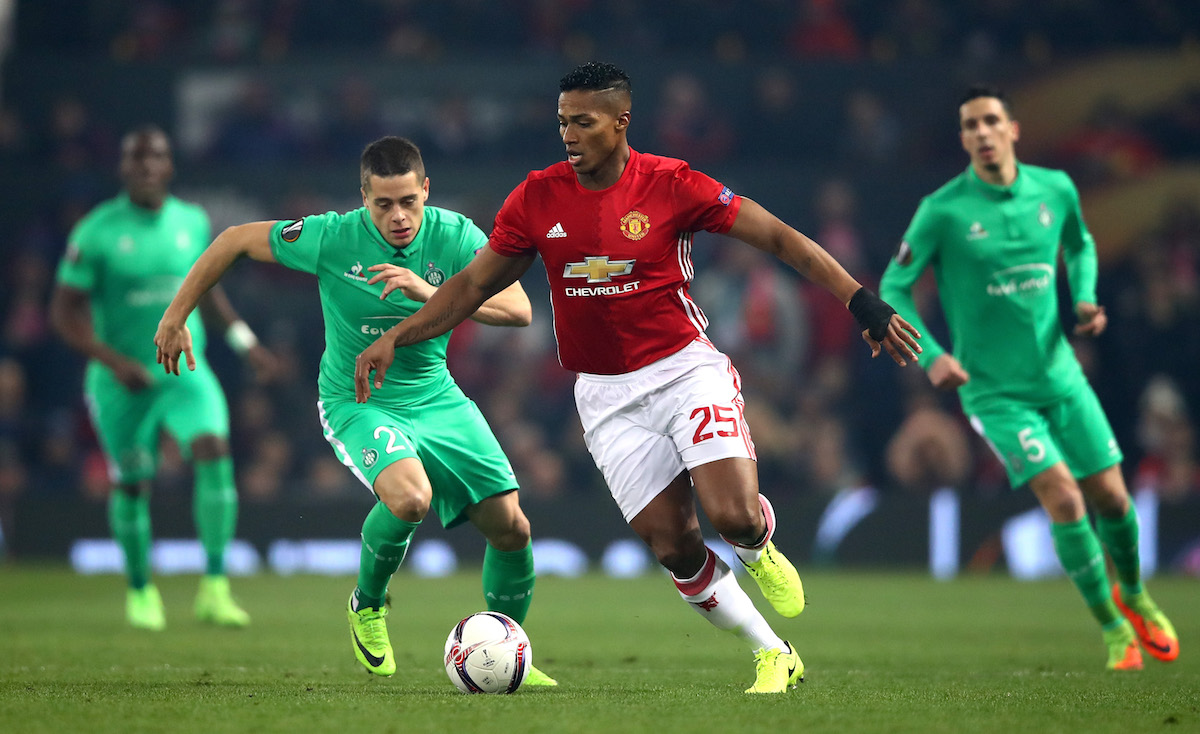 With Ashley Young now a seldom-seen squad player, and Antonio Valencia having reinvented himself as a full-back, most of Jose Mourinho’s options for the wide attacking berths in his team are players whose first thought is to cut inside, rather than the kind of touchline-hugging wingers of old.

On the left, Anthony Martial and Marcus Rashford are both converted centre-forwards, who prefer to move infield onto their stronger right foot. While on the right side, Henrikh Mkhitaryan and Juan Mata would both consider themselves to be No.10s primarily, much more comfortable in central zones than out wide.

And, for the most part, some combination of those four players, or Jesse Lingard who is also able to play anywhere across the frontline, serves United perfectly well. Indeed, creating scoring chances hasn’t been an issue for Mourinho’s men this term, rather dispatching them has been where they have too often fallen short.

But would it be useful, as a form of plan B if nothing else, for the Red Devils to add a genuine, old-school winger to their ranks? Someone who revels in dribbling beyond full-backs and takes as much joy from whipping in a perfectly arced cross as they do in sliding a clever through-ball down the middle or aiming for goal themselves?

When you consider that United are currently fielding 6ft 5ins Zlatan Ibrahimovic at the spearhead of their attack, it would make sense that they would lean on the Swede’s aerial prowess as much as possible.

Of the 15 Premier League goals that the former AC Milan and Paris Saint-Germain striker has bagged this season, four of them have come with via head. It wouldn’t be ridiculous to suggest that that figure could have been even more impressive were United able to benefit from the unique skillset of a traditional winger.

When glancing at the statistics, it would appear that United are doing just fine without such a player. The Old Trafford club currently make an average of 6.3 accurate crosses per game – more than any other team in the Premier League this season, while they attempt a total of 25 crosses per league outing.

But on closer inspection, it becomes clear that the bulk of United’s crossing is being done by their full-backs. Antonio Valencia and Daley Blind, from right- and left-back respectively, have put in more crosses per game than any of their team-mates this season.

With Blind not blessed with the pace or dribbling skills to go past an opponent and whip a ball in from close to the touchline – an area from which crosses are traditionally believed to be harder to defend – most of the centres he swings into the penalty area come from slightly deeper zones, meaning defenders have more time to see and asses the trajectory of the ball.

Valencia is much quicker and more direct than Blind, but, as a full-back, when he gets forward into a crossing position, it usually happens in the second phase of play or later. This means that one of the attacking players will have carried the ball into the final third, before either cutting it back to Valencia, or stopping and waiting for him to overlap.

Though it is still viable for him to produce an effective cross in this way, it gives the opposition’s backline more time to settle into their shape and defend any ball into the box. 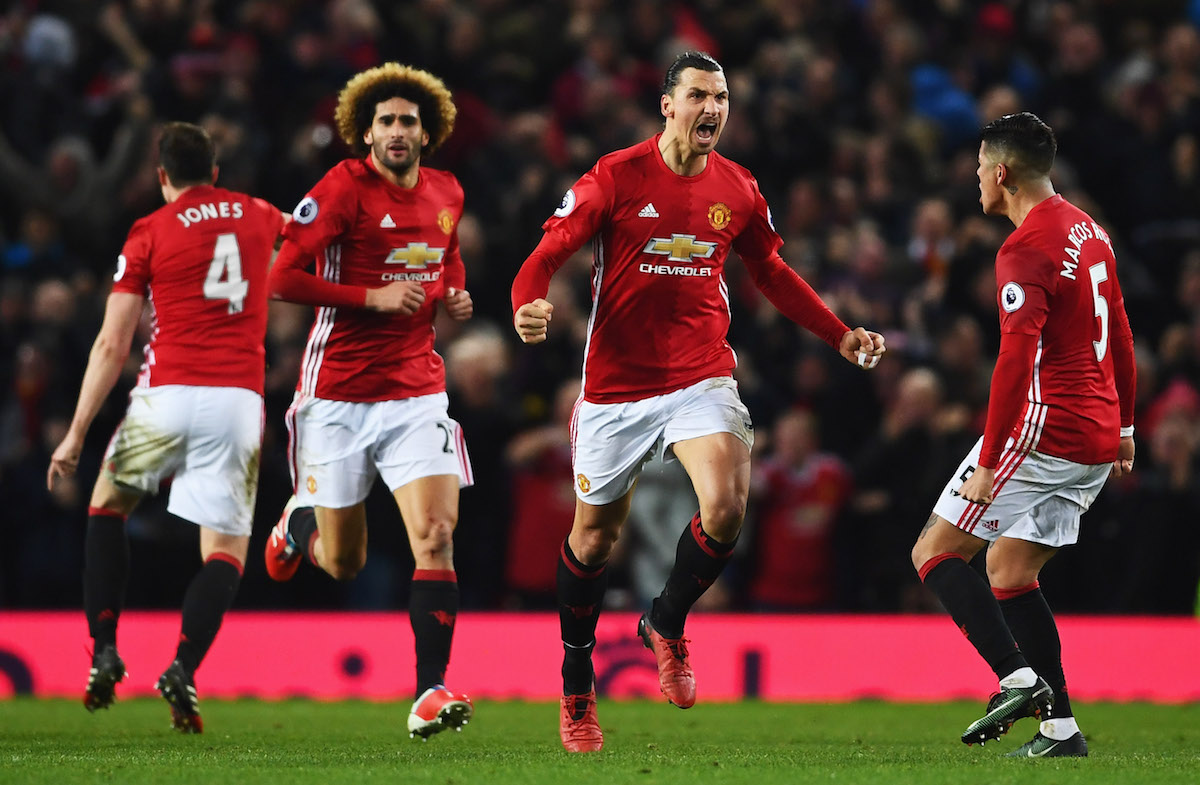 What an orthodox winger would offer is the opportunity for United to use them as a primary attacking outlet, breaking forward and looking to hit Ibrahimovic with an early cross while the rival defence is still running back towards their own goal.

The first goal of the brace Ibrahimovic scored against West Bromwich Albion at the Hawthorns earlier this season is a perfect example of how the Swede can thrive on early crosses. Although he is not blessed with tremendous pace, his movement and nous inside the box often sees him find space between defenders.

When Lingard swung in an inch-perfect cross, the towering No.9 finished with aplomb.

With a winger in the mould of Old Trafford legend Giggs, goals like that could become a much more regular occurrence.

Why Anthony Martial Remains A Key Player For Manchester United