Juventus are on course to win a record-breaking sixth consecutive Scudetto this season. Currently, they sit four points clear of Roma in the Serie A table with two league games left, and they could well win a remarkable treble with Champions League and Coppa Italia finals to play.

Yet, despite their domestic – and potentially continental – supremacy, the Italian outfit are unlikely to become complacent about their status. They could well add to an already strong squad in the summer, with Keita Baldé Diao the Bianconeri’s latest reported transfer target.

The Lazio forward has begun to fulfil his immense potential this season, establishing himself as a more consistent and productive attacking threat. And his form in recent weeks has been particularly sensational.

He scored a hat-trick in the 6-2 thrashing of Palermo, before hitting a double to help his side to a huge 3-1 derby win over city rivals Roma. He then found the net once against both Sampdoria and Fiorentina, taking his tally for the campaign to 15.

That tally is the all the more noteworthy when considering he has only started 20 Serie A fixtures for Lazio. And, considering his previous single-season best was five league goals, he has evidently reached a new level of performance in and around the final third.

Still only 22 years of age, Keita’s quality is obvious, and his upside impressive. Thus, Juventus’ interest in him is unsurprising—the Italian champions have a reputation for snapping up the country’s best young talent.

Perhaps what is most intriguing about the Senegalese’s potential signature is the variety of options it would present to Bianconeri head coach Massimiliano Allegri. 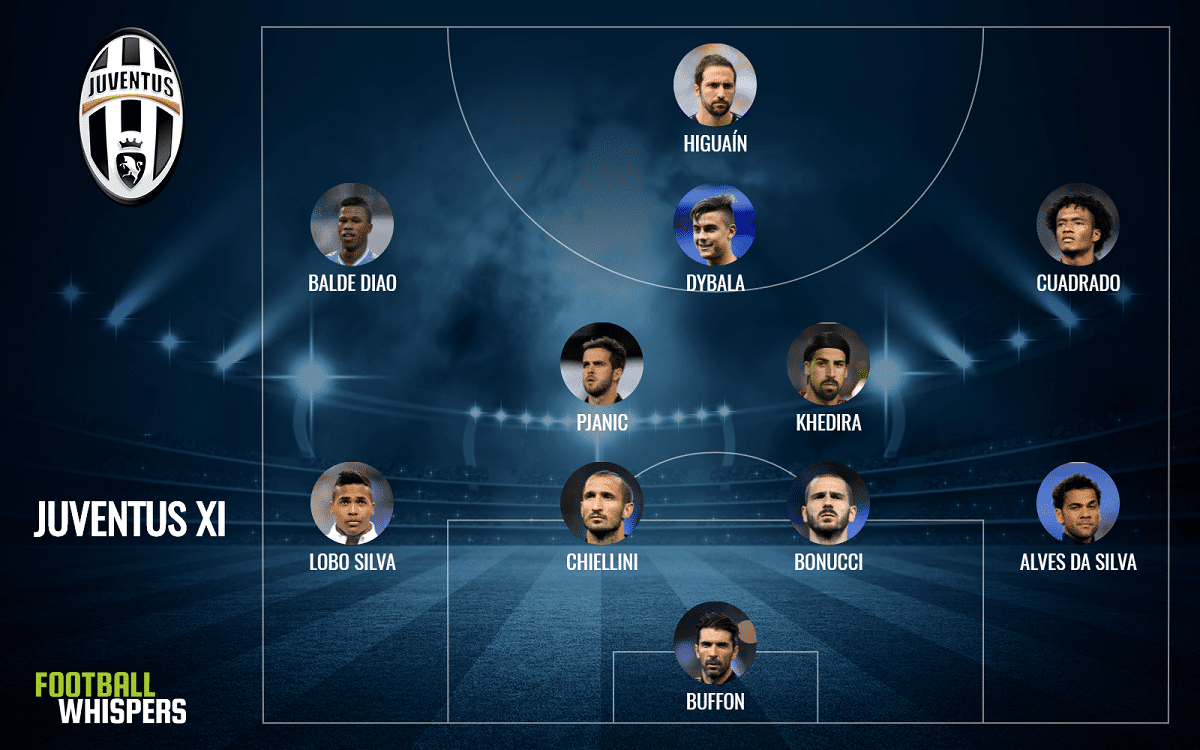 Perhaps the most obvious tactical role for Keita at Juventus would be on the left wing of the 4-2-3-1 system used by the Champions League finalists to great success this season. From this position, the attacker’s best assets can come to the fore.

The 22-year-old is extremely fast, with an explosive turn of pace that allows him to accelerate beyond defenders in an instant. He is also a tricky, quick-witted player, with a reasonable understanding of how to use his skills and body to best his marker.

Keita’s ability to beat a man is shown by the fact that within the Lazio squad this season only Felipe Anderson has completed more than his 1.7 dribbles per game.

However, in the Juventus system assuming one of the wide roles comes with defensive responsibilities, and the youngster has not yet shown a desire to undertake these on a frequent basis nor the required fundamental tactical understanding without the ball.

Mario Mandzukic and Juan Cuadrado have evidenced these qualities, hence why they have been able to succeed on the left- and right-hand side of Allegri’s 4-2-3-1 respectively. Both track back, both work the flanks non-stop, and both are intelligent individual operators.

Indeed, compared to Keita, the experienced and team-oriented pair make around twice as many tackles per game.

The versatile forward may bring enhanced attacking threat to Juventus, particularly if cutting in from the left onto his favoured right foot, but he would need to watch and learn from Mandzukic and Cuadrado’s work in the defensive and transition phases. 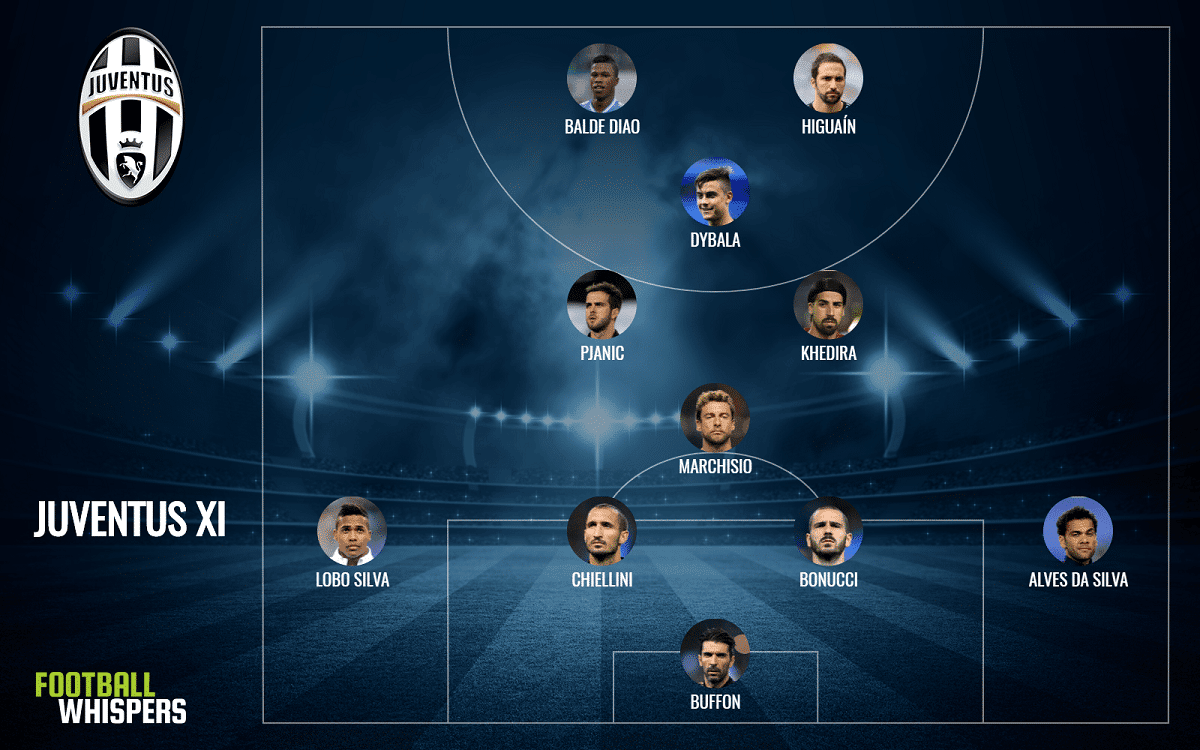 Allegri loves to alter his formation depending on many factors: injuries and suspensions; in-game changes; opposition tactics. However, despite the near-constant modification, he hasn’t made much use of the 4-3-1-2 shape this season.

The diamond midfield was instrumental to Juventus’ run to the 2015 Champions League final, a run that saw them eliminate the likes of Borussia Dortmund and Real Madrid along the way. The shape allowed Andrea Pirlo to dictate from deep, while Arturo Vidal was let loose to press and attack.

This system also allowed for something the current 4-2-3-1 set-up doesn’t, namely a strike duet. And, while the Turin club still occasionally opt for a partnership up top, the development of Paulo Dybala into more of a flat-out No.10 this season has left them with a lack of out-and-out striking options.

Were Juventus to line up in a 4-3-1-2 once again in the near future, the Argentine would undoubtedly be tasked with moving between the lines as the trequartista. This would leave Gonzalo Higuaín and Mario Mandzukic as the only possible duet, though the pair haven’t always worked efficiently together.

Keita isn’t an out-and-out striker himself, though he has increasingly found himself used as one by Lazio head coach Simone Inzaghi, who, like Allegri, relishes switching shapes for specific games and situations.

The Senegalese trickster was previously seen as a raw talent, one whose style outweighed his substance. But this has changed in recent weeks.

A gorgeous chipped finish against Palermo, a confident placed effort to seal the win over Roma, and well-taken one-on-one strikes against both Sampdoria and Fiorentina are proof of Keita’s increasing composure and precision in front of goal.

Within Juventus’ 4-3-1-2 he could form a tantalising strike combo with Higuaín featuring both pace and power, with Dybala scheming behind. 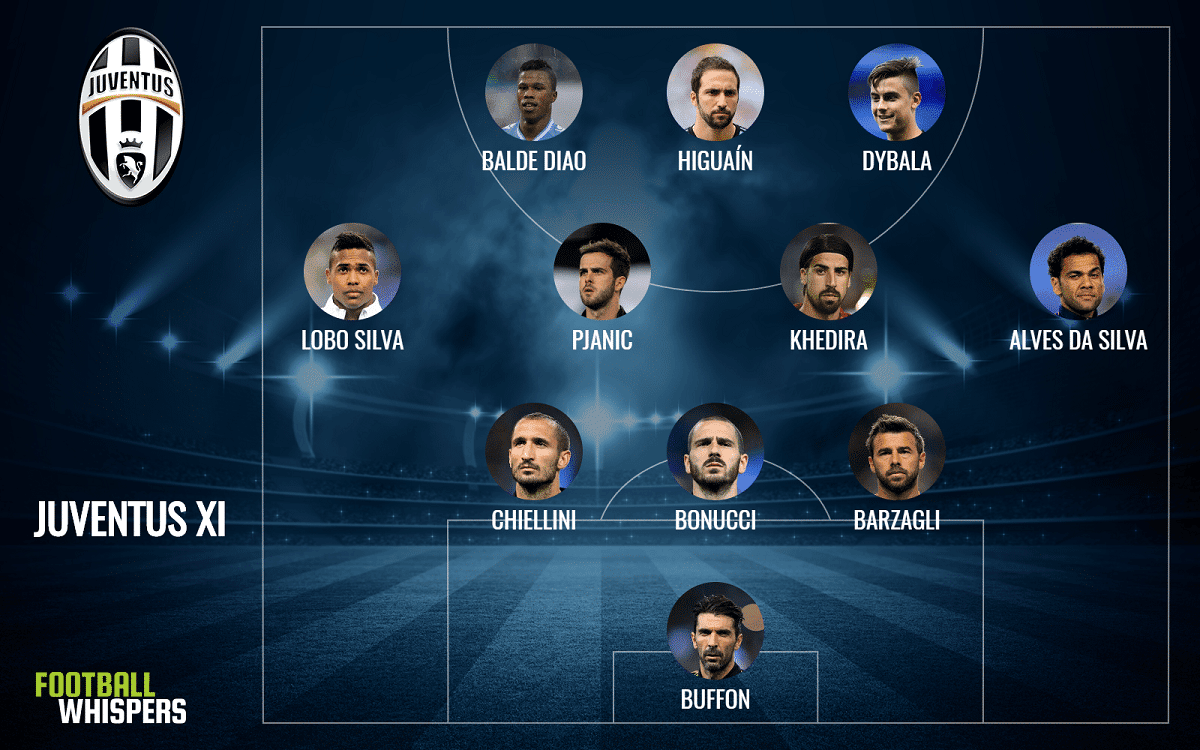 READ MORE: JUVENTUS ON VERGE OF HISTORY THANKS TO ALLEGRI

One of the most recent tactical shifts implemented by Allegri has been to institute a rough 3-4-2-1 formation not at all dissimilar to that popularised in the Premier League in 2016/17 by Antonio Conte and Chelsea.

Within this system, Higuaín leads the line while Dybala and Mandzukic play deeper to his right and left respectively. And the notion of Keita fitting into such an attacking set-up is an entirely imaginable one.

With a bruising, conventional No.9 ahead of him and a floating playmaker-cum-striker alongside him, the Senegalese would be encouraged to make runs from deep, potentially benefitting from the combinations of his team-mates through third-man runs off the ball.

Here, his sheer athleticism would prove a highly effective attacking weapon for Juventus. Even if Keita himself wasn’t the one getting on the end of chances, his speed would help to stretch the opposition’s defensive structure.