Chelsea have one of the most prolific strikers in the Premier League this season but recent reports claim they're looking to strengthen that area of the team this month.

Only Jamie Vardy (17), Sergio Agüero (15), Danny Ings and Pierre-Emerick Aubameyang (both 14) have found the back of the net on more occasions than Tammy Abraham (13) this season. Given a vote of confidence heading into the new campaign when Frank Lampard handed him the No.9 jersey, the 22-year-old has grabbed the opportunity with both hands.

The England international has been involved in a goal in the Premier League every 102 minutes. With Harry Kane‘s fitness a big concern for the upcoming summer tournament, there's a real chance that Abraham could find himself not only in Gareth Southgate's squad for Euro 2020, but in the starting XI.

At first glance, adding a centre-forward shouldn't be at the top of the West London club's to-do list. But, according to reports, Chelsea wanting to do just that with RB Leipzig forward Timo Werner topping their wishlist.

Those links have intensified over recent days with Werner revealing that playing the top flight of English football interests him. 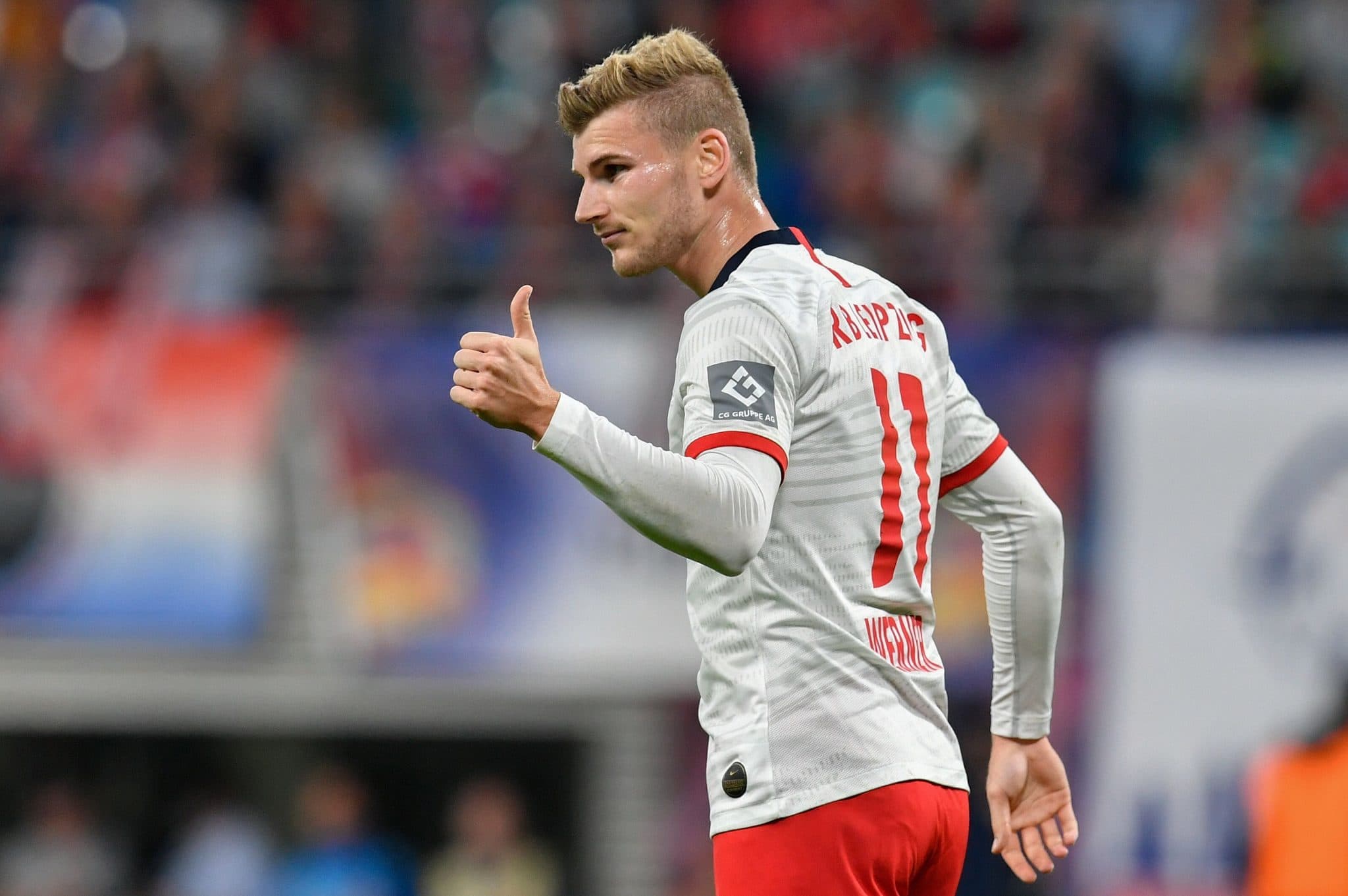 The23-year-old told German newspaper Bild: “The Premier League is certainly the most interesting league, you have to say. There is a certain flair to watching the English league and playing there.”

The Germany international has had a number of clubs courting him over recent months, with Liverpool and Bayern Munich rumoured to be the favourites to land him. However, it has since emerged that the former VfB Stuttgart man doesn't want to go somewhere he won't be first choice.

At Anfield, he has to compete with Sadio Mané, Mohamed Salah and Roberto Firmino for a place in Jürgen Klopp's starting XI. In Bavaria, he'd be battling with Robert Lewandowski to spearhead the attack. Furthermore, according to Bundesliga expert Raphael Honigstein, the German champions have withdrawn their interest.

Manchester United have been linked with the RB Leipzig No.11 previously but Ole Gunnar Solskjær now appears to be all in on Marcus Rashford and Anthony Martial. There's also the little matter of Werner wanting to play Champions League football, something not currently on offer at Old Trafford.

Chelsea can offer him first-team football and they're playing in Europe's elite club competition. And while the Blues appear to be in a good place when it comes to final third options, players like Werner don't often come up on the market. 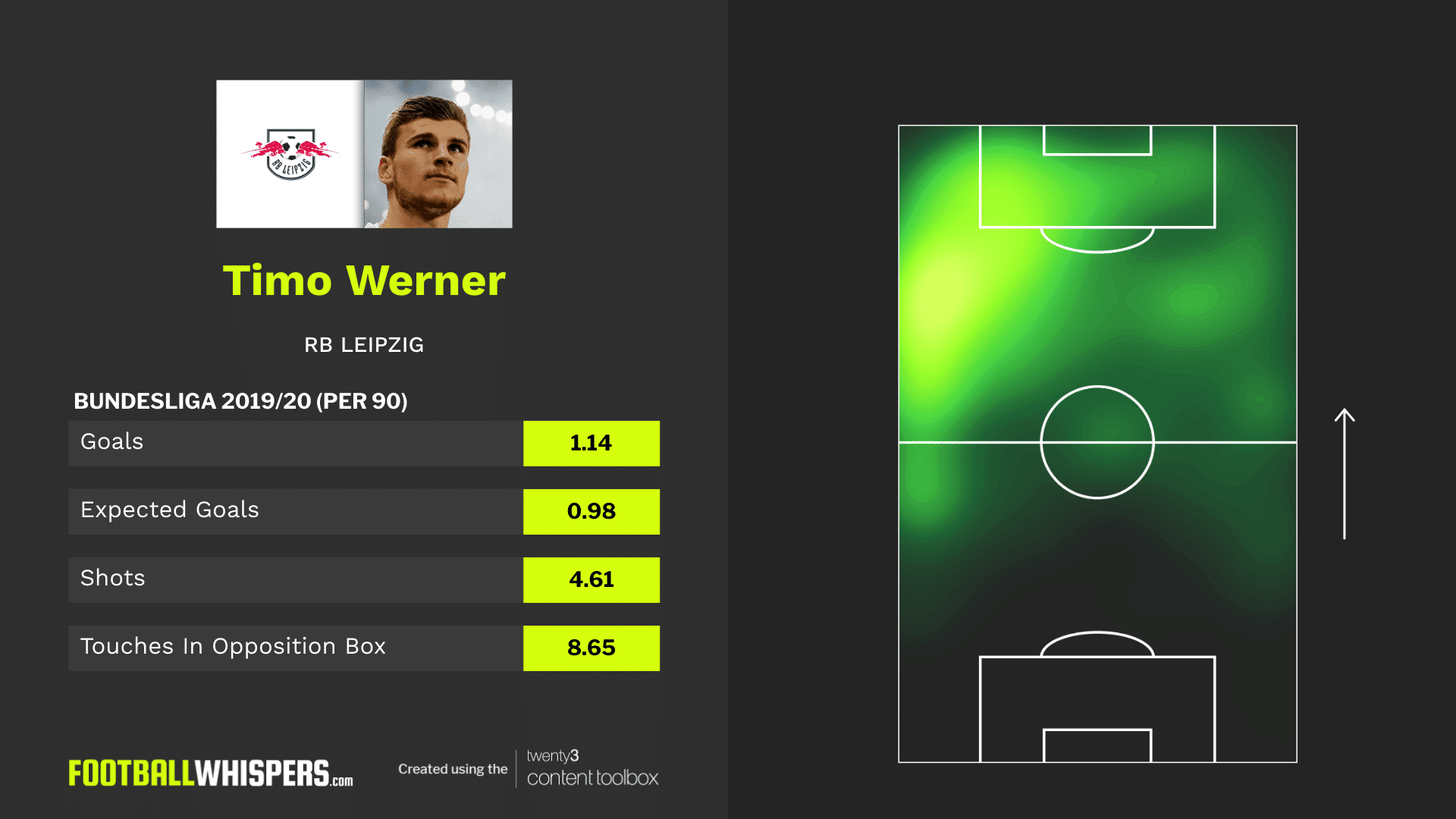 Under Julian Nagelsmann, the former left-winger has exploded this season. Deployed in a new role, Werner has embraced it.

“[Julian] Nagelsmann has said that I won’t be playing as an out-and-out striker for him as such, but more of a false 9,” the striker revealed.

“It has encouraged me to improve and develop myself, even when we come up against oppositions that sit deep. He’s helped me to make better use of space.”

He's responded with goals. And lots of them. He's averaging 1.14 goals from an expected goals average of 0.98. He's also upped his shot average to 4.61 while his touches in the penalty area have risen from 6.98 to 8.65. Werner has also tripled last season's total of goals scored using his weak foot, too, showcasing just how clinical and unpredictable he really is in the box now.

Werner's release clause, believed to be around the £45million mark, makes him a potential bargain. Abraham is impressing this season but this is his first at the top level. There's no guarantee he can replicate this form an,  if he can't, Chelsea are without a goalscorer in their ranks. 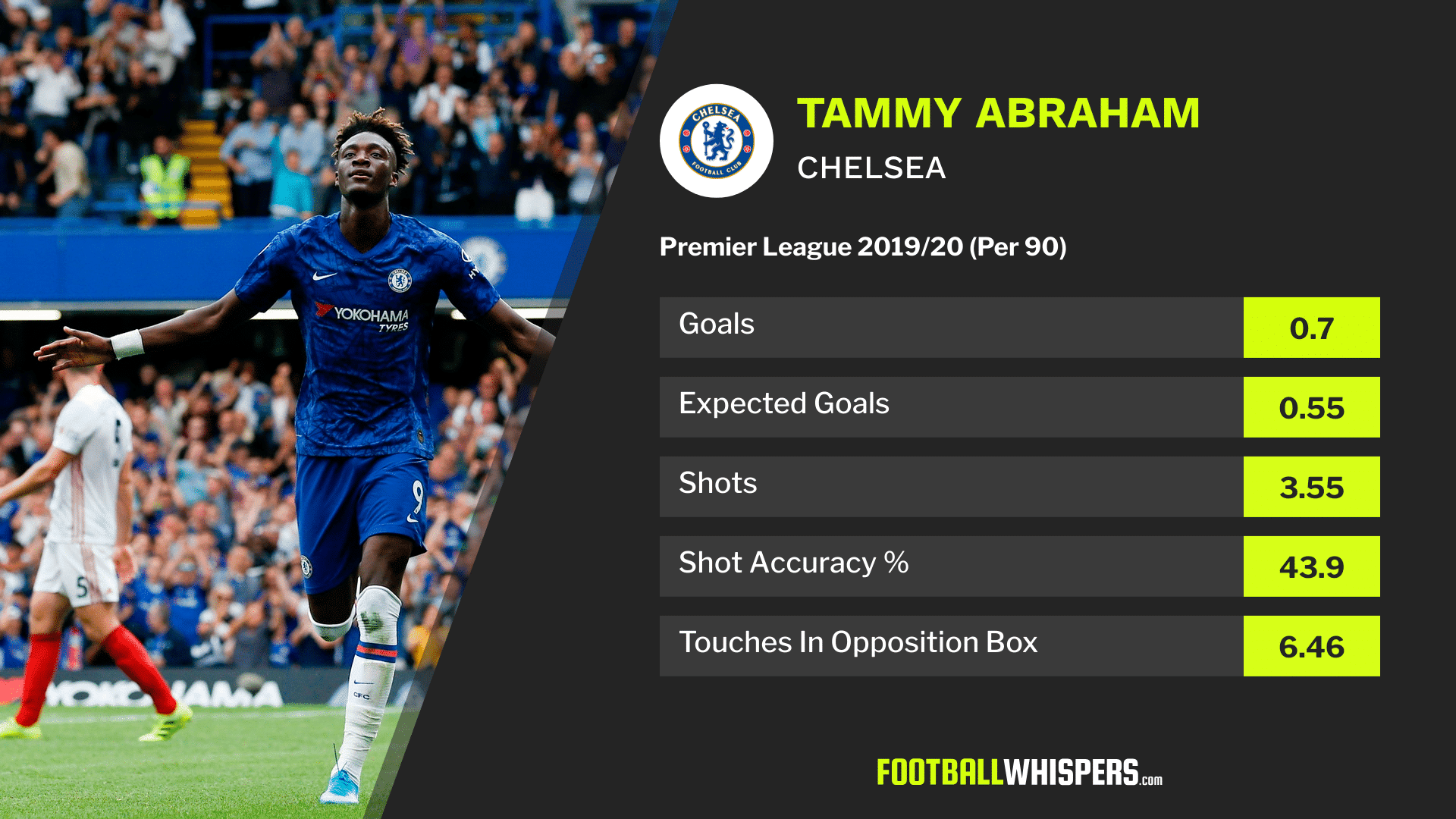 Abraham is impressing. He's outperforming his expected goals average, as all elite forwards do, and he's taking more than three shots per 90. That shows he's not just running hot and that his sort of output is sustainable. He's fairly accurate with his efforts, too, landing close to 44 per cent of them on target, a little behind Werner's 53 per cent.

But Werner has a track record of performing at the very top. He's scored 68 goals in 110 appearances since the switch to the Red Bull Arena. He's netted in the Bundesliga and he's fairly prolific for his country. You know you're getting goals when it comes to Werner.

Abraham has scored but only 18 of the 75 goals he's bagged have come in the Premier League. He could turn out to be the next Kane but a team of  Chelsea's standing don't need to take such risks.

The smart move would be to sign Werner and see how it goes. If Chelsea realise their current No.9 is the forward for them then the Germany international can be moved on without much of a financial loss.

However, if Abraham's form dips – as it sometimes does with young players – Chelsea wouldn't lose ground at the top of the table. It appears to be a win-win for Lampard and his team if they spend big to land the RB Leipzig talisman.