This is a preview of the Swedish Allsvenskan game involving second placed Djurgarden and Sirius. This meeting will take place at the Tele2 Arena.

Djurgarden make it to the game after being held to a goalless draw by Halmstad, while Sirius were at the receiving end of a 4-0 thrashing from Malmo. The top picks for this match would be:

Djurgarden have been in exceptional form when playing against Sirius. They have managed an average of three goals per match over the last four games. This does not make for a good reading in the case of Sirius, whose defence was already stretched in the 4-0 hammering from Malmo. Even though the visitors should not contribute much to the goal tally, there will be over 2.5 goals in the game.

Sirius to score under 0.5 goals

Sirius are without an away goal in the last two matches. They are up against a Djurgarden outfit who have kept a clean sheet in four out of the last five home games. There is a significant threat of Sirius failing to score any goals this match.

Match Preview of Djurgarden vs Sirius

Djurgarden will be able to jump to the top of the table if the results are favourable this weekend. The club are only two points behind Malmo, who have played a game more. Apart from looking at the top, the club also need to have an eye on the likes of Elfsborg and Norrkoping. Both clubs have been going through a decent improvement in results. The primary source of points for Djurgarden have been home matches, but the club cannot afford to extend the run of three draws in the last four.

Sirius are in a spot of bother since the club can slip further down the table if results continue to go south. The team has especially been unable to defend with much success and it is already showing in the -7 goal difference, which is the third worst record in the league.

Questions about Djurgarden vs Sirius 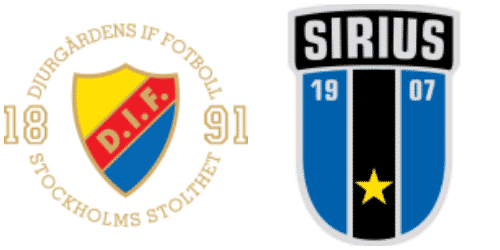 Where is the match scheduled? Tele2 Arena