Djurgarden are at home against strugglers Orebro to further cement their status as one of the favourites for the title that they conceded last season. Djurgarden had a stuttering conclusion just before the summer break and this preview hopes to identify the best tips for this match.

Djurgarden were held to a goalless draw by Goteborg in the last league outing. This was the second consecutive stalemate for Djurgarden, while Orebro fell to a second consecutive loss after being beaten 2-1 by Malmo at home. The best tips for this match are:

Djurgarden to win the game

Djurgarden are aiming for a win in the last five competitive outings against Orebro, who have been truly struggling in the division with only two wins from eight league outings. Djurgarden, meanwhile, an emerging as a strong contender for the title with the team only losing once this season.

Orebro to score under 0.5

Orebro have been very ineffective when it comes to away matches. Gazimba’s team have scored all of their three away goals in the single game against Hacken. Meanwhile, Djurgarden have been quite exceptional at the Tele2 Arena with only Malmo managing to breach their defence in the last five attempts.

Djurgarden may have been quite sensational at home with three wins and a draw from the four games, but they have also not been scoring a lot of goals. The vast changes to the squad might have an effect when it comes to finding on-pitch relationships between players. This could keep the goals down and it has not necessarily been the norm in this fixture, which has produced over 2.5 goals in the last four occasions.

Top Allsvenskan Numbers Ahead of Djurgarden vs Orebro Game

Even though Kim Bergstrand’s team did stutter in the last few weeks before the summer break, they still remain only three points behind Malmo with two games in hand. Following major changes to the squad during the latest transfer break, Djurgarden have their task cut out but they should have more in the bag when playing against teams at the bottom end of the table.

Orebro had a mediocre start to the campaign and the slide for the team started almost immediately in the second game of the campaign. Since then, there have been only brief glimpses of being able to get out from the drop zone. Vitor Gazimba has a tough job on his hands to even come close to getting the club back to the impressive seventh-place finish last season. At many stages already, Gazimba has shown his lack of experience but things can only improve.

FAQs on Djurgarden vs Orebro Game 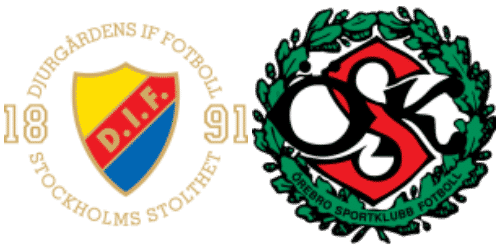 Where is the match scheduled? Tele2 Arena in Stockholm