Born in Birkenhead, Dean began his football career with hometown club Tranmere Rovers before moving on to Everton, the club he had supported as a child and where he played the majority of his career.

It was while at Goodison Park that Dean made his name in the game as one of the most prolific goal scorers that fans still talk about today. His exploits during the 1927/28 season, which saw him score a record 60 league goals, is one of the most incredible achievements for any striker and one which is unlikely ever to be bettered in the modern game.

Dean was the first Everton player to wear the iconic No.9 shirt and a statue to the great man was unveiled outside Goodison Park in 2001 to honour his achievements. But it wasn’t just at club level that Dean excelled, he also scored 18 goals in 16 appearances for England to secure his place as one of the greatest strikers this country has ever produced.

Bill “Dixie” Dean was about as classic an old fashioned centre forward as you could wish to see – the archetypal No.9. Across his career, Dean scored goals for fun for both club and country, was twice leading scorer in the First Division, and on both occasions Everton were crowned champions and much of this can be put down to his tigerish approach to playing the game.

Sir Matt Busby, who played against him, said: “When Dixie went up for the ball, he was almost unstoppable,” thanks to an impressive frame which had been forged thanks to working in a local dairy as a schoolboy and lifting heavy milk churns all day long. Despite fantastic ability on the ground probably his greatest quality was his astonishing aerial ability. “Ordinary players butt the ball with the crown of their heads,“ wrote a contemporary report at the time. “Dean artistically glides it downwards with the side of his head.”

He was a hard man too, something which was illustrated during his days at Tranmere when a kick to the groin in a match against Rochdale meant he had to have one testicle removed – it didn’t hold him back as he soon moved across the Mersey to ply his trade in the biggest league of them all.

Dean enjoyed an exemplary disciplinary record throughout his career and was never booked even though he was often on the receiving end of some fearsome physical attention from opposition defenders. However, off the field things were a little different as the Merseysider wasn't one to mince his words.

In one interview after his retirement, he claimed to have been dropped for an international game in Paris for refusing the soup of the day when the squad went for a pre-match meal, and it’s thought that his willingness to question the old blazer brigade that dominated the FA at the time was behind his surprising lack of England caps as, despite 18 goals in just 16 games for England, his international career was all but over by the time he was just 22. 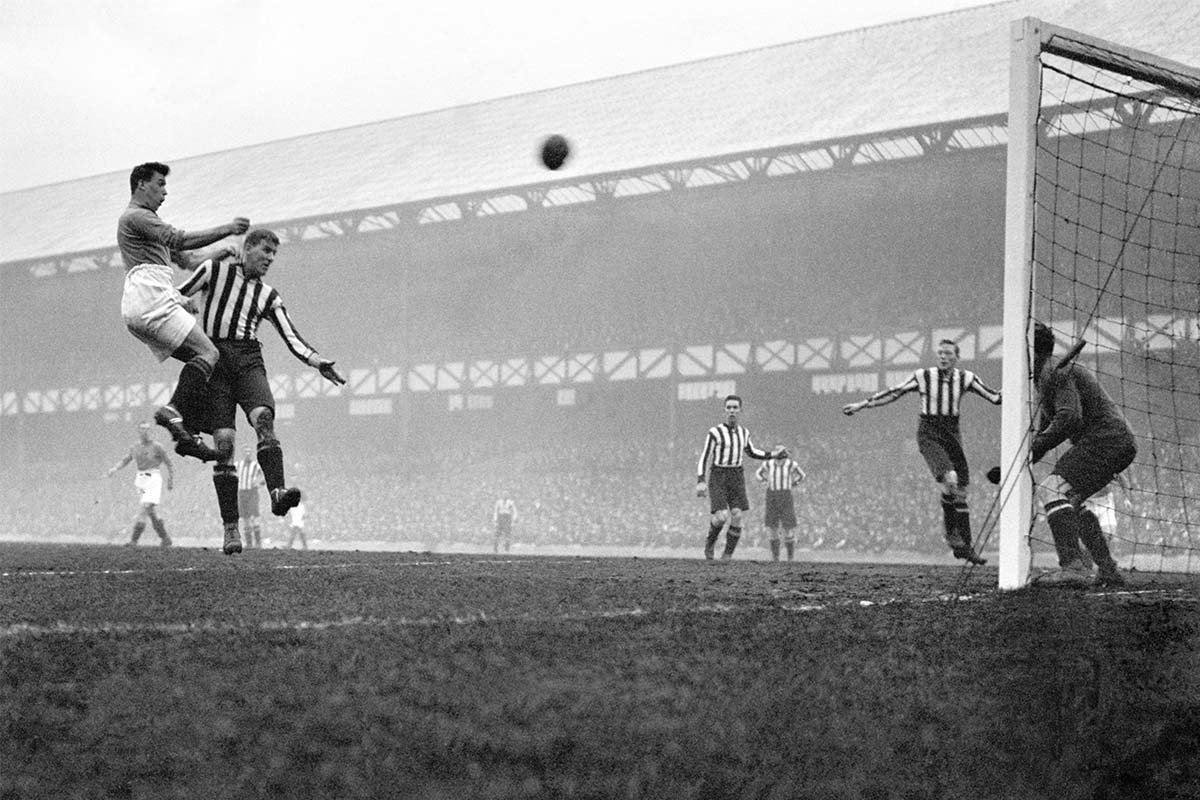 “My record stood for 40 years – 85 goals in 60 games – and now the best player in the world has broken it and I’m delighted for him.” That was Gerd Müller’s magnanimous and dignified reaction to Lionel Messi’s astonishing goal scoring feat back in 2012 when he beat the German’s record of 85 goals in a calendar year. But that statement should really have read 84 years.

Barcelona’s Argentinian genius scored his 86th goal of 2012 that December, with three more games to play and, despite breaking Müller’s record, what both players were probably unaware of was that almost half a century before one of the greatest English goal scorers of all-time had done the same.

No one has scored more goals in an English First Division season than Dixie Dean, whose 60 league goals in 1927/28 will surely never be beaten, but what often goes unnoticed is his 85 in one calendar year in 1928.

Although often remembered more for finding the net than winning silverware, Dean also lifted a number of trophies during his time in the English game. His record breaking 60 goals in the 1927/28 season meant the Blues were crowned champions, something they emulated  in 1932 before lifting the FA Cup in 1933 after beating Manchester City, with Dean getting on the score sheet in a comfortable 3-1 victory.

Such was the sheer volume of goals that Dixie Dean scored it’s almost impossible to single out one particular effort during his astonishing career. In the title winning season of 1927/28, a season which saw Dean score a record 60 times in one campaign, he managed to find the net in each of the first nine matches of the season – including all five in a 5-2 win against Manchester United.

By Christmas he was well on the way to his target. Goals 41, 42 and 43 came at Anfield in a 3-3 draw, but then a four game drought seemed to put the brakes on the race to 60, not to mention an injury which would keep him on the sidelines for a considerable amount of time. With nine matches remaining, Dean needed 17 goals for the record – surely too much to ask.

Declared fit for the final match of the season, at home to Herbert Chapman's legendary Arsenal side, Dean needed a hat-trick for the record and what followed was the stuff of Roy of the Rovers comics.

Having already scored two and now on a hat-trick Dean and his team mates now set about creating history, but Arsenal with their soon to be retired and legendary defender Charles Buchan, playing his final match, was eager to ensure Everton's young upstart didn't steal the show. With five minutes remaining Alex Troup sent over a cross and as the ball hung in the air Dean was there to power the ball into the net with his head for goal number 60.

William Dean was the ultimate goal scorer with machine like consistency. In an era when football was a million miles from the game it is today he was still able to produce numbers that any modern day forward would be proud of, often in more trying and testing circumstances.

He was also very loyal. He played for the club that he loved and they loved him in return. When Everton were relegated for a season in 1931 he stuck around to help them get back to Division One and lower division defences were no match for his abilities as he ended up scoring more goals than games that season.

There are some discrepancies regarding Dean’s official statistics due to the informal nature of recording statistics back then, but what we do know is that his abilities are unquestionable and but for the outbreak of war and a number of injuries brought about due to his physical style of play, who knows just how many more goals William Ralph “Dixie” Dean would have scored?