Both Teams to Score- Yes

Dinamo Zagreb look to overcome a slight deficit in aggregate against Bodø / Glimt when the two teams face off in the decisive Champions League second leg match.

Dinamo Zagreb will be counting heavily on home advantage when it comes to the Champions League. Only Manchester City have been able to pick up a victory at the Stadion Maksimir in the last three years. Even though Bodø / Glimt have a slender advantage, they have been quite poor when it comes to away games in Europe.

Bodø / Glimt were able to keep a clean sheet in the first leg but they may not be able to do the same away from home. The defensive record of Dinamo Zagreb has been very poor and they even conceded two goals in the recent domestic match.

Dinamo Zagreb have not been featuring in the group stages of the Champions League for the last three seasons. Despite trailing on aggregate, home turf should provide Dinamo Zagreb with some level of hope. Dinamo Zagreb will also be aware that Bodo/Glimt have struggled on their travels.

Bodo/Glimt have a decisive advantage coming into the second leg after the narrow victory in the first. Now, Bodo/Glimt are looking to make use of their advantage and reach the Champions League group stages for the first time.

Dinamo Zagreb: Josip Misic is the player unavailable for Dinamo Zagreb due to a suspension after yellow card accumulation.

Bodø / Glimt: Sondre Brunstad Fet, Brede Moe, Morten Konradsen, and Ola Solbakken are the players missing from action for the visitors. Sebastian Tounekti is unavailable for the game despite returning from a loan spell. 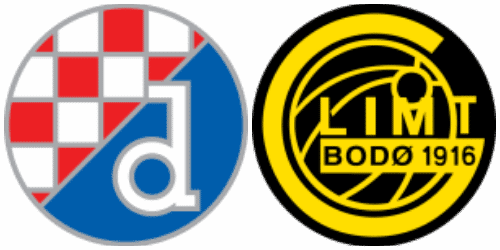