This will be a preview of the first leg of the Champions League qualifiers between Dinamo Tbilisi and Neftci at the Boris Paichadze Dinamo Arena. This will be the first meeting between the two clubs.

Dinamo Tbilisi are in the middle of the Georgian Erovnuli Liga and they are fighting for the top spot along with Dinamo Batumi. Dinamo Tbilisi suffered a setback in the title race following the recent 2-1 loss to their title rivals. Neftci have been involved in a couple of warmup friendlies ahead of this match, as the Azerbaijan league finished with the team beating Qarabag by two points. The best tips for this match are:

Dinamo Tbilisi have had several setbacks at home in recent weeks. The 2-0 win over Lokomotivi Tbilisi is the only success for the team in four home games. The team from Georgia, though, will be keen on banishing memories of the first-round exit last season. Neftci are on a high after winning the first league title since 2012-13. Samir Abbasov has done an excellent job, but Dinamo Tbilisi might be in a better position with their season still on.

Abbasov will be confident of his team inducing scare within the opponent due to their goalscoring exploits. In the domestic Azerbaijan league, Abbasov’s team had been scoring for fun in away games. This position coupled with Dinamo Tbilisi’s defensive troubles – one clean sheet in the last four home games – make this market quite attractive.

Dinamo Tbilisi are low on confidence after back-to-back defeats. However, the team remains in a better physical shape since the campaign is still on. Neftci are taking to the pitch for their first competitive action in more than a month. There could be some late goals in the game due to the potential fitness issues for the visitors.

Dinamo Tbilisi might have enjoyed immense success in Georgia, but they come into this game on the back of a defensive crisis. The likes of Victor Mongil have left the club and this leaves coach Kakhaber Tskhadadze with very few defensive options. The team has already been vulnerable at the back and the latest complication could only make things worse.

Neftci have a lot of positives lined up like the presence of many goalscorers in the squad. The market has suffered not been able to weaken the team to a huge extent. The departure of players like Keisuke Honda, Thallyson, Joseph Monroe, and Anton Kryvotsiuk is likely to keep the team in a spot of bother.

Questions about Dinamo Tbilisi vs Neftci 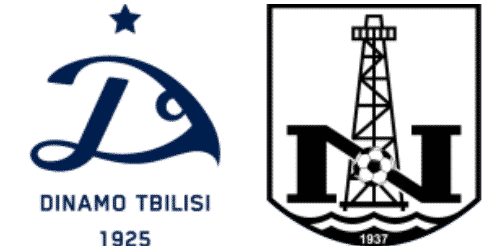 Where is the match scheduled? Boris Paichadze Dinamo Arena

Which team is the favourite to win? Dinamo Tbilisi