One of the closest duels in the first round of the new season in Champions League is the Dinamo Kiev vs Benfica matchup. So, let's check this game out in more detail.

Our free betting predictions and tips for Dinamo Kiev vs Benfica

If you are struggling to decide on the best bet for the Dinamo Kiev vs Benfica duel, check some of our favourite betting tips for this game.

The last two head-to-head duels between Dinamo Kiev and Benfica have ended with Benfica winning, so we expect to see the same in their upcoming duel as well. Both teams are in good form, but Benfica is playing in a stronger league and they are probably more accustomed to difficult matches thanks to the level of competition. In any case, we also think that Benfica is the better team, so our first prediction is for the guests to win the game.

Both of the previous two duels between these teams have gone under 2.5 total goals, so we expect the same from their next meeting. Furthermore, Benfica conceded just one goal in their two duels with PSV in the Champions League Qualifiers, so they obviously know how to play on result. Meanwhile, Dinamo Kiev has been scoring a lot of goals, but it's in a weak Ukrainian league.

Top odds and stats for Dinamo Kiev vs Benfica

If you are looking for the best Dinamo Kiev vs Benfica odds, we have a selection of odds from the top betting sites right here:

Dinamo Kiev vs Benfica preview: Will we see a hard-fought duel?

The Ukrainian champions have started the new season in a dominant fashion, with six wins and one draw in the first seven matches in the league. Furthermore, the team already has a +20 goal difference, so it's clear that they are in great form. On the downside, Dinamo Kiev currently has six players on their injury list, so they won't be able to field their strongest team against Benfica.

After they finished third in the Portuguese league last season, Benfica entered the new season with a chip on their shoulder. However, the team started the new season in great fashion, with five straight wins in their domestic league and a with a 2-1 aggregate win over PSV in the last round of the CL Qualifiers. Almeida will miss the upcoming game due to injury, while Verissimo is out due to suspension. 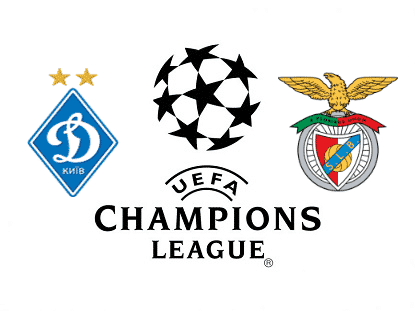