Diego Costa doesn’t necessarily have to play well in order to have an impact on proceedings. There are lots of big strikers who focuses solely on scoring goals, but his off-field antics give him an edge over similar forwards. He’s always willing to mix it up with players, but there’s more to it than swinging elbows wildly in the vein of Marouane Fellaini. Sheer power and aggression play a part, but temperament is what separates the Spaniard from the rest of the pack.

Does his behaviour sometimes highlight his limitations rather than his strengths? Possibly, but the fact is that Costa is irreplaceable at the Bridge, despite rumours he was close to leaving for Atlético Madrid in the summer. The club was quick to block a move away, especially after their prolonged pursuit of Romelu Lukaku ended in failure as Everton continued to raise their asking price for the Belgian international.

Maybe it’s the sight of the forward as he picks up pace, his body juddering ever so slightly with the sheer power he expels. It’s evident in every move he makes. There aren’t many players who wear a look of disgust after providing a perfect back heeled pass, but Costa takes himself seriously, often playing as though it’s the most important game of his life.

His shots are hit with venom, and he’s always scouting for opportunities to leave his mark on an opponent, whether physically or psychologically. He takes more than his fair share of knocks, and hits the deck as though he’s under enemy fire at the slightest provocation. Costa ruffles feathers in the style of Kevin Davies or Alan Shearer, but he’s always willing to go the extra mile as long as he doesn’t get sent off.

It’s no wonder that many rival fans hold him in contempt given his fondness for the dark arts, and he revels in his role as a hate figure for those in the stands. Underneath it all, he may be a little aloof, but there’s no sense that he’s anything other than a pantomime villain. 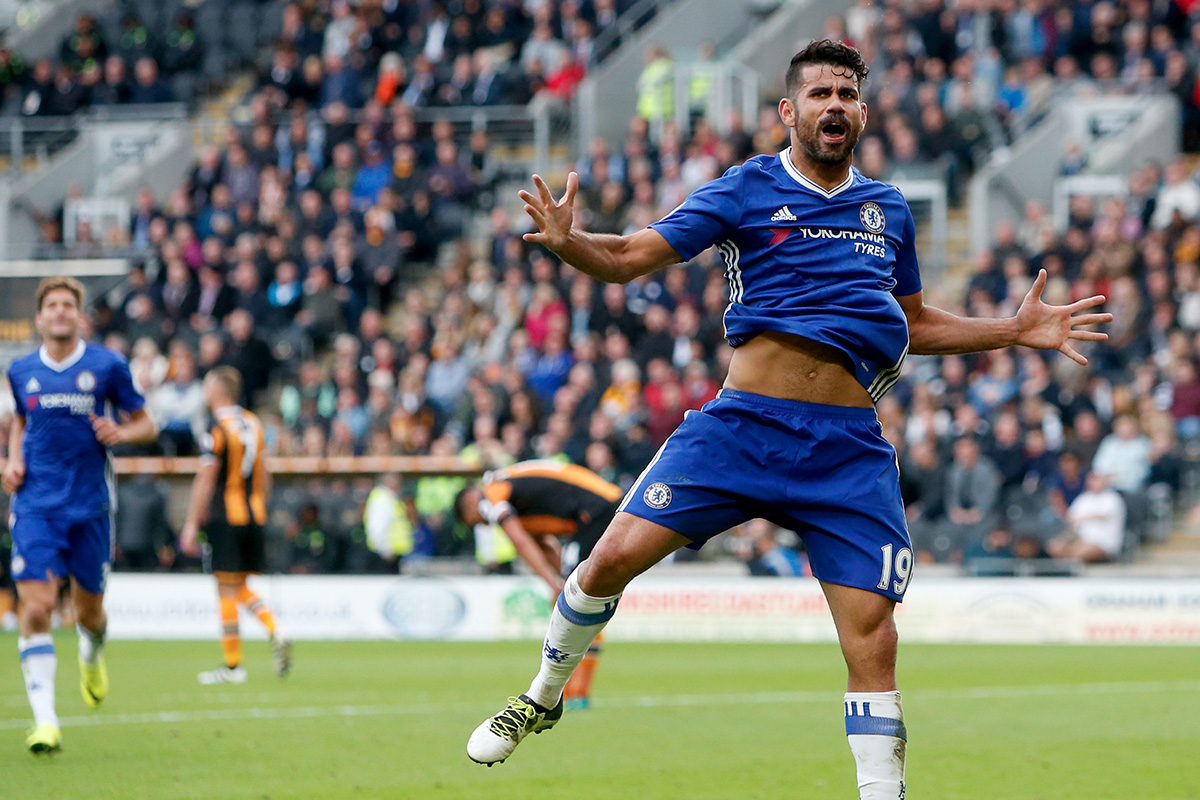 He probably leans on that reputation whilst he’s on the pitch, but he still does enough charity work to show that he’s no monster.

The risk of recurring injuries will always be a worry for the player, especially considering his issues with maintaining weight in the off season. It’s another aspect of his personality that separates him from other modern footballers, and it means that every game is played on a knife-edge, as he struggles to keep his body in check while his emotions run wild.

Diego Costa isn’t just a unique specimen in the Premier League. He also offers his national team something a little different compared to his compatriots. The striker has had a somewhat difficult time since making his debut for the Spanish national team in 2014, notching just three goals in 12 appearances.

He was overlooked for Euro 2016, with Fernando Torres being the other high profile casualty as Álvaro Morata was chosen to lead the line. The Chelsea striker made his feeling known after a 2-0 friendly win over Belgium in September 2016.

“If I played for Real Madrid or Barcelona and I was Spanish-born, everyone would be saying what a great game I had – possibly my best performance with the national team. I get criticized for my character, but I have also got quality as a player… Sometimes I lose the plot a bit – like other players, but if it's me…”

It’s true that his reputation is sometimes a double-edged sword, with referees paying closer attention to his antics after a number of high profile incidents. Costa is adored at club level by his home fans, but it’ll be a struggle to gain anything more than begrudging respect from a wider audience. 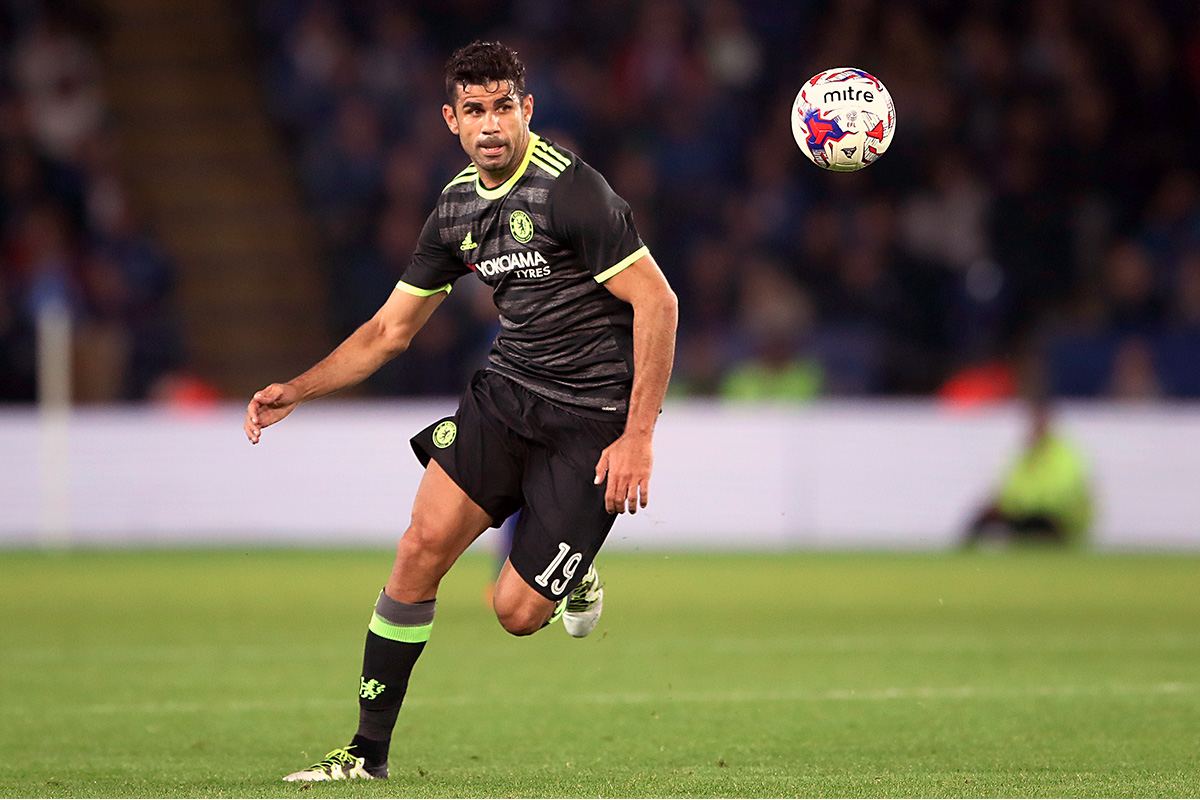 Of course, controversy is never far away when Costa is in his pomp, and it can sometimes detract from his overall game. Regardless, without the hunger he would be a completely different player, and he’d lose the directness that makes him so effective if he tried to curb his natural instinct to be a terrible person for the entire 90 minutes.

He might not have the best passing range, but Chelsea aren’t crying out for a false nine. They need a solid striker who will get goals, with enough of a threat to occupy two (often massive) defenders on his own up front for the majority of the match. Costa fits the bill perfectly, and nobody can emulate his style to such great effect. He’s comfortable with his back to goal, but he’s still fast enough to accelerate away from chasing defenders if need be.

In some ways, Harry Kane could be considered a throwback. His larger frame and shot power make him similar to Costa in a number of ways, although he lacks the sheer bite and ferociousness shown by the Spaniard. If Kane was a well-trained thoroughbred, Costa would be the one that causes owners to cross the road, just to be sure.

They would be right to, as he struggles to play nice, and he’d probably find it difficult if he tried to emulate the Tottenham forward.

Romelu Lukaku might have been seen as the ideal replacement if Costa decided to leave, and there’s no doubt that he would have scored a hatful of goals if he made the move back to London. Nonetheless, he too lacks the aggression shown by the man brought in to replace him, despite being able to match Costa in terms of speed and strength. Luis Suarez and Jamie Vardy arguably have the same mentality, although their mobility and pace allow for greater speeds as they snap tackles at defenders repeatedly while pressing.

Zlatan Ibrahimovic is probably the closest to Costa in terms of being a big man who bullies defenders, but he has come to rely on a different skillset in his twilight years. In comparison, Costa still has the power to burst away from chasing attackers, while Ibrahimovic uses his technical ability and unorthodox style to gain space on the pitch.

Watford striker Troy Deeney could certainly match Costa in terms of strength and directness, and he’s not the type to get bullied on the ball. Regardless, he has little interest in play-acting, as seen when team-mate Juan Carlos Paredes attempted to get Costa sent off during a 0-0 draw last season.

It’s a sign of the modern game, as technical players continue to shine when compared to their clunkier counterparts. Smaller forwards are becoming commonplace, meaning that there aren’t many strikers like Costa and Ibrahimovic around anymore, especially at the highest levels of competition.

He’s moody and petulant, and swings his head about more than a 90’s raver. Regardless, he’s one of the last pure strikers in the Premier League, with the added bonus of being willing to do whatever it takes. If he does leave for Atlético Madrid in the next few seasons, Chelsea may have to fling their net a little further than the Premier League to find a replacement.
Arguably, there’s nobody out there who does it quite like Diego Costa, and his unique set of skills probably deserve more respect than he currently receives.