With a nickname like Didi, it’s clear the man known to his parents as Waldir Pereira hailed from Brazil. You’d be forgiven for not knowing more about one of the greatest players in the sport despite his achievements having future echoes that are still being felt today.

This is the man who helped to mastermind multiple World Cup triumphs for the team in yellow. The one who invented the folha seca (dried leaf) shot popularised recently by none other than Cristiano Ronaldo. It honestly has to be seen to be believed.

Sure, everybody remembers Pele and Maradona, but what about Didi’s story? He was one of many players of the era who learnt his trade playing barefoot on the streets, but there was always a chance that he would never have been able to take to the field in the first place.

An injury to his right knee became badly infected at the age of 14, and the wound left him in a wheelchair for six months. Showing resilience that wouldn’t be out of place in a Hollywood blockbuster, he arose to become one of the greatest players of his generation.

He came back to sign for his local side, before climbing the ranks of the domestic league in between stints in the army and impressing for the national team.

When Real Madrid signed Didi in 1959, the stage looked all but set. The story goes that he ended up having issues with the legendary Alfredo Di Stefano, who wasn’t willing to share the limelight with another superstar of the highest calibre. Didi was frozen out of the squad, despite being named as the Player of the Tournament in the 1958 World Cup.

The situation with Di Stefano may have played a part with his problems at Los Blancos, but it’s also true that he wasn’t a fan of the rough and ready style favoured in Spain at the time.

“My shirt and socks would still be spotless by the end of a match and they [the Spanish fans] couldn't get their heads round it. I used to have to grab a handful of mud and smear it across my shirt. Why should I have to do that, when I could attack and put our strikers through on goal? The fans used to get so angry.”

It could have been one of the biggest moves in European football, but it ended with DIdi returning to Botafogo of Brazil once more. He spent the rest of his career far from from the limelight of European football, and never got a chance to add to the solitary European Cup he won in 1960.

He continued to win accolades and trophies as he travelled across North and South America, but there’s still a sense of what could have been if circumstances had been slightly different during the pinnacle of his career.

For all of his natural ability, Didi is remembered for a completely different set of skills, which allowed him to continue his career long after his body started to give way. He was known for his intelligence and revolutionary tactical nous, which helped to keep him one step ahead of the cumbersome defenders of his era, and he played with a languid style that was sometimes mistaken for a lack of effort.

The story goes that he slept with a football under his pillow so he could touch it at night, it was clear that he had something that many players lacked. He had a true love for the game, and it showed when he helped his nation win the biggest tournament of all.

He truly made his mark in international tournaments, winning back to back World Cup trophies with the all-conquering Brazil team of the late 1950’s and early 1960’s. Once again, Pele and Garrincha tend to hog the limelight thanks to their sublime skill and unpredictable styles, but many forget that Didi was the one pulling the strings behind his more eye catching cohorts. 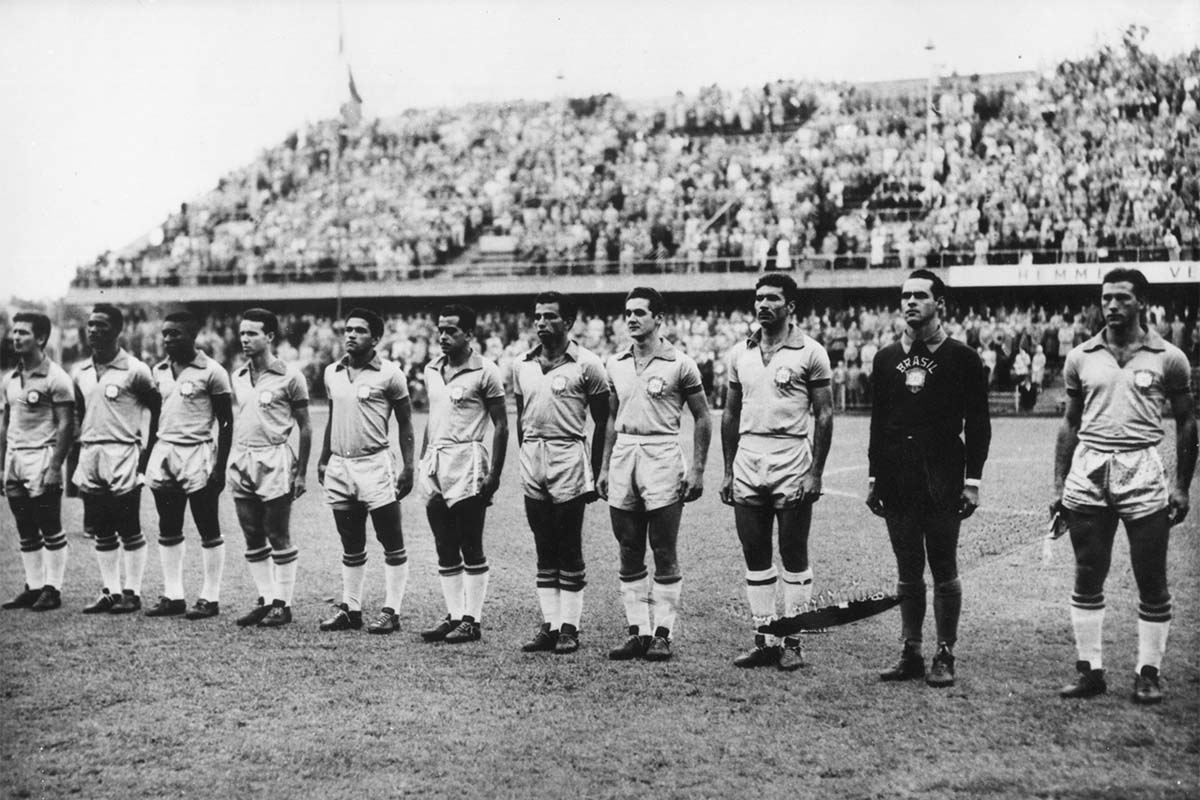 Pele himself acknowledged the impact of Didi during the 1958 World Cup, as well as how he viewed his compatriot at the time;

“I´m nothing compared to Didi. I'll never be anywhere near as good as he is. He´s my idol, he's the guy I look up to. The very first picture cards I bought were of him.”

You can’t get more of a ringing endorsement, and it goes to show just how important Didi was to the team, as well as personally to Pele.

Such was his passion for the sport, Didi’s playing career was only one step in his quest to oversee every aspect of the game. It’s well documented that he was a true leader in the dressing room, and his knowledge of tactics naturally helped him make the transition into management, which prolonged his involvement in the game for nearly three more decades.

He first took charge at Sporting Cristal of Peru, while he helped Fenerbahçe to a couple of titles during the mid 1970’s. He also managed to take the Peruvian national team to the quarterfinals of the 1970 World Cup, where they eventually fell to his national team after a spirited display.

His managerial career ended in 1990, and one of the greatest players of his era passed away in 2001 after suffering from intestinal cancer.

He’ll be remembered for all of the right reasons. He was a true servant to the sport, and there was a sense that he never forgot just how close he was having one of his legs amputated, as well the poverty his skills allowed him to escape from in the first place.

His lauded free kick technique led to spinal problems which affected him in later life, (due to the sharp twist at the end of the shot) but his legacy is about more than what he achieved while he was on the pitch.

He may not be as well remembered as many of those around him, but the first man to score at the Maracanã will always burn brightly in the memory of those he played with, as well as those who were lucky enough to have a pitchside view of one of the greats.