No matter where he’s called home over the years, Xabi Alonso has always made an impact. This could not have been clearer when back in March the Spanish midfielder’s announcement that he would be retiring at the end of the current campaign was met with fans from across the globe all taking to Twitter to shower praise on the 35-year-old.

The Basque native is currently plying his trade in the Bundesliga with Bayern Munich, as he has been for almost three seasons now, and faces his previous employers Real Madrid in the Champions League tonight with a place in the semi-final on offer to the victors.

He's plotting the demise of the club he won the very same competition with back in 2013/14. Alonso was forced to sit out the final due to suspension but the images of him running off down the touchline to celebrate Gareth Bale's goal live long in the memory.

Just three months after that iconic celebration he was a Bayern Munich player with the German giants parting with a reported £8million to secure the services of the playmaker.

To some it was a surprise. The midfield general had appeared in over 40 matches for Los Blancos during the 2013/14 season. He was still considered to be an important member of the squad, even at the grand old age of 32. However, the former Liverpool star wasn't oblivious to the fact Florentino Perez, the president of Real, had bought his replacement just two months after the Champions League win.

Manchester United transfer target Toni Kroos arrived from Bayern Munich for a reported £24million. The then 24-year-old put pen to paper on a six-year deal at with the La Liga club.

"Barca are passing the ball least 25 times to reach the goal, While Madrid's Xabi Alonso doing this all in a single pass."

Alonso cited the fact he needed a new challenge as the reason behind him leaving the club just six months after signing a two-year contract extension to the press pack at the Santiago Bernabeu.

“New motivations are needed. I wasn't going to be at the level I wanted,

“We had managed to win La Decima, Madrid's long-awaited 10th European Cup, and I thought it was right to try something new with one of the world's best teams and in one of Europe's top leagues. I was grateful to Real Madrid for letting me go even though I had a contract that was due to run until 2016.”

Deep down the Spanish International midfielder would have known Perez would have wanted his newest galáctico, Kroos, in the starting eleven whenever possible and that put him at risk of being left out. He didn't want to see the remaining years of his career ebb away while sitting on the bench.

As the 2014 summer window came to a close it appeared as though Real Madrid had parted with £20million and Xabi Alonso to sign Toni Kroos.

The German adapted to life in Spain and became an integral member of the team under Carlo Ancelotti, Rafael Benitez and Zinedine Zidane. During his time there the club have won an 11th European Cup and look destined to win wrestle the La Liga crown from rivals Barcelona this season.

Alonso has added a number of trophies to his cabinet during his time in Germany and looks on course to add a third consecutive Bundesliga title to his collection before he hangs up his boots in May.

The moves worked out for all parties involved. But were Real Madrid too hasty in allowing their Spanish maestro to leave?

Why Real should have kept Alonso

The former Real Sociedad midfielder is still one of the most technically sound players in world football, even if he is 36-years-old this year. He would have been an asset to many of the elite clubs in Europe over the past three seasons, especially ones who play possession based football.

Zidane's Madrid may not be as pure in terms of playing style as a Barcelona but players with quality on the ball are always welcome. They seem to soak up pressure these days before looking to hit teams on the break. If you have a player of Alonso's calibre providing ammunition to the likes of Cristiano Ronaldo then it's a recipe for success. 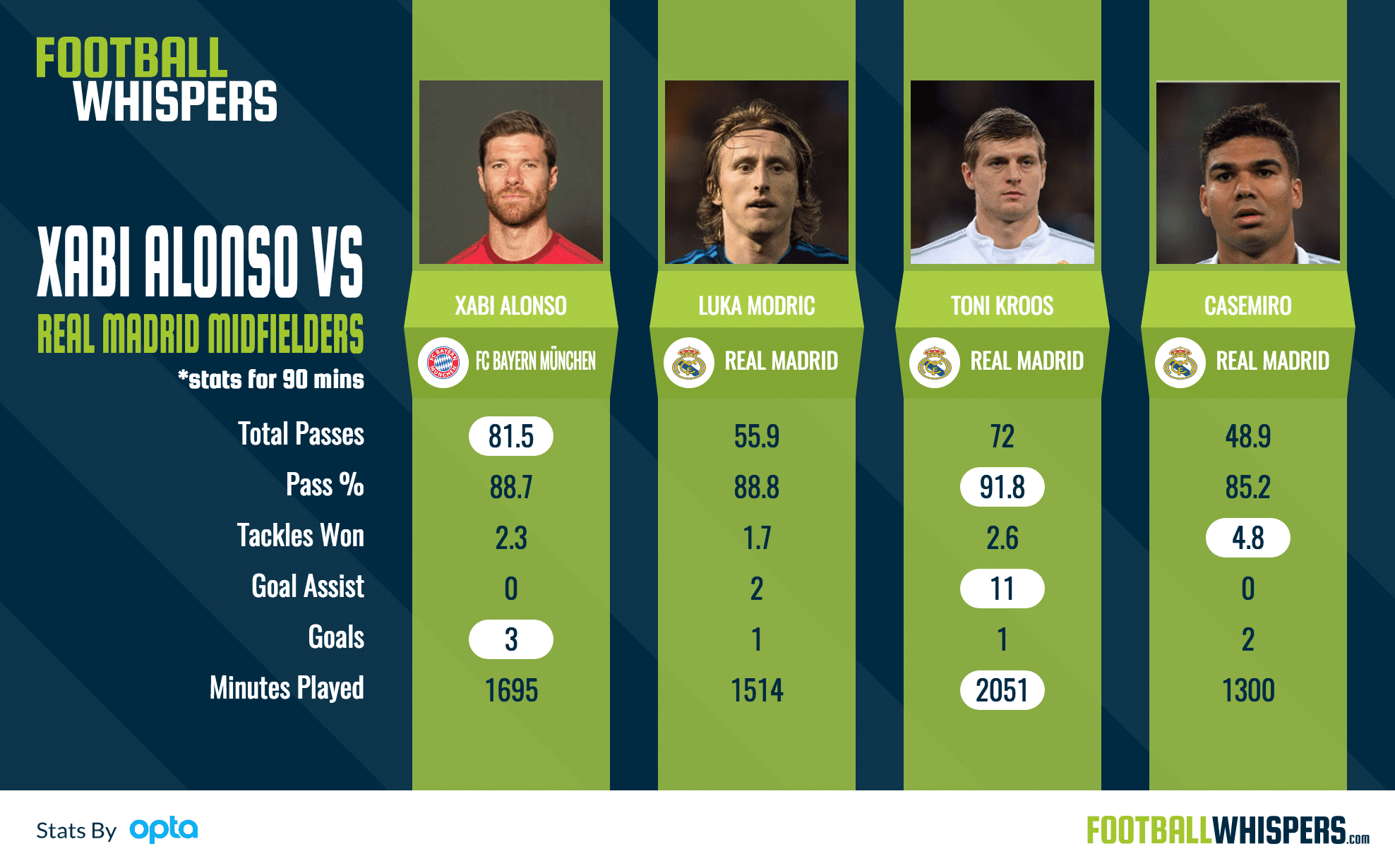 Even now Alonso is still delivering on a regular basis for Ancelotti's Bayern Munich side. When compared to the Real Madrid trio of Casemiro, Luka Modric and the aforementioned Kroos it's the Bayern man who comes out on top in terms of passes per 90 minutes. In terms of pass completion he's up there with his Madrid counterparts too.

Something else worth noting is his last season in Spain saw him average 0.8 key passes per game in La Liga but since his move to Germany his average has never been below 1.3.

Of course it's different leagues and the teams play different systems but the stats indicate he's still been able to do a job at the heart of a highly energised Bayern side. There's no reason he couldn't have done the same in the Spanish league. 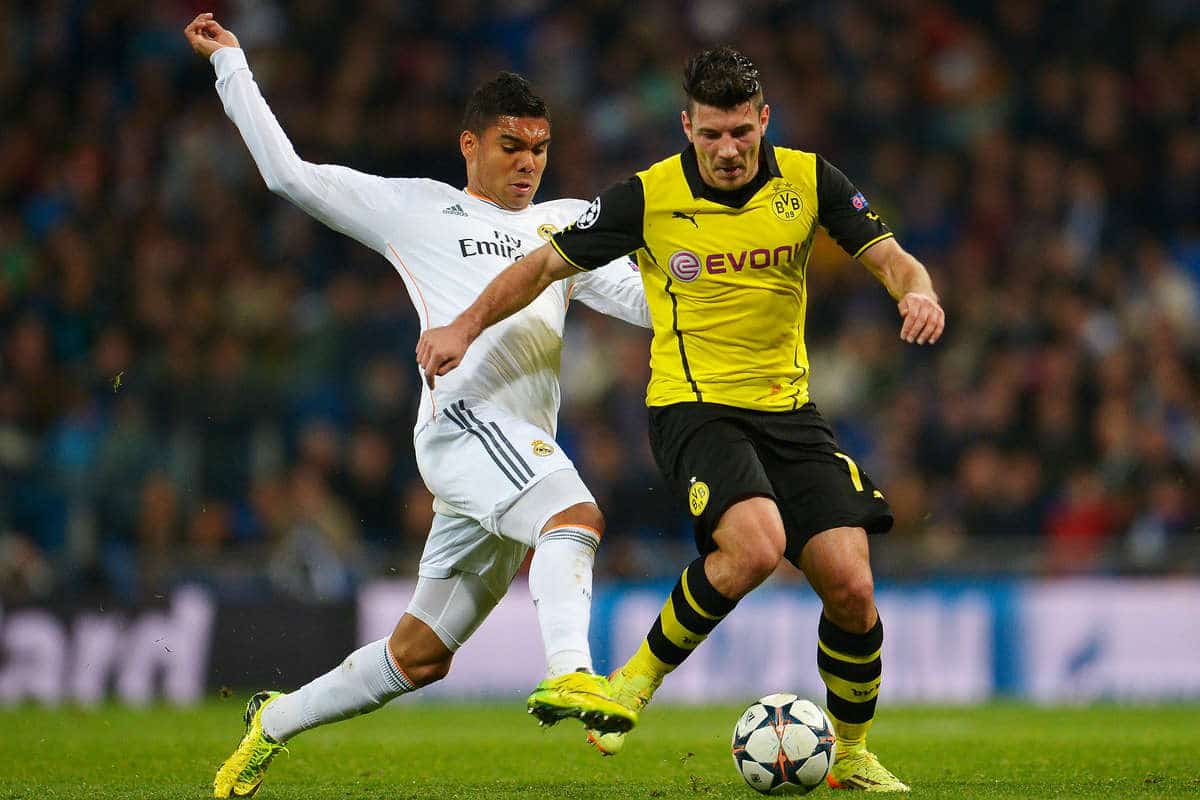 Why it was right to let Alonso leave

That said, had he resisted the urge to trade his white kit for a red one would we be seeing the same Alonso as we are today?

He wouldn't have been playing regularly and therefore would have lost a bit of sharpness. His move enabled Kroos and Modric to become the players they are today with many believing the latter is one of the best players in the world. Would the Croatian have been able to achieve that with Alonso's shadow looming large over him?

His departure resulted in Casemiro bursting onto the scene. The Brazilian is now the balancing act for the Madrid midfield, his importance can't be measured and without him they just aren't the same team. 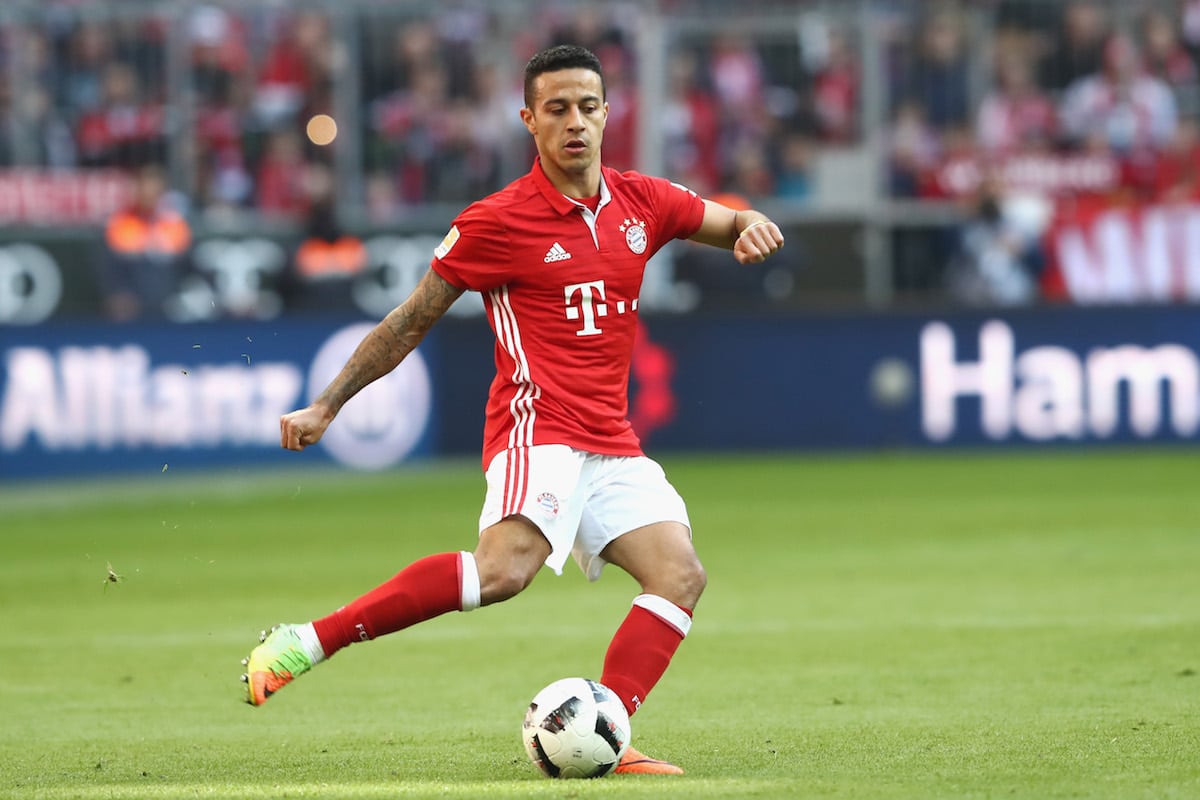 READ MORE: WHY THIAGO IS NOW INDISPENSABLE TO BAYERN MUNICH

On a personal level it helped Alonso grow. He's had a new lease of life at Bayern and has been able to help in the development of Thiago Alcántara.

The former Barcelona midfielder initially struggled in Germany due to injuries and increased pressure but he's since matured into a key player for the Bavarian side. No doubt aided by his compatriot beside him.

He got to work under Pep Guardiola which would have been an education for someone who has been vocal about going into coaching. Finally, and most importantly, he got to see out his playing career as an important member of the first-team squad.

The move was perfect for everybody. There was no mistake made. However, those in white might not be saying that if Alonso plays an instrumental role in knocking them out of the Champions League.