There’s no disguising the fact that Manchester United have been a little blunt in attack this season. If any further evidence were needed, it came in the form of this week’s drab 1-0 win over Rostov in the Europa League, as the Red Devils looked pedestrian in their approach play and typically wasteful in their finishing.

It is an issue that, if reports are to be believed, manager José Mourinho has identified and will remedy in the summer transfer window with the signing of at least one, though some outlets such as ESPN FC claim two, top class strikers.

However, just a year ago it seemed as though United had unearthed a deadly marksman in the making in the shape of Marcus Rashford. With the 19-year-old having slipped down the pecking order lately, Mourinho must evaluate how good he expects the young England international to become, and how quickly he will develop, before finalising his transfer targets for the summer.

It would appear that snagging an established and experienced goal-scorer is a priority for the Old Trafford club in the summer, with Antoine Griezmann and Romelu Lukaku both linked. But there are also rumours of big-money moves for 18-year-old Monaco sensation Kylian Mbappé and 20-year-old Celtic striker Moussa Dembélé. 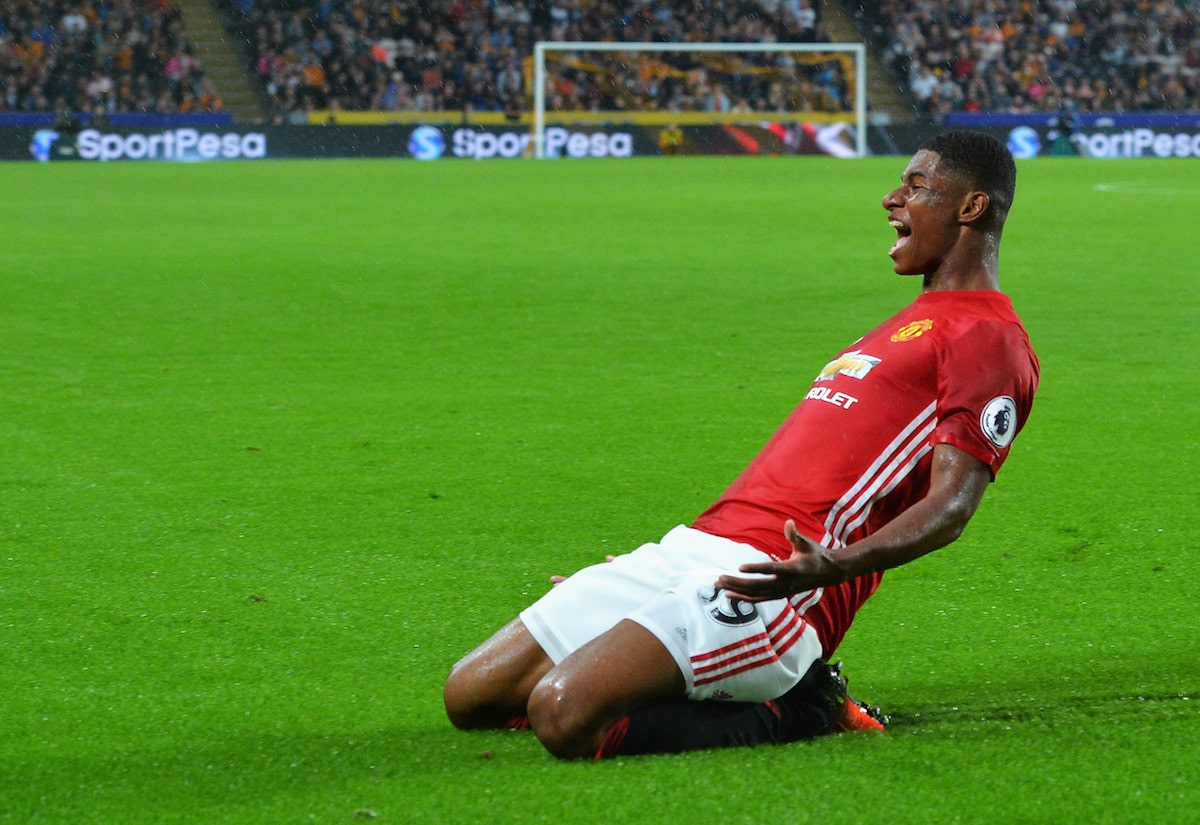 Bringing in such a young forward would block Rashford’s path to the centre-forward role in the Red Devils’ line-up, the position believed to be his best and eventual long-term home after spending most of the current campaign on the left wing.

Injuries to Anthony Martial, Wayne Rooney and Will Keane conspired to part the sea for Rashford to walk straight into the United line-up against FC Midtjylland in the Europa League in February last year. Opportunity didn’t have to knock twice to catch young man’s attention, as he bagged a brace against the Norwegians before repeating that feat in his Premier League debut when Arsenal visited Old Trafford three days later.

By finishing the season with eight goals from 18 games, Rashford showed that he belonged at the highest level thanks to his pace, dribbling ability and cool finishing. Moreover, his temperament and attitude seemed to signal that everything was in place for the teenager to develop into a world-class star.

The arrival of Zlatan Ibrahimović last summer has forced Rashford down the pecking order at Old Trafford. The six-cap Three Lions star is now battling with Martial for a regular berth out wide, while finding himself vying with Rooney to be considered deputy to the new No.9 for the central striker’s role.

As such, his confidence appears to have taken a hit, while his goals return has naturally tapered off.

Last term, Rashford’s five Premier League goals in 11 appearances meant he was finding the net every 172.4 minutes on average; with three league goals in 21 games so far in 2016/17 – 11 of which from the bench – his average has dropped to one every 355 minutes.

You could argue that the switch to the wing has been responsible for this dramatic drop off in productivity, but that doesn’t tell the whole story. United this season are creating much more scoring chances than they were under Louis van Gaal. Indeed, under the Dutch tactician they conjured 312 opportunities in 38 Premier League games in 2015/16 – they have already surpassed that tally this term (343) with 12 games still to play. 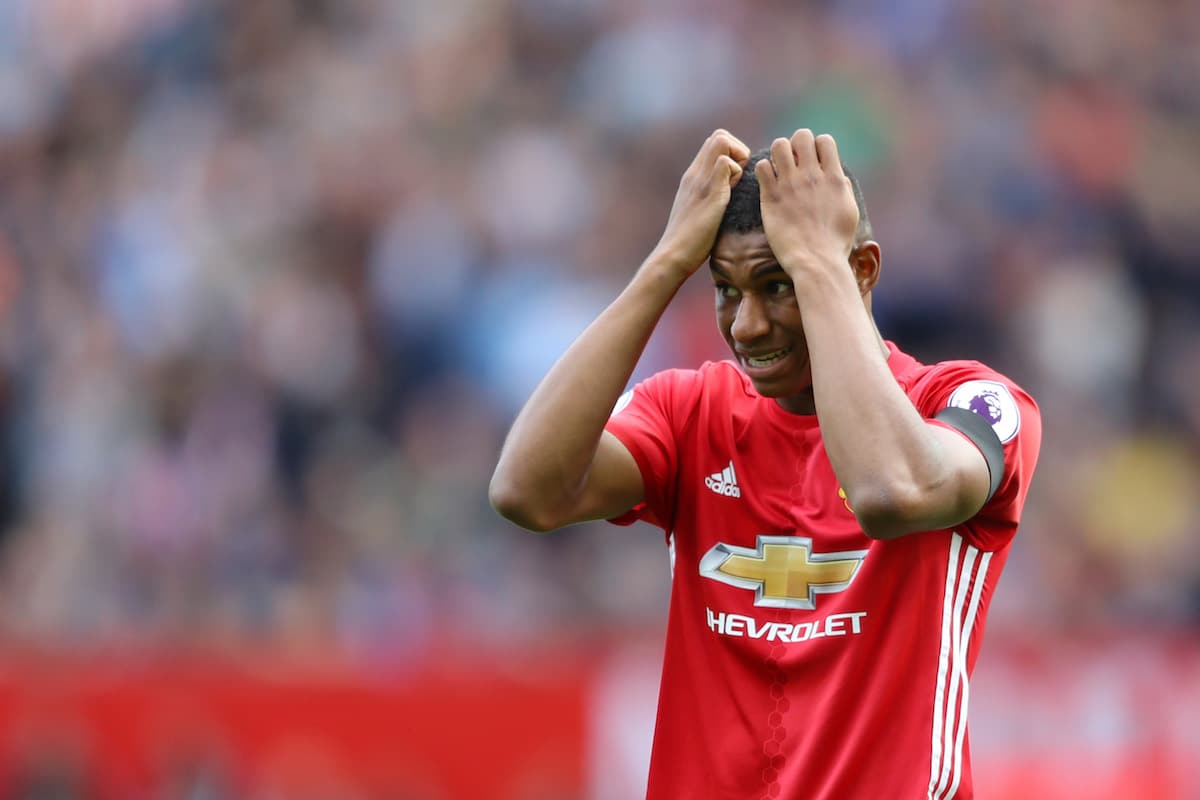 Last season, Rashford was hitting the target with 89 per cent of his efforts. Including blocked shots, he aimed for goal a total of just 16 times, scoring five for a staggering average of just 3.2 shots per goal.

He has taken a shot every 40.96 minutes this season, whereas last season he was shooting every 47.89 minutes. However, his shot accuracy has dropped to 56 per cent. Now, of course all shots are not equal, and, in some instances, he will be shooting from further out, or from a tighter angle, when cutting in from the wing than he would have as a centre-forward last year.

But the fact that the drop off is so dramatic tells a tale. Rashford has required 8.67 shots for every Premier League goal he has netted so far this term.

It might just be a classic case of the dreaded “Second Season Syndrome”, but Mourinho has to determine whether the Rashford we saw last season was the truest representation of the player's ability, and that he will soon rediscover that form, or whether, as harsh as it sounds, he was a flash in the pan whose true potential will see him become a decent squad option at best.

The outcome of that assessment could shape United’s transfer strategy this summer: If Rashford is, as we previously thought, a wonderkid with world-class potential, then signing a prospect like Mbappé or Dembélé will not be necessary.

If his ceiling is not that high, or if the wing is where the manager sees him thriving long term, then his evaluation of Rashford will become publicly apparent when the Red Devils lodge a substantial bid for one of the continent’s brightest youngsters.