Derry City look to put some pressure on the league leaders Shamrock Rovers by beating Drogheda United on Friday night. The visitors sit third from bottom of the Premier Division table and don't have the best of recent records against their hosts.

Derry & Both Teams to Score

Derry have picked up three wins from their last five competitive matches against Drogheda, including a 2-0 win the last time the pair locked horns at The Ryan McBride Brandywell Stadium. We're backing both teams to score on Friday night as that has been the case in each of Derry's last four fixtures as well as in three of Drogheda's last six outings in the Premier Division.

At least three goals have been scored in four of Derry City's and three of Drogheda United's last six outings in all competitions, so you can see why we're backing over 2.5 goals to be scored in Friday's clash.

Everything you need to know about Derry City vs Drogheda United

Derry could move into 2nd place with a win

Derry City faced Finn Harps at home in their last league game, a match that was full of goalmouth action. Mihaljevic put the visitors in front in the 8th-minute but Patching equalised for Derry with 22-minutes on the clock. The teams went in level at the break but the second forty-five proved to be an almost carbon copy of the first with McWoods putting Finn Harps 2-1 up just after the hour mark and Toal netting a stoppage-time equaliser for Derry to save the home side's blushes.

Drogheda mad the trip to Bohemians before the international break where they trailed 1-0 at the break after a goal from Flores just before the halftime whistle. The game appeared to be heading for a defeat for Drogheda until Williams popped up in the 84th-minute to make the scoreline 1-1-. That point keeps Drogheda sitting 8th in the table but a win this Friday could take them above Bohemians.

Drogheda United: Dane Massey could miss the trip to Derry through injury. 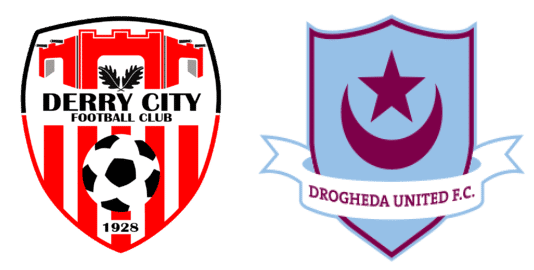