Derby claimed a 2-0 win the last time they played host to Huddersfield but the bookmakers believe it's going to be a much closer game this weekend. Wayne Rooney's side have been hampered by transfer and wage restrictions and the pundits are expecting a very difficult season for the Midland's club.

Our Best Bets for Derby vs Huddersfield

We're expecting this game to be tight and tense throughout and have backed under 2.5 goals to be scored. Five of the last six meetings between these two clubs have produced under 2.5 goals, while each of Derby's last two fixtures and two of Huddersfield's last three outings have also witnessed fewer than three goals being scored.

We don't see both teams getting on the scoreboard in this game and that has been the case in each of the pair's last two league meetings. Derby's last two friendlies only saw one team score and the same can be said for two of Huddersfield's last three fixtures, which includes the goalless draw with Sheff Wed in the League Cup.

As far as a final scoreline goes, we're backing Huddersfield to win 1-0. The Terriers' last two wins against Derby were all via a 1-0 scoreline and when these two sides meet the games are usually very close. Derby have a small squad due to a transfer embargo and wage restrictions, so many are predicting a really tough season for Wayne Rooney's side.

Derby looking to get off to a winning start

Nobody is expecting much from Derby this season as the club has had its struggles with finances that have affected their ability to strengthen their squad heading into the new season. However, the Rams ended pre-season with wins against Notts County and Real Betis and there are plans to bring in more players before the transfer window comes to a close. Derby won their home game against Huddersfield last season but they head into this match as the clear underdogs and will be without Krystian Bielik until September.

Huddersfield have already played one competitive game this season, defeating Sheff Wed in the League Cup on penalties after the pair had played out a goalless draw. The results of both of Saturday's sides suggest that this game will be close and competitive but Huddersfield are the favourites and we're backing them to sneak a win. The visitors have no fresh injury concerns or suspended players for the trip to Derby. 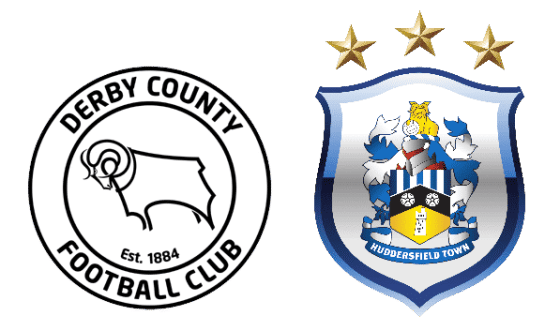