Derby have endured another shocking week with further points deductions being thrown their way. Now they have to contend with the visit of high flying Bournemouth? Find out with our Derby vs Bournemouth match preview with free tips, predictions and odds mentioned along the way.

Derby vs Bournemouth: A trio of free tips

The league table has Derby firmly bottom but that's only due to their points deductions; performance wise Wayne Rooney is actually getting a reasonable tune out of his group of players. That said, they're not winning many games and come into this match having not won since September. Bournemouth meanwhile are chugging along nicely having won four of their last five games including their last two. In fact, the Cherries have only lost once since the start of September so it's hard to call this game any other way.

Derby to blank in defeat

Our next tip again backs Bournemouth to win the game but this time we're looking for bigger odds courtesy of the fact we don't think Derby will score. Derby have the one of the least potent attacks in the league having netted just 13 goals from their 17 games so far this season. To make matters worse, Bournemouth have the best defence in the division; they've only conceded 10 goals so far. Furthermore, the Cherries have kept five clean sheets in their last six outings and they've won every one of those five games.

Last season Bournemouth man Dominic Solanke scored 25 goals from 42 appearances. This season he has 13 from 17 appearances; that is proof that he is a man in form. More recent form supports such a claim too; he's only failed to score in one of his last five games and has a total goal haul of six goals in that period. Derby will happily give up the lions share of possession, they will see Bournemouth create. If Bournemouth create, Solanke will score.

Find the best odds for Derby vs Bournemouth

FAQ on Derby vs Bournemouth 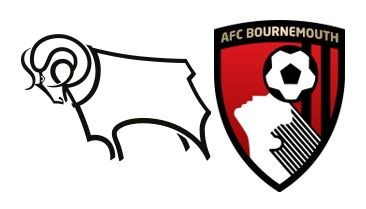