Group B is the group to watch. All four sides sit on six points after four games meaning anyone could top the group and anyone could finish bottom. That means either of Deportivo Tachira or Always Ready will boost their chances of qualifcation when they meet. Who will get the win? Find out with our Deportivo Tachira vs Always Ready match preview with free tips, predictions and odds mentioned along the way.

Deportivo Tachira to get the win

When these teams locked horns just 10 days ago Always Ready were the far superior side running out 2-0 winners. We're making the prediction that Deportivo Tachira take their revenge now though. The reason for that is simple; their home form has been extremely impressive of late whilst Always Ready are somewhat unreliable on the road. The visitors have lost three and drawn one of their last five away games. By contrast, Deportivo Tachira have won six home games on the bounce including two Copa Libertadores ties.

Both sides will have goals to celebrate

The first of our three tips for Deportivo Tachira vs Always Ready has touched on the differing form these sides are in coming into this match. That doesn't mean that Deportivo Tachira will have it all their own way though. The fact they've won two from two home games in this competition is obviously noteworthy but they have shipped goals in both matches. Always Ready aren't shy of finding the net either; they've scored 16 goals in their last 10 away fixtures.

Tipping there to be a fair few goals

If you've taken our tips as gospel then you'll be all to aware that for Deportivo Tachira to win and Always Ready to score the match will see a minimum of three goals. We believe that will be the case. It's not just based on our last couple of predictions either. In Always Ready's last five away games they've averaged 3.2 goals per game with Deportivo Tachira's home games serving up 2.8 per match in the same period. If we focus purely on their respective home and way form in the Copa Libertadores, they've played a combined three matches with all of them going beyond 2.5 goals.

Deportivo Tachira vs Always Ready: Key info for the game

With the group so finely balanced any side that loses this match could face an uphill battle to make it through to the next round. Always Ready will feel they have the beating of Deportivo Tachira after their comfortable win in Bolivia a couple of weeks back but this game is likely to be very different with Deportivo Tachira a tough nut to crack on their own patch. 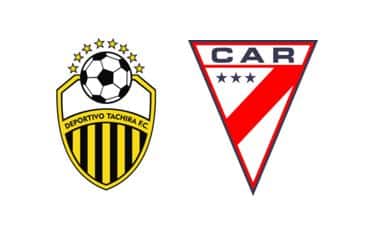