The second spot in Group H is very much up for grabs as Deportivo La Guaira and Cerro Porteno go head to head. If either team can emerge with a win then they'll take pole position to join Atletico MG in the next round. Will either side do enough to win though? Find out with our Deportivo La Guaira vs Cerro Porteno match preview with free tips, predictions and odds mentioned along the way.

When Cerro Porteno and Deportivo La Guaira met in late April they played out a goalless draw with goalmouth action at a minimum. It's hard to suggest too much will have changed over the last couple of weeks. Both sides have played three games since then drawing one each but it's the form of Deportivo La Guaira that really drives this prediction into the draw category; they've drawn five of their last seven matches.

Do not expect goals aplenty

Deportivo La Guaira may well be the home team in this match but it will be Cerro Porteno asking all the questions. The last time the sides met Cerro Porteno had over two-thirds of the possession and their goal was hardly threatened by their visitors. The flip side of that is that they also struggled to create too much of note with Deportivo La Guaira a solid defensive outfit. They sit third in their Copa Libertadores group but do have the best ‘goals against' column with just one goal conceded. Their wider form is good too; they've only conceded four goals in the last 10.

The previous prediction has made it clear that Deportivo La Guaira don't give too much away and they'll be on the uber defensive here against Cerro Porteno despite home advantage. Their plan might be to nick a 1-0 on the break but things don't always work out like that and given they couldn't even muster a shot on target when they last met it doesn't look great. They've drawn three of their last five matches 0-0 whilst Cerro Porteno have blanked twice in their last four matches too.

Deportivo La Guaira vs Cerro Porteno: All your pre-game information

Deportivo La Guaira and Cerro Porteno to remain in the hunt

With Atletico MG facing bottom of the group America De Cali it's likely there will be just one spot to fight for left in H. The winner of this match will become favourite to qualify for the next round whilst a draw leaves things agonisingly tight between Deportivo La Guaira and Cerro Porteno. Both will think they can do enough for the three points but that remains to be seen. 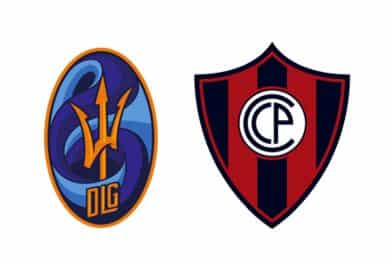