Denmark returns to the comfortable confines of the Parken Stadium for their next 2022 FIFA World Cup qualifier. They host Willibald Ruttensteiner and Israel in this crunch encounter that can decide the fate of Group F.

The Dynamites's qualifying runs for the 2022 FIFA World Cup is going as planned. The Danes claimed their fifth successive victory in the qualifiers but were made to work hard by a spirited Faroe Islands side. While Israel has impressed in their fixtures, it looks likely that they will concede their sixth successive defeat at the hands of Denmark.

Only two of Denmark's five wins in qualification have seen an Over 2.5 goals result. That tally should see an increase as a prolific Israel outfit led by Eran Zahavi arrives at the Parken Stadium. The PSV forward has scored six goals in his last three outings, while the Blue and Whites have averaged 3.5 goals per match in their last four away trips.

In four of the five meetings between Denmark and Israel, the former kept a clean sheet on their way to claim bragging rights. That trend should be coming to an end as the Blue and Whites punch above their weight. They are scoring goals regularly and made Poland pay with a masterclass that finished in a 5-2 scoreline in their favour. Counting them out in getting on the scoreboard will be folly and this is why we are backing both sides to be represented on the scoreboard.

Denmark vs Israel: Check out the best odds and the latest stats

Match Preview of Denmark vs Israel

Isreal to provide a stiff test to Denmark

The Danes continue to go from strength to strength following their Euro 2020 semi-final run. Denmark head coach, Kasper Hjulmand, will be licking his lips as his charges maintain their perfect record in the qualifying fixtures. However, their goal scoring form has come under questioning, especially after they were made to plough hard by European minnows, Faroe Islands.

With the Danes have difficulty finishing their rivals, the same cannot be said about Israel. The Blue and Whites have been on a tear recently, scoring goals galore against whoever comes before them. Robert Lewandowski and Poland learnt this the hard way as they were demolished 5-2 at the Sammy Ofer Stadium. Israel has never won against Denmark in their history and they can correct this statistic in this meeting at the Parken Stadium.

Questions About Denmark vs Israel 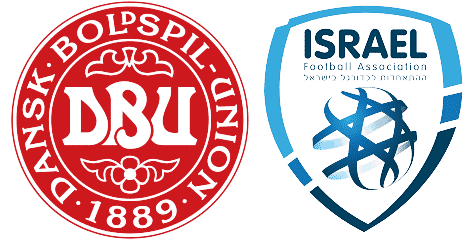 Where is the game being played? Parken Stadium.

Which team is the favourite to win? Denmark.