The second round of Group B of the European Championship for women brings us a couple of matches, one of which is the Scandinavian duel between Denmark and Finland scheduled for Tuesday, July 12th. Here's our preview of the game and some of our free betting tips.

Our favourite Denmark vs Finland Women predictions and betting tips

If you are not sure what is the right bet for the Denmark and Finland Women duel, check our top betting picks for this game:

Denmark to Win with Handicap (-1)

Even though both of these teams suffered heavy losses in the first round of the European Championship for women, we can see Denmark winning this game and doing it quite convincingly.

After all, they are a much better team on paper and they already beat Finland 5-0 once in the last two times they met. So, we expect another good performance for Denmark in this game and a win by two or more goals.

Since we expect Denmark to win this game by two or more goals, we can also see the match ending with three or more goals being scored, which was the case in the first round for both of these two teams.

In addition to this, Denmark has gone over 2.5 total goals in their last five matches in all competitions, while the same is true for three of the last five Finland matches across the board.

The top odds and useful stats for Denmark vs Finland Women

If you are looking for the highest odds for Denmark vs Finland Women, check our list of odds from the best UK betting sites:

Now is the time to take a look at both teams before they meet in this game:

After a convincing 4-0 loss to Germany in the first round of the group, Denmark will have to win the remaining two games in this stage if they want to reach the quarter-finals. That's a tough task for this team since that includes not only beating Finland, but also beating Spain in the last round of the group stages.

Just like their upcoming opponent, Finland also suffered a tough loss in the first round since they lost 4-1 to Spain. The Finish national team was always the outsider of this group, so they will likely end up in the last place, but if they were to cause an upset in a game, their best chance is likely against Denmark than it is against Germany in the last round.

FAQ for Denmark vs Finland Women 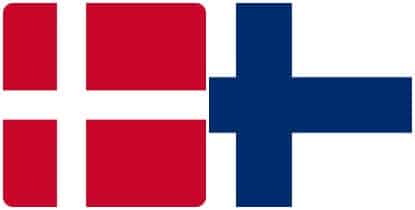