Celtic forward Moussa Dembélé is a man in demand. The former Fulham starlet netted 32 goals in all competitions last season and it’s this form which has alerted some of the biggest clubs in Europe to his undoubted potential.

The 20-year-old Frenchman benefitted from a season of first-team football. He got to appear in the Champions League, netting three goals in the group stages – including two against Pep Guardiola’s Manchester City, and was a key part of a team looking to play football the right way. He was afforded a season not many players his age are.

According to reports Chelsea had a £40million bid rejected for him in January and, if you believe Everton transfer rumours, he was in Merseyside this weekend to discuss a transfer. However, Football Whispers understands this not to be the case with Dembélé is in Paris visiting family.

He’s also been linked with hometown team Paris Saint-Germain, Liverpool, Arsenal, Tottenham Hotspurs and a host of other top clubs throughout Europe. With the Bhoys being linked with Sardar Azmoun it appears as though they’ve accepted the inevitable and are preparing for life after Dembélé.

He developed as a footballer and matured as a man during his short stint in Scotland. While everyone involved with Celtic should be proud of this achievement, having nurtured one of the most exciting talents in Europe, there is a shadow of uncertainty looming over the club because they know if the striker pushes for a move they will more than likely lose him.

But, unless Celtic are made an offer they can't refuse, should a potential move for Dembélé even be on the cards this summer?

Why Dembélé should stay at Celtic

Dembélé's career is still a fledgling one and he could potentially be playing for another 15 years if he manages to avoid injuries. He's by no means in the twilight of his career and this summer isn't his last chance of a big money move.

What he should be concentrating on now is playing regularly as part of a team competing for honours on all fronts. Celtic tick that box and then some.

The striker should not be in such a rush to move to a club many in the media would consider to be ‘bigger’. Those in the UK consider Scotland to be a one-team league and calling Parkhead your home is a bit of a cheat.

So, the achievements there are taken for granted and are often downplayed when they're anything but that and should be acknowledged for what they are.

The pressure to play at the top of your game every single week is unparalleled. In the Premier League there are bound to be upsets because, as the commentators regularly say: “anybody can beat anybody on their day.” But in Scotland Celtic are expected to win everything.

And not just win, but do it in style. That helps breed a certain mentality. There's a reason many of the imports to the Premier League from the north often go on to clubs competing for Champions League places.

Victor Wanyama was bossing the midfield for second-placed Spurs last season and Virgil van Dijk looks destined for a £60million move, with Liverpool reportedly keen on the Dutch centre-back.

The pair moved to a stepping stone club first in order to carry on playing every single week. They showed that they were better than their teammates and eventually got that bigger move. But both moved on to these clubs when they were 24 or 25 years old, four years Dembélé's senior.

You also have to consider the Brendan Rodgers factor. He's innovative and he's going to get as close to perfection from his Celtic squad as possible. He knows how to nurture and develop talented youngsters. If Dembélé wants to be the best he's in an ideal environment to flourish.

Playing another season, or two, with a competitive squad is going to breed a hunger for success every single season. He's not going to settle for a big day pay to sit on the bench. A mid-table club in England won't satisfy his needs because they won't be competing for honours, not all of them anyway. 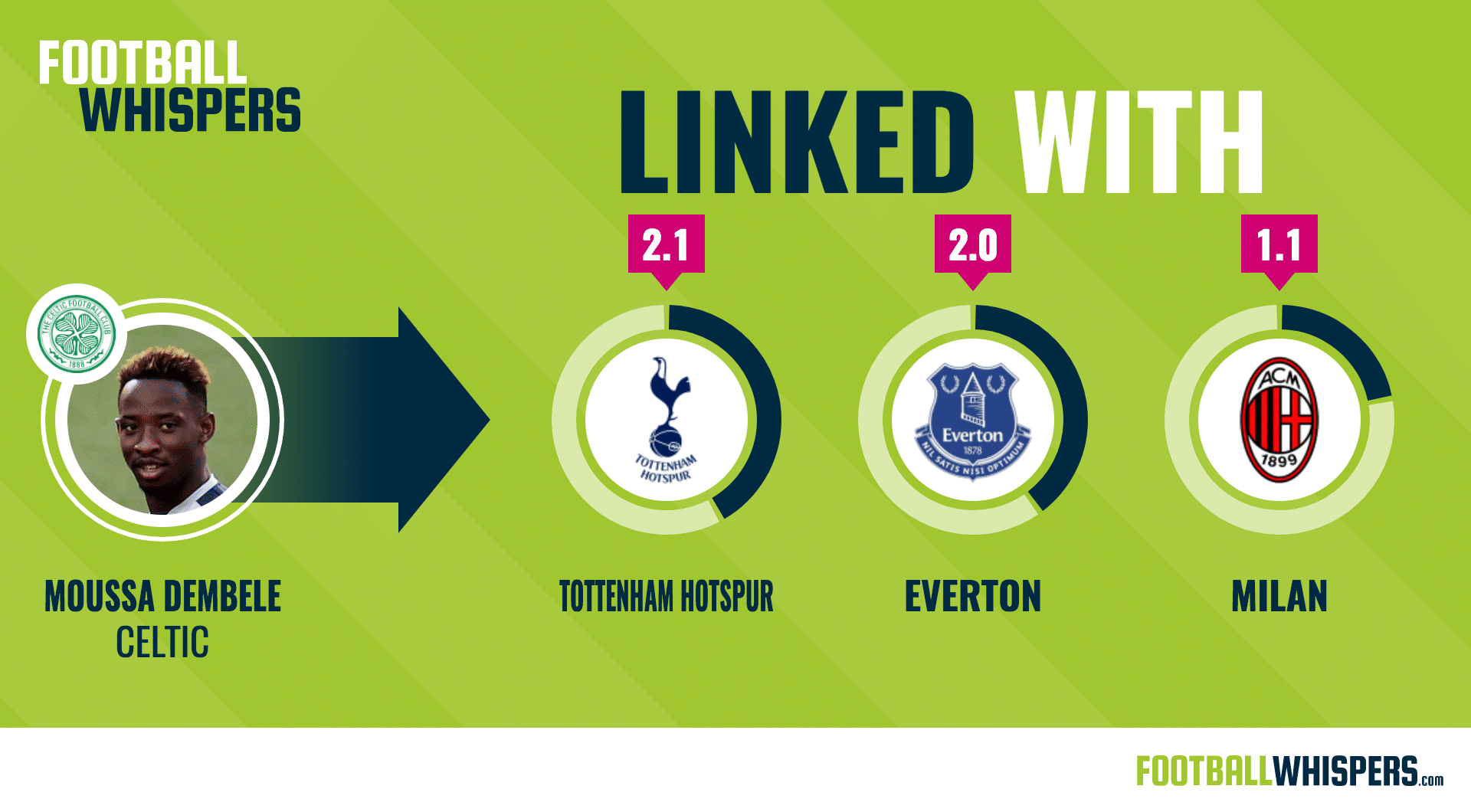 Sticking with Celtic may be viewed as a backward step in the short-term but in the long-term could be beneficial.

Rodgers has history convincing want-away strikers to give him an extra season. He was in the exact same predicament with Luis Suárez in the summer of 2013. The Uruguayan wanted to leave Liverpool with Arsenal circling but he stayed and with Rodgers' help went on to have his most successful season in England.

If history repeats itself, then both the player and the club are winners. Dembélé gets another season of first-team football and Celtic get an even bigger payday next summer.

It may also give him an outside chance of making the French World Cup squad. Playing as a squad player for Chelsea won't help his chances and an inconsistent season in a transitional team such as Everton isn't going to convince Didier Deschamps he's good enough to oust the likes of Alexandre Lacazette and Real Madrid transfer target Kylian Mbappé.

Under Rodgers, Celtic have the ideal platform to keep hold of these players now. They can be the stepping stone club before a move to Europe's best. They can be the ones benefitting from the big money sales. If Dembélé trusts Rodgers he could play a huge part in the club's project evolving into a dynasty.