Liverpool emphatically cemented a place in the top four with a 3-0 win over already relegated Middlesbrough on the final day of the Premier League season.

They're not guaranteed Champions League football yet and have a qualifier to play in August, but they can go about their summer business knowing they're just two positive results away from hosting Europe's elite at Anfield.

It's an unfamiliar position for the Reds with the club only managing to finish in the top four once in the past seven seasons. It gives the club an ideal opportunity to upgrade their squad. The lure of Champions League football and the chance to play under Jürgen Klopp should be enough to convince many of Liverpool's summer transfer targets that Merseyside is the place for them.

However, recent reports in the Mirror claim Klopp and the recruitment team are closing in on a £12million deal for Leicester City attacker Demarai Gray. 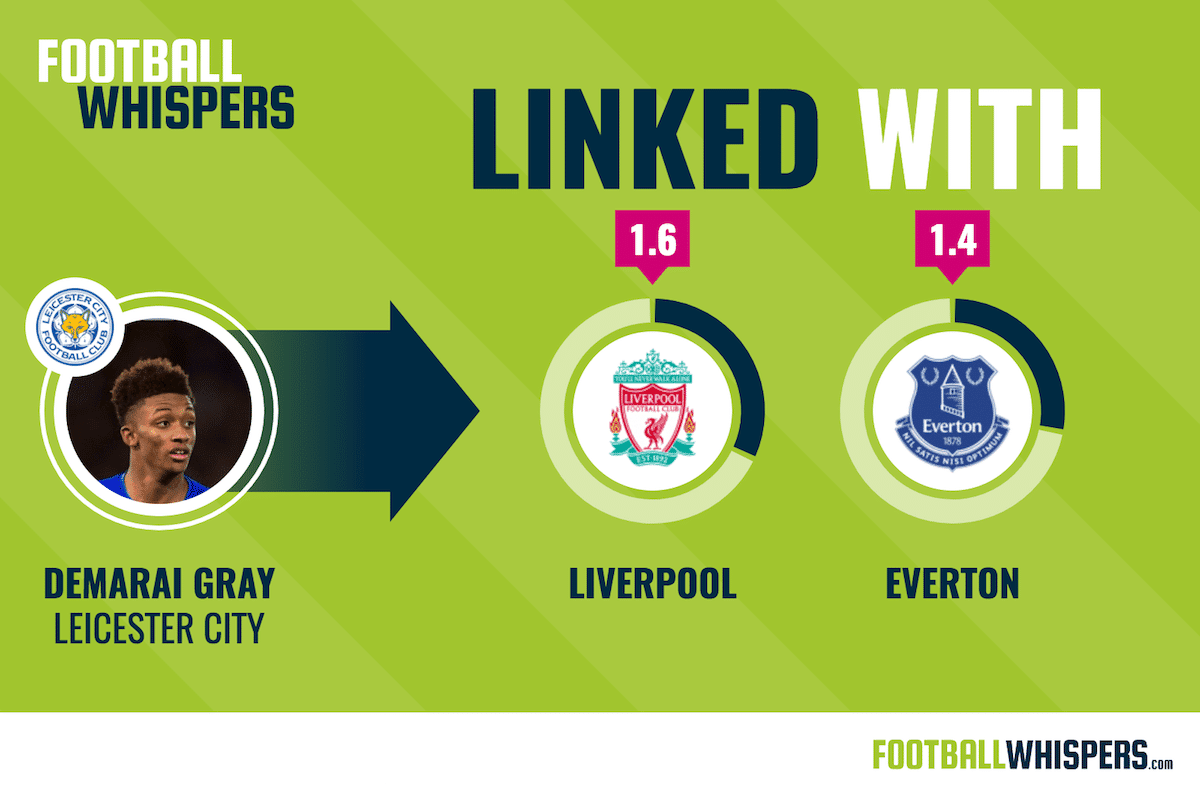 READ MORE: WHY KYLIAN MBAPPÉ COULD BECOME THE WORLD'S BEST UNDER KLOPP

It's not the first time the 20-year-old has been linked with a move to Anfield with reports in January suggesting he was an alternative to Quincy Promes. The Spartak Moscow man was rumoured to be a target for the Reds but decided to stay in Russia and Gray was reportedly next on the list.

After the win over Boro, Klopp spoke to the press and revealed Liverpool's transfer plans are almost complete, adding credibility to the claims the club are closing in on the ex-Birmingham City player.

The former Borussia Dortmund manager explained: “We have already pretty much done [the work]. We have to see. Most of the work is already done, of course.

“[It's not like] tomorrow with Michael Edwards we will sit together and speak about what we think we need. Now we have to make decisions. Negotiations need to be done. All that stuff.

“But it's all good. We are prepared, we will see what works out or not.”

The Leicester City winger has made just ten Premier League starts since his £3.5million move from Birmingham in January 2016. He has a deal with the Foxes until 2020 but reportedly has a release clause set at £12million. It's a relatively low fee in the current market. However, given he's featured in just 1200 minutes of top flight football it could go one of two ways.

It could be a risk with the price-tag weighing him down or he could be a bargain. Especially when you consider Bournemouth parted with £15million for Liverpool's Jordon Ibe last summer.

It's not the sort of name Liverpool fans want to be linked with but, all things considered, it's the sort of deal which makes a lot of sense for both the club and the manager.

What does Gray offer?

He's still a bit of a wildcard due to his age but on paper he provides everything that Liverpool have been lacking in the absence of the injured Sadio Mané.

He's got explosive acceleration and can just effortlessly breeze past opponents. He's direct, progressive and aggressive in his style. If there's space to attack he doesn't need asking twice. He likes to get in behind the full-back and stretch the opposition that way which is a welcomed trait at Anfield.

More often than not this term the Reds have lacked that incisive player with many preferring to play football in front of the opposition making it easy to be stifled and smothered.

Although he's right footed he's been used on the left for the former Premier League champions and he's not against going on the outside if there's a chance for him to beat his man and get the ball into the danger area. 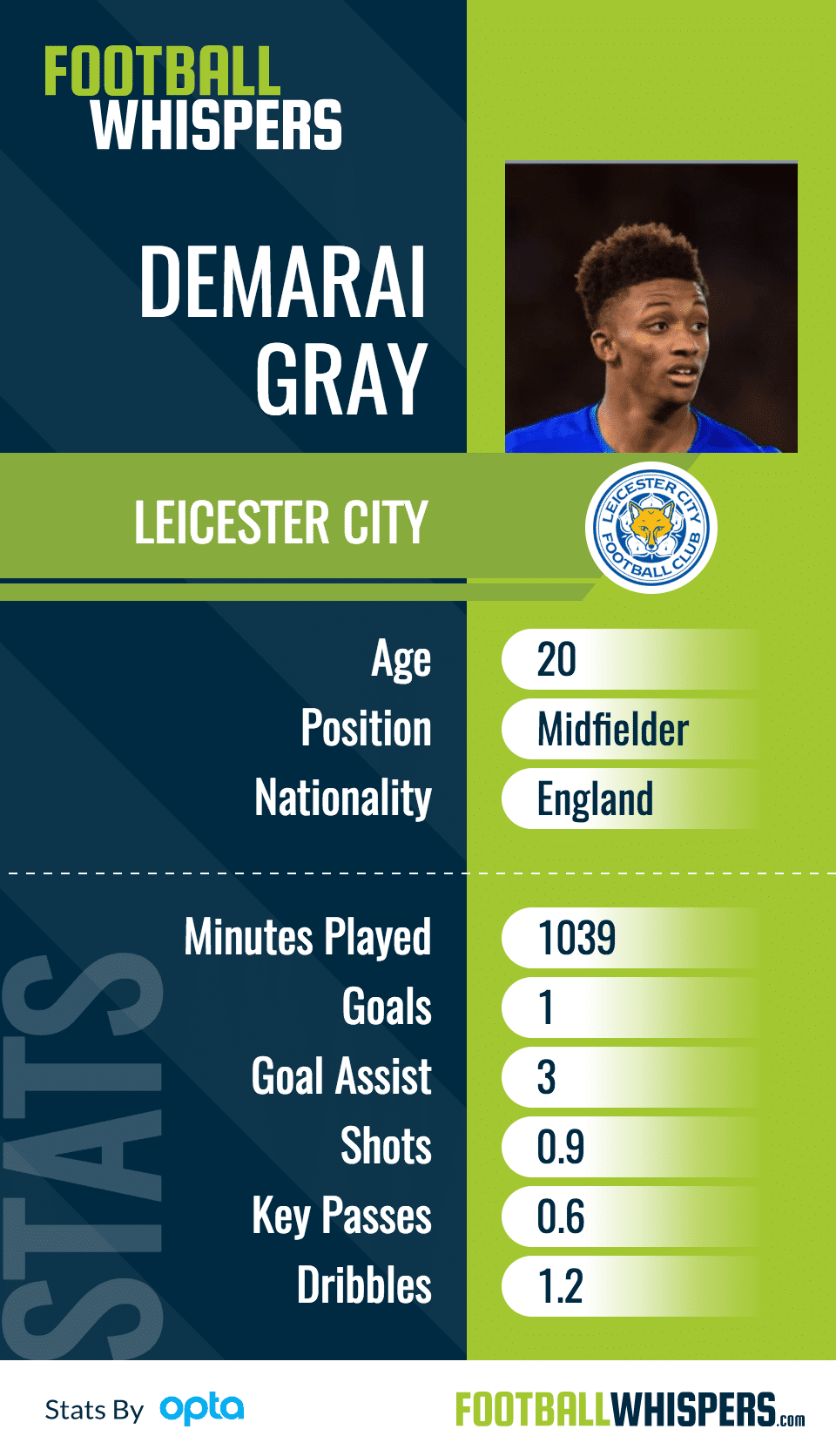 READ MORE: WHY LIVERPOOL NEED TO UPGRADE ON NATHANIEL CLYNE

He's showed glimpses of genuine quality at stages throughout the campaign. He scored a worldie against Manchester United from distance at Old Trafford and then waltzed past the Derby County defence to curl home a very Thierry Henry-esque finish in the FA Cup.

His strengths make him a threat in the Premier League. If Klopp is able to develop him like he did with Mario Götze, Robert Lewandowski and, to an extent, Marco Reus then he could become something special.

He's not as refined as Mané by any stretch of the imagination but he's got that same close control, that same burst of acceleration and that same sort of slaloming style which sees him wriggle out of near impossible situations.

He's not going to be the most memorable signing of the summer if he does trade the blue of Leicester for the red of Liverpool but he could be one of the most important ones.

Mané has been ruled out since the derby at Anfield and without him the Reds haven't looked the same. They have quality players in attack but there's no genuine fear factor. Why? Because there's nobody with pace in the team to create the much needed space to let the Brazilians run riot in. The former Southampton man isn't just a goalscorer; he's also a creator in his own unique way.

Liverpool need something similar to him to ensure there's no lull in their play if he's not available for selection. For £12million, Gray could be a shrewd signing.