Dele Alli’s proposed loan move to PSG looks unlikely to happen, as Tottenham have rejected a third bid from the French club for the outcast. The England international does not appear to be in the plans of manager Jose Mourinho and he is keen on being reunited with Mauricio Pochettino at Parc des Princes. The 24-year-old has a long-term contract with Tottenham, who are not ready to let the player leave on a permanent transfer. 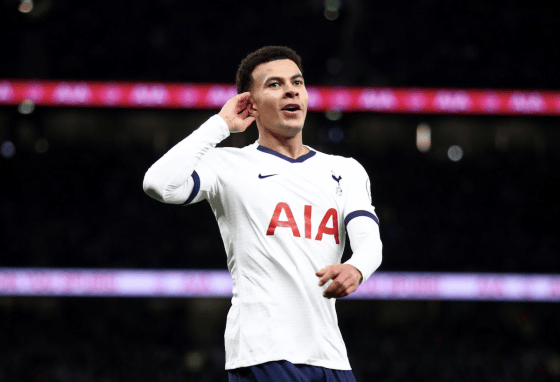 A loan move seemed highly likely a few days ago and PSG did respond with several loan bids on transfer deadline day. So far, Spurs have rejected all such offers and it looks increasingly likely that Alli may have to spend the rest of the season on the fringes of the first-team.

Daily Mail reports that chairman Daniel Levy is not favour of sanctioning a deal. The player is understood to be quite keen on the move, as it would give him an opportunity to force his way back into the England national team. The midfielder has had an alarming decline in his career. After being spoken of as the next superstar for England when he enjoyed a stellar 2016-17 campaign, Alli has become a bit part player at Spurs. He has been predominantly used in European matches by Mourinho, who has elected to field Alli in just four Premier League games so far.

The move to PSG would not just provide Alli with an opportunity to play regularly, but he will also feature in the Champions League knockout stages as well.

Spurs’ reluctance to let Alli leave is surprising considering that he has been very sparingly used. However, the club’s form has taken a sharp turn down south after back-to-back defeats. Perhaps, the club want to keep their options open rather than let the player leave easily.