If the last week is anything to go by, this summer's blockbuster season is shaping up to be a stinkfest.

Two days after sitting through the eardrum-piercing tedium of Godzilla: King of the Monsters, I endured the Champions League final.

Yes, endured. After the breathless bedlam of the semi-finals, Saturday's Madrid showpiece was European football's crushing comedown. If the semi-finals were a white-knuckle thrillfest, Saturday was a brutal reminder of how cagey and weird finals often are.

But Godzilla had Godzilla. And Charles Dance. The Champions League final was largely devoid of intrigue, with only an early penalty and Divock Origi doing Origi things to save us from extra-time.

And yes, while Jürgen Klopp's Belgian wildcard delivered another memorable cameo from the bench, the other attack-minded players kind of stunk the place out.

And then there was Dele Alli, whose night ended with him hurling a water bottle to the ground in frustration after being replaced by Fernando Llorente. 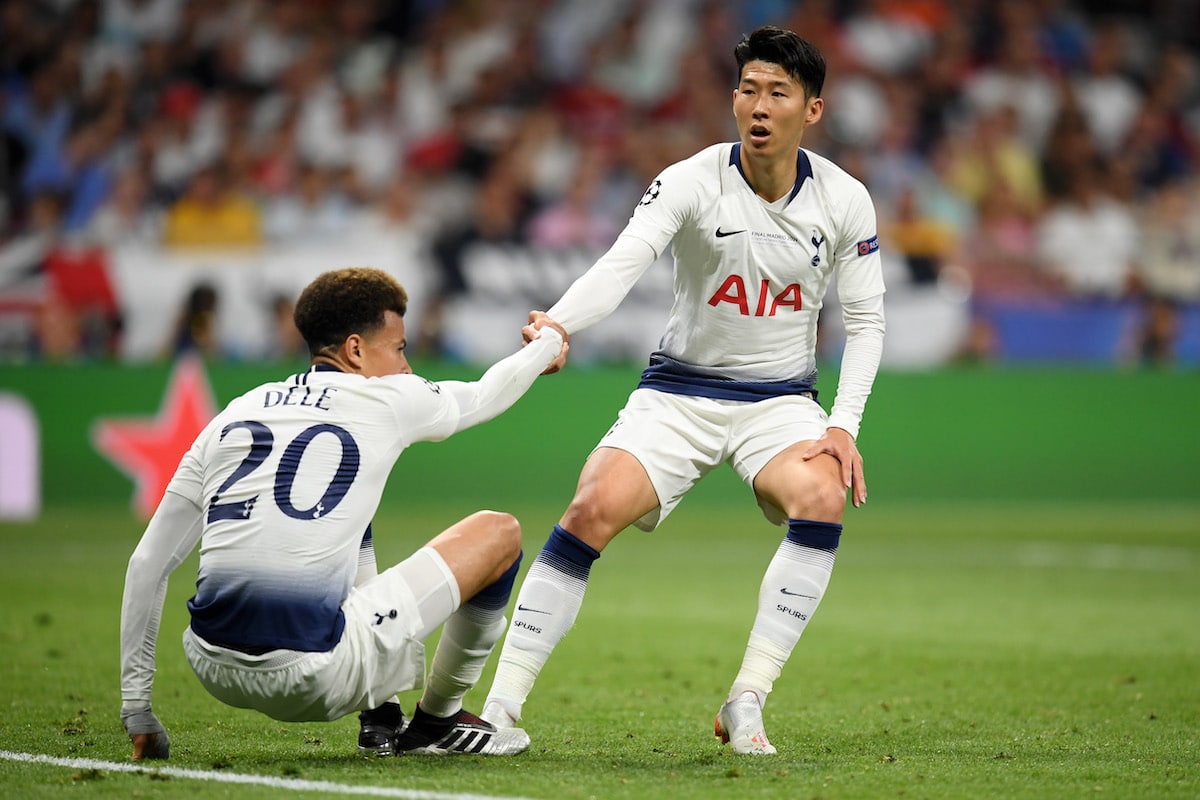 In truth, Alli wasn't terrible. But he certainly wasn't good either and his frustration after being hooked capped an underwhelming season for the 23-year-old.

He did have opportunities against Liverpool, of course. Eight minutes after the restart, his run in behind was found brilliantly by Kieran Trippier. After controlling the ball on his chest, he was unable to sort out his feet before Trent Alexander-Arnold intervened.

Then, on 73, he received a pass from Son. He had two options; shoot or hold it up in time for the overlapping Danny Rose.

Alli chose the former, but instead of putting power behind his shot, he attempted to lob Alisson, arguably the world's best goalkeeper who was no more than three yards off his line.

That was the England international's final major involvement before making way for Llorente.

Alli finishes the season with seven goals and six assists. For a player who has missed more than 20 games through injury, that's far from a paltry output.

However, in many of the games in which he has been fully fit, he has failed to shine, often cutting a frustrated figure, a shadow of the brilliant goalscoring midfielder who won back-to-back PFA Young Player of the Year awards in 2016 and 2017.

Earlier this season, we wrote about how the former MK Dons man was a star-shaped peg in an unusually shaped hole, meaning a change in role – one which saw him take on more defensive duties – had impacted his attacking threat. 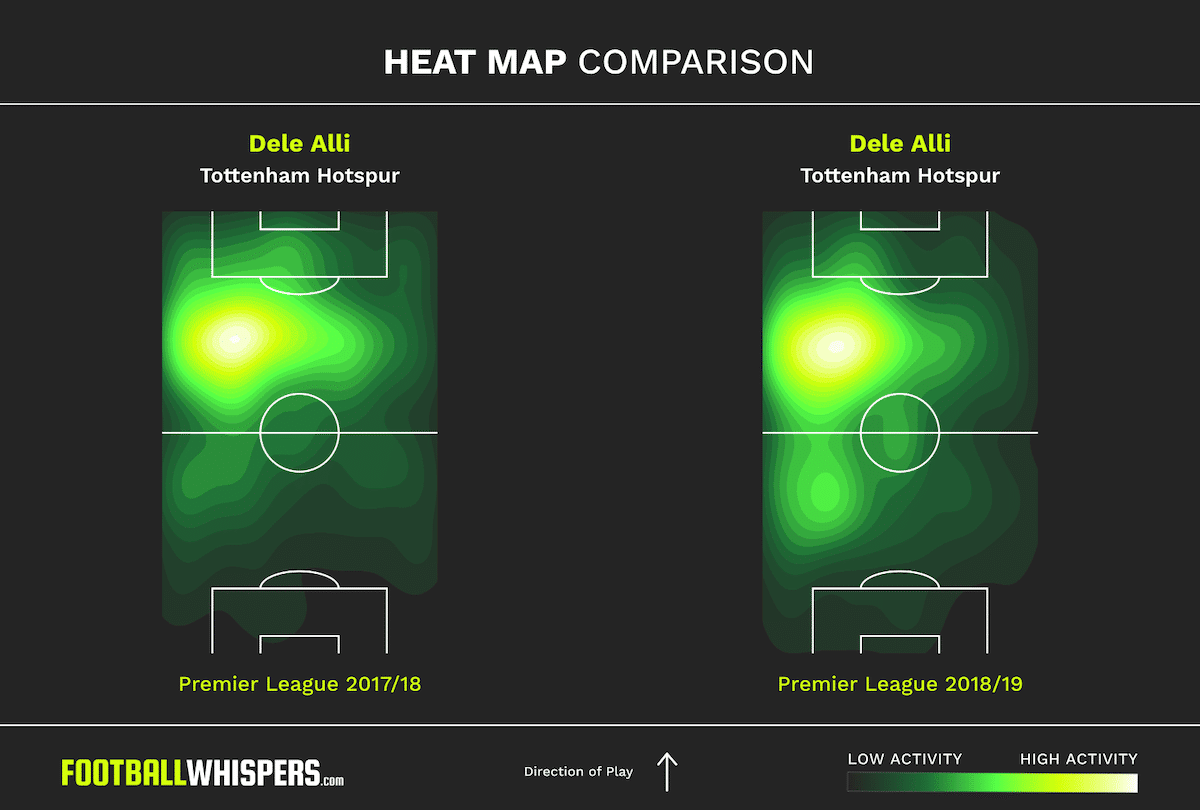 Back then, we discovered he was making more tackles and interceptions per 90 while creating fewer chances and attempting fewer shots. Unsurprisingly, his attacking output suffered as a result.

The Football Whispers personas below illustrate the change in Alli's game during the seven months since that article.

He has upped his dribbling and chance creation but is attempting even fewer shots.

Unfortunately, his killer instinct and decision-making in and around the box isn't quite as sharp, as evidenced by his final third involvements during the Champions League final.

One of the chief criticisms of Pochettino following the defeat to Liverpool centred on his decision to start Spurs' big four; Kane, Alli, Son and Eriksen.

While they may not have been 100 per cent fit, it seems churlish to criticise a manager for fielding his best players even taking into consideration Lucas Moura's decisive contribution in seeing off Ajax. 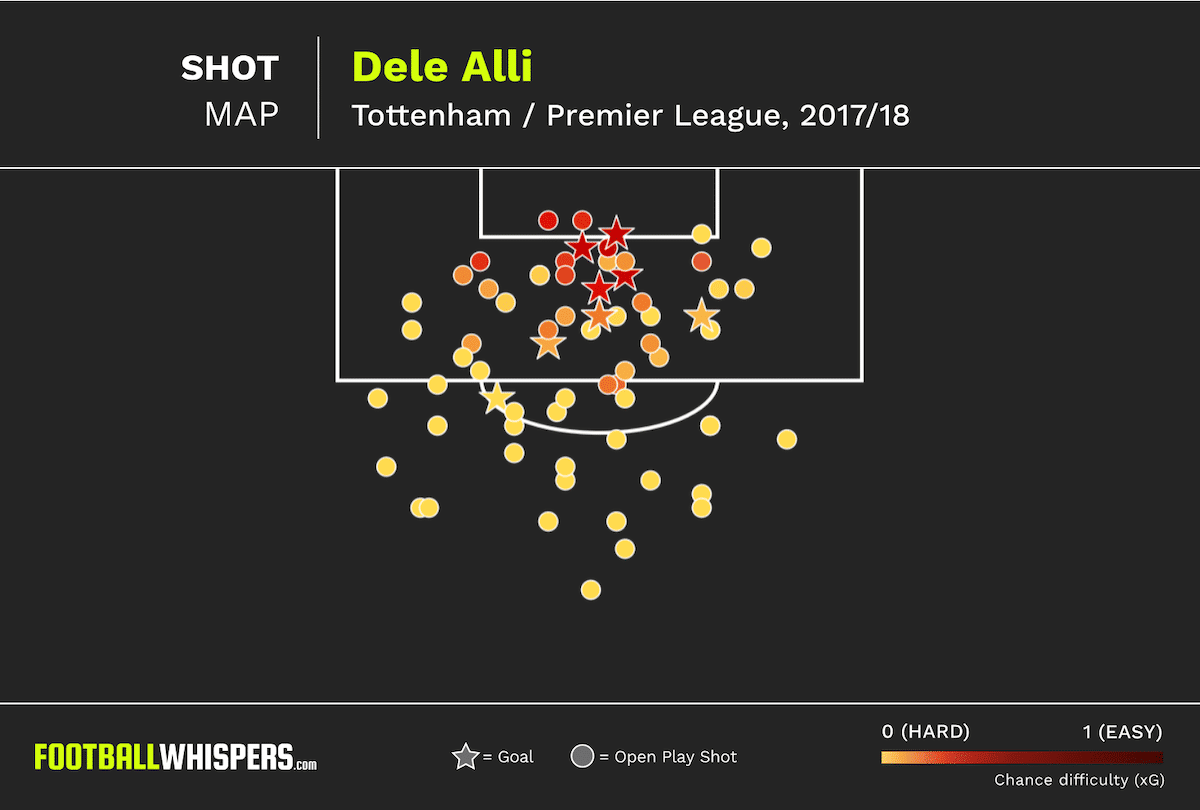 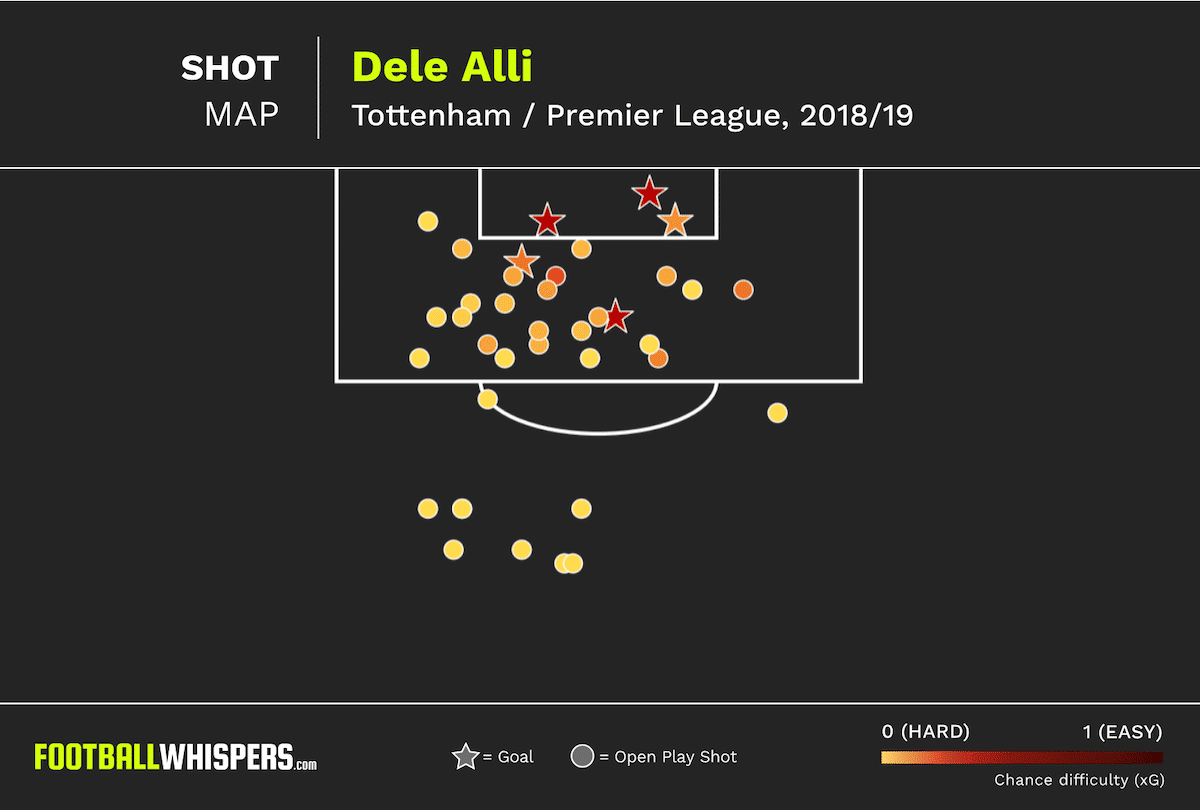 Their performances, of course, did not validate Pochettino's trust, but the other three members of that attacking quartet don't seem to be under quite the same level of scrutiny. After all, despite having missed more than 90 days of the season with two separate injuries, Kane still managed 24 goals in 40 appearances. Son also reached 20, while Eriksen contributed 12 strikes and 16 assists.

Alli's output doesn't come close to matching that. He remains a hugely talented player, one capable of producing result-altering moments like the flick into Lucas' path for the Brazilian to seal Spurs' place in the final.

But there can be no doubting that Alli has not been at his best for quite some time. At just 23, there is time for him to recapture his best form, but with Tottenham's James Maddison, one does wonder what the future holds for Spurs' former golden boy.