Tottenham Hotspur will miss Son Heung-min. The 26-year-old forward, who has struck up a formidable partnership with Harry Kane, could miss as many as five games while away at the Asia Cup with South Korea.

Son has been in fine form, particularly over the last couple of months, and will be difficult to replace. In his last 11 games for Spurs, he has scored nine goals and provided six assists.

The challenge for Mauricio Pochettino is to find a temporary solution to Son’s unavoidable absence. He is without Kane until March, too, after Spurs’ top scorer suffered ankle ligament damage against Manchester United.

The Argentine has options: he may choose to change his system or start Fernando Llorente. He might play Erik Lamela in a more advanced role. Or he might, as many fans have urged him to, delve into the transfer market.

An alternative option may be to push Dele Alli forward into the temporarily vacant No.9 role. The 22-year-old is more accustomed to attacking the box from deep but he has all the traits required to excel further up the pitch.

Alli is an accomplished finisher and intelligent enough to link up with attacking teammates. He has the pace to run in behind a defence, too, and has shown on many occasions his penchant for making late runs into the box and finding the net.

Though not as prolific as Son – he has four Premier League goals to the South Korean’s eight – Alli would certainly not be a downgrade.

He would simply offer something different in a more advanced role. He is not as direct as Son, but he has a deftness of touch, a guile that very few of his team-mates can match.

It should not be forgotten, too, that Alli has scored prolifically in the past for Tottenham. Two seasons ago he finished with 22 goals in all competitions – 18 of which came in the league – and there was a suggestion then that he might be deployed in a more advanced role more often.

“I'm definitely a midfielder,” Alli said in a 2017 interview with Sky Sports. “When I start playing up top where H [Kane] plays I don't feel comfortable. I grew up watching Steven Gerrard a lot and he was a No. 8 so I'd like to play there, but when competition is like it is you play anywhere the manager wants you to. And I can't complain, I really am happy where I'm playing.

“Sometimes I have to make runs to get in behind H and give him a bit more room to get shots off and stuff like that. But, as I say, I'm definitely a midfielder.”

Alli may be reluctant to play in a slightly different role, but he would be a more than capable deputy over the short term. Tottenham need to replace the goals of Kane and Son and Alli is more likely to do that if he is positioned higher up the pitch. It may be that he operates as a false 9, leading the line but dropping deeper to collect the ball when Spurs are in possession. 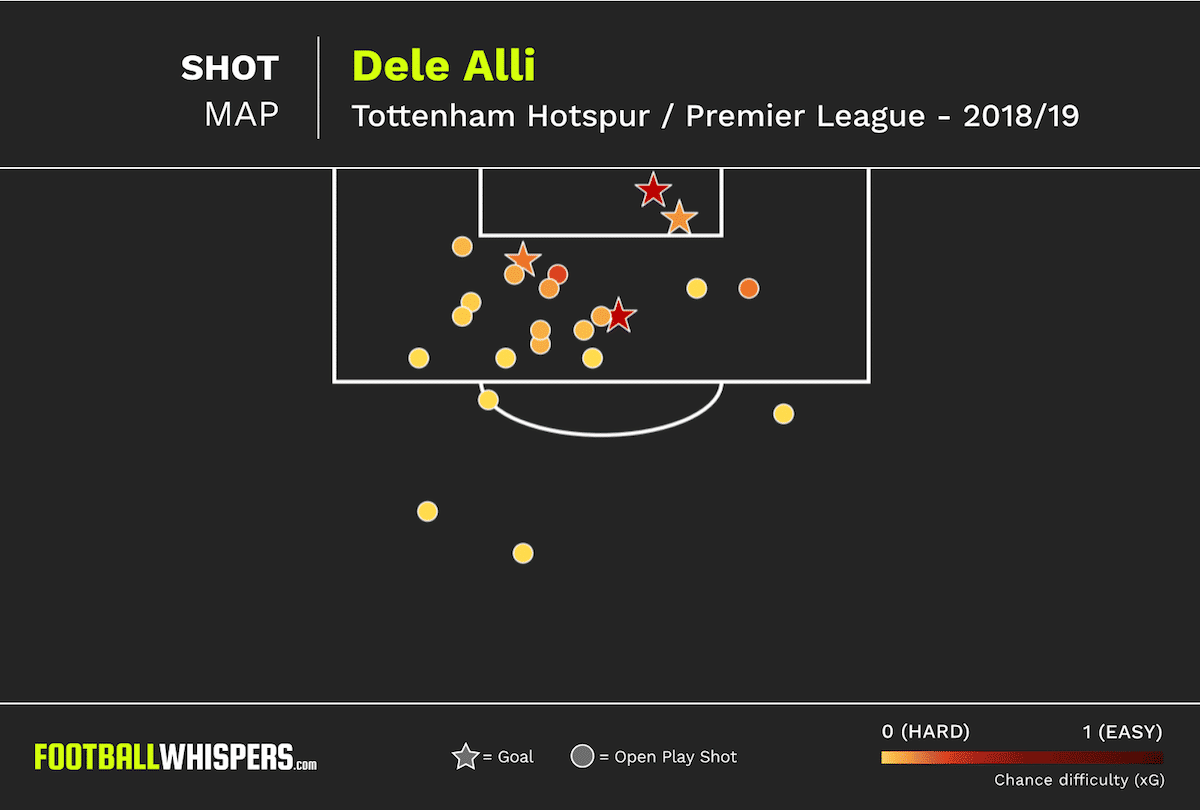 This is just one of several things Pochettino might do. The answer to every problem in the modern game appears to be to spend some money, but Tottenham’s coach is reluctant splasher of cash.

“Always we’re open to improving our squad but I think it's [Kane's injury] not going to put pressure on us to sign players,” Pochettino has said. “We know very well the market now is so difficult, and the circumstances that we have.

“If we identify the player that can add qualities that we don’t have in the squad, we’re more than open to trying [to make] that happen. But at the moment I think there’s not too many possibilities to add this type of player.”

Perhaps, then, Pochettino will turn to Alli. If he does, do not be surprised to see the England international take to a more advanced role like a duck to water.