Mauricio Pochettino's side have stumbled in their last two games after beating Liverpool in emphatic style, losing to West Ham United before being edged out by Manchester United on Saturday.

However, they come into Wednesday's clash with fresh memories of their impressive performance at the Santiago Bernabeu, when Pochettino produced a tactical masterclass to earn a 1-1 draw against the holders.

Both clubs have key players missing. Zinedine Zidane is without former Spurs winger Gareth Bale, who is recovering from a calf injury. Raphael Varane has also failed to make the squad, while the Real manager has left Dani Carvajal, Mateo Kovačić, Keylor Navas and Luca Zidane back in Spain.

Pochettino is still without Victor Wanyama and, while it remains to be seen if Harry Kane can win his race to be fit after returning to training following a hamstring strain, the return of Dele Alli to European action will come as a major boost.

The 21-year-old had been suspended from the Champions League after being sent off during Spurs' Europa League game against Gent last season.

As there is a chance that Kane will start on the bench, Alli's role in Pochettino's attack could be vital to his side's chances of three points.

A Willing Runner In Behind

Although Kane is most frequently the player to run beyond defenders and give Spurs an option in behind, Alli can comfortably deputise in this department.

Pochettino is expected to start Fernando Llorente once again as the Spaniard's physicality and aerial threat caused Real a problem last time out and, with Alli playing off the striker, Spurs could have an interesting dynamic up top.

Without Kane for the United game at Old Trafford, Spurs were forced to rethink their attacking strategy. Pochettino went with Son Heung-min as a makeshift striker, with Alli and Moussa Sissoko in behind the South Korea international.

They may not have scored, but Alli gave them an option with his movement and attacking instincts. Although he missed a golden opportunity to take the lead four minutes before United finally broke the deadlock through Anthony Martial, Alli still showed a willingness to get in behind the home side's defence.

As you can see below, as soon as Christian Eriksen receives the ball from Harry Winks, even before he has turned, Alli is on the move. 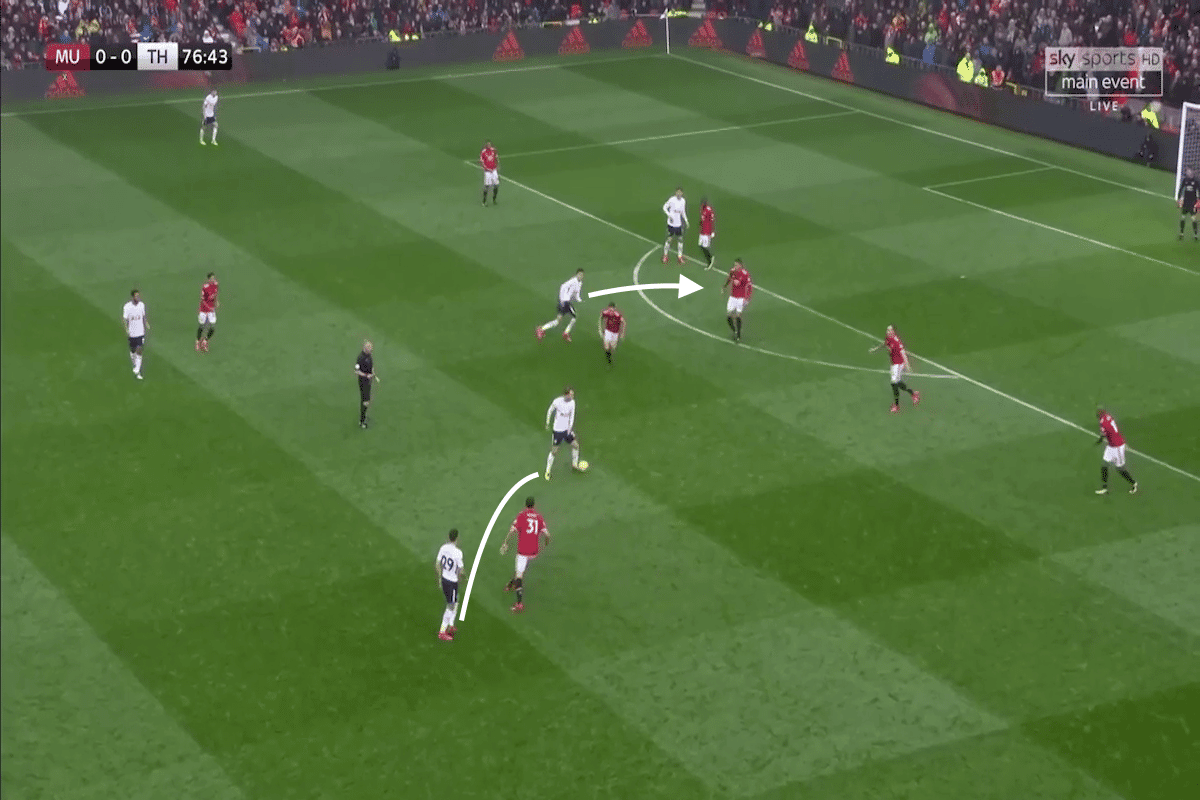 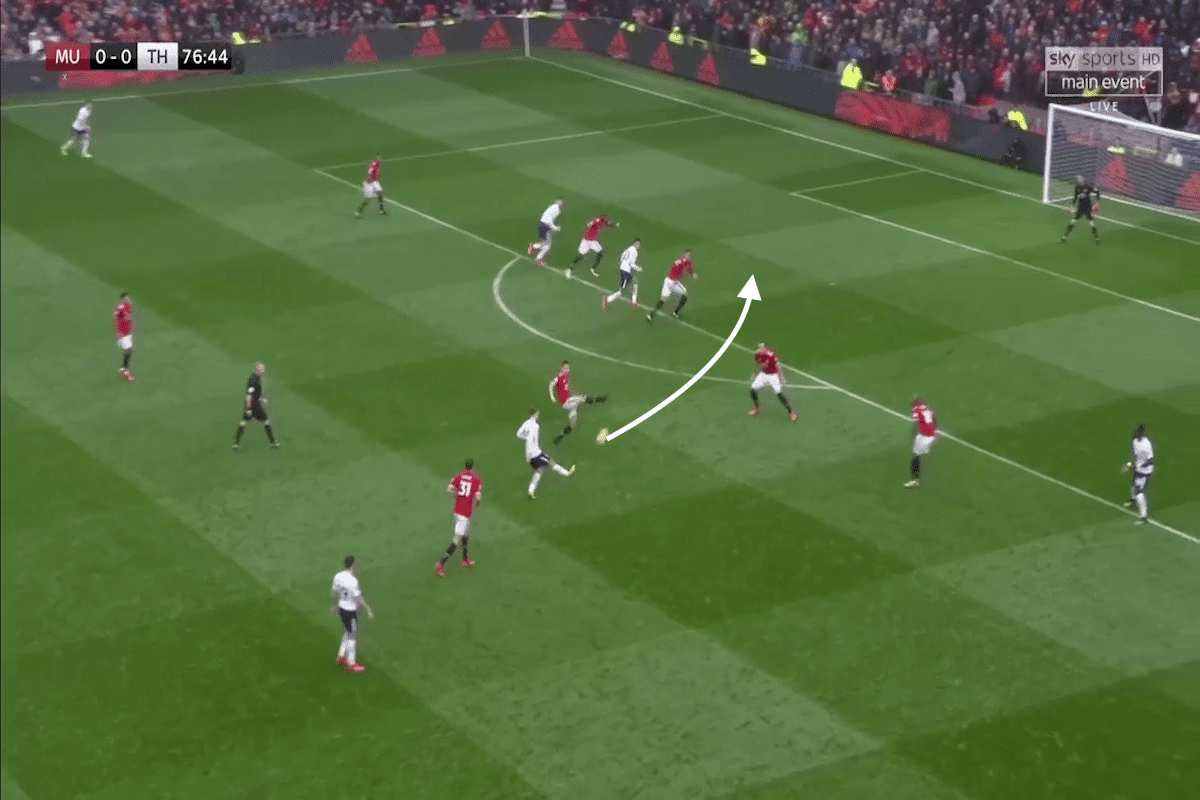 With Llorente making a dash towards the far post, Alli uses his intelligence to run on Chris Smalling's blindside. Thanks to the shape and quality of Eriksen's pass, Smalling is caught ball-watching, leaving Alli to ghost past him and right to the edge of the six-yard area. 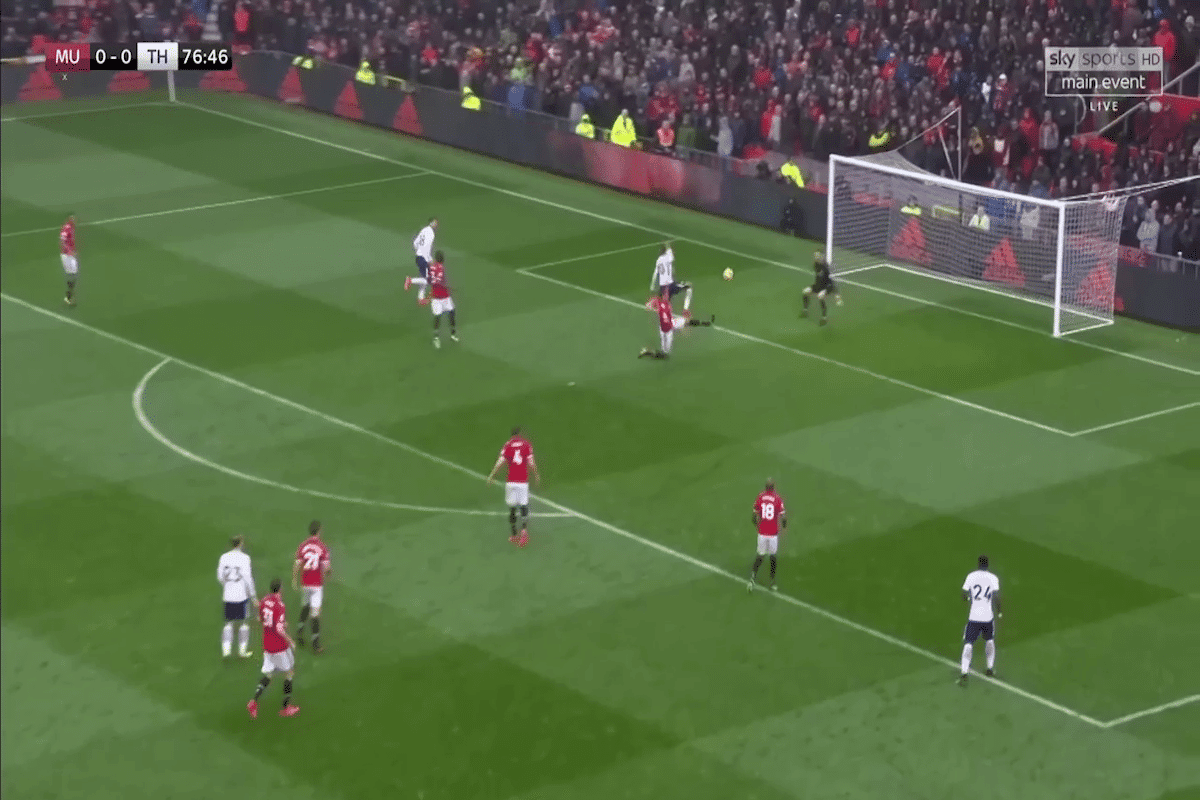 In the end, Smalling does just about enough to stick out a boot and prevent the Spurs man from getting a clean connection on the ball. It was a close call, though, and was by far Tottenham's shrewdest move of the match.

But that wasn't a one-off. Alli has made running off a defender's blind-side his forté. While there is much to be said for getting in front of a defender, it is unnerving for them to not know exactly where Alli is.

Take his goal against Newcastle United in August, for example. It bears startling similarities to his chance at Old Trafford. Once again, as soon as Eriksen picks up the ball, Alli is off. 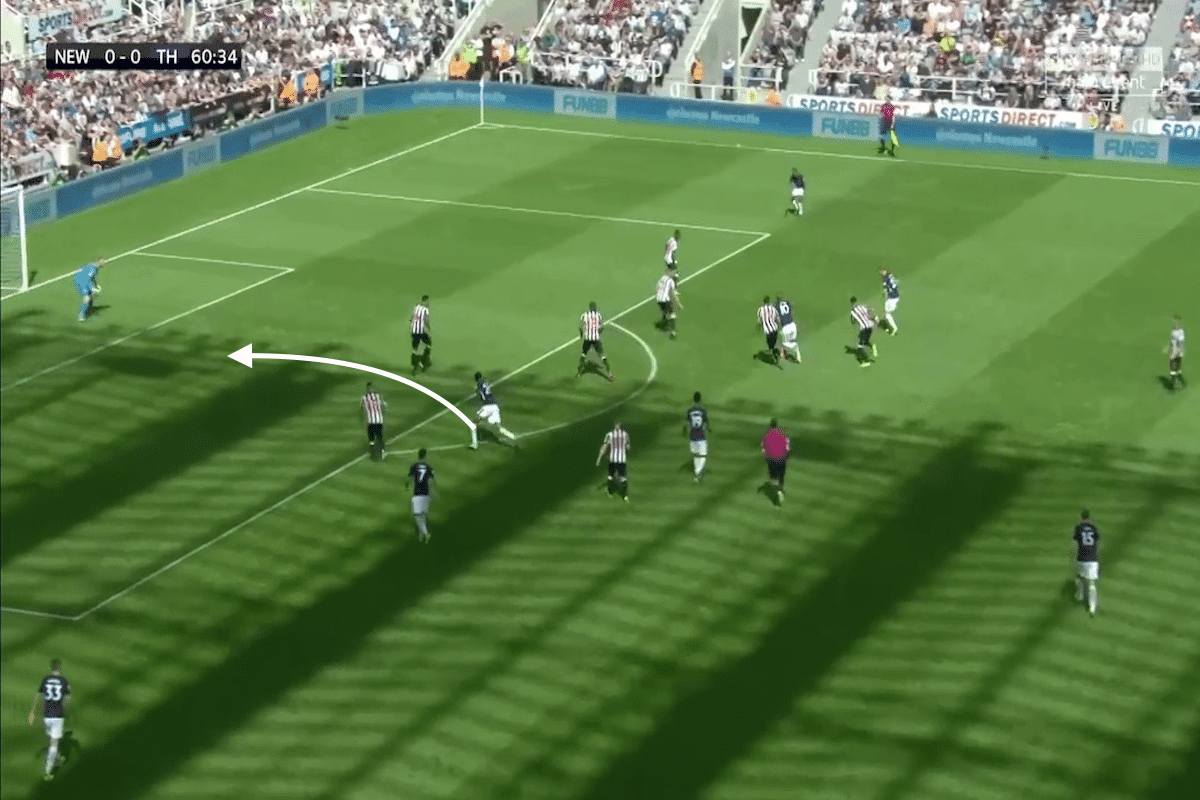 In the above image, Jamaal Lascelles has the same problem as Smalling. While concentrating on positioning himself to clear Eriksen's cross, Alli runs off his left shoulder. Only this time, the defender cannot react quick enough and Alli scores. 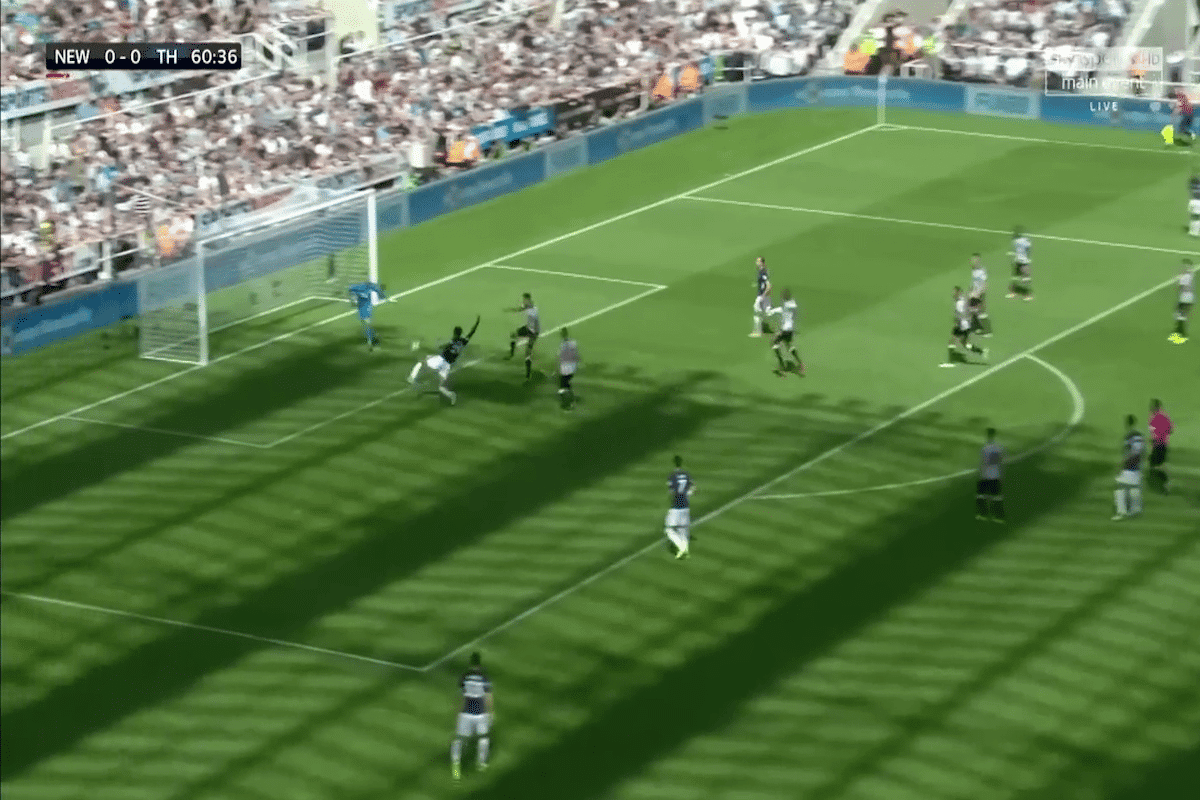 Alli has an expected goals (xG) of 3.89 while he has also created 19 chances with an expected assists (xA) rating of 0.20, illustrating just how much of a threat he is for Spurs. Without Kane, who has an xG of 7.11, Alli is the most likely Spurs player to score.

The La Liga champions have not been impenetrable by any stretch of the imagination this season. Los Blancos have only kept three clean sheets in their ten La Liga games this season, and conceded two to newly-promoted Girona at the weekend.

Spurs also found joy up against their back-line when Kane forced Varane into an own goal a fortnight ago. However, Zidane will be without the Frenchman after hobbling off in the defeat to Girona, so that may mean Casemiro will drop back into defence to partner Sergio Ramos.

The Spanish giants are also without Keylor Navas, so second-choice keeper Francisco Casilla, who looked unconvincing at times against Girona, will retain his place between the sticks.

The Catalan club exposed Madrid's defensive fragilities on Sunday. They were deserved winners on the day, having created enough chances to have 15 shots to their opponent's 14. Cristhian Stuani danced his way around Nacho Fernández for the equaliser before Cristian Portu reacted quickest in the box to pounce for the winner.

With Madrid looking vulnerable at the back and Alli determined to make an impact after missing the first three group games, Spurs may well find some joy against their illustrious counterparts and book a place in the last-16.