The rise of free-scoring Atalanta has been one of Serie A's most interesting stories in recent years.

Last term the Bergamo-based club claimed a Champions League place after a third-place finish. This season they find themselves in fifth, just a single point behind Roma in third.

They recently romped to a 7-1 win over Udinese and also claimed a 2-2 draw at Napoli. No team in Italy has scored more than Gian Piero Gasperini’s side (30) and they’re one of the most entertaining and intriguing teams in Europe.

Interest in Atalanta's stars is now the norm. However, it’s one of the club's players out on loan that has reportedly attracted interest from a host of Premier League clubs.

According to Tutto Mercato, Dejan Kulusevski is a transfer target for Arsenal, Wolverhampton Wanderers and champions Manchester City.

The 19-year-old attacker is currently starring for Parma in the Italian top-flight.  In his 11 appearances this season, Kulusevski has seven-goal involvements to his name. His form hasn’t gone unnoticed.

Reports in Italy claim Nuno Espírito Santo wants to sign the winger for around €15millon but Atalanta will demand a fee closer to €25million. Gli Orobici are also keen for add-ons to be included which would see them compensated if the teenager fulfils his potential.

Manchester City’s interest in the Sweden Under-21 international dates back to the summer.

Stefano Sem, the player’s agent, was recently questioned about interest from the Premier League champions but refused to expand on this. But, perhaps more importantly, he didn’t deny it: “For elegance, I don’t name names, I only say that they were both Italian and foreign teams.

“He’s a Swedish international, a player who has a more international market than other guys even for a basic mentality and culture discourse. Italians have the ambition to play for the Azzurri and maybe get a move to a big Italian club, a foreigner wants the top and if the top is in Italy, good. If it’s abroad he goes abroad.”

It's clear Kulusevski isn't married to the idea of staying in Italy for the entirety of his career. So a move to England could be on the cards. But is the €25million fee quoted by Atalanta value for money at this stage?

For starters, €15million is a sizeable outlay for a teenager with only 15 Serie A appearances under his belt. But at that price, clubs can take a punt. Almost doubling that fee piles more pressure on the versatile forward. But he might just be worth it, even at that higher valuation. 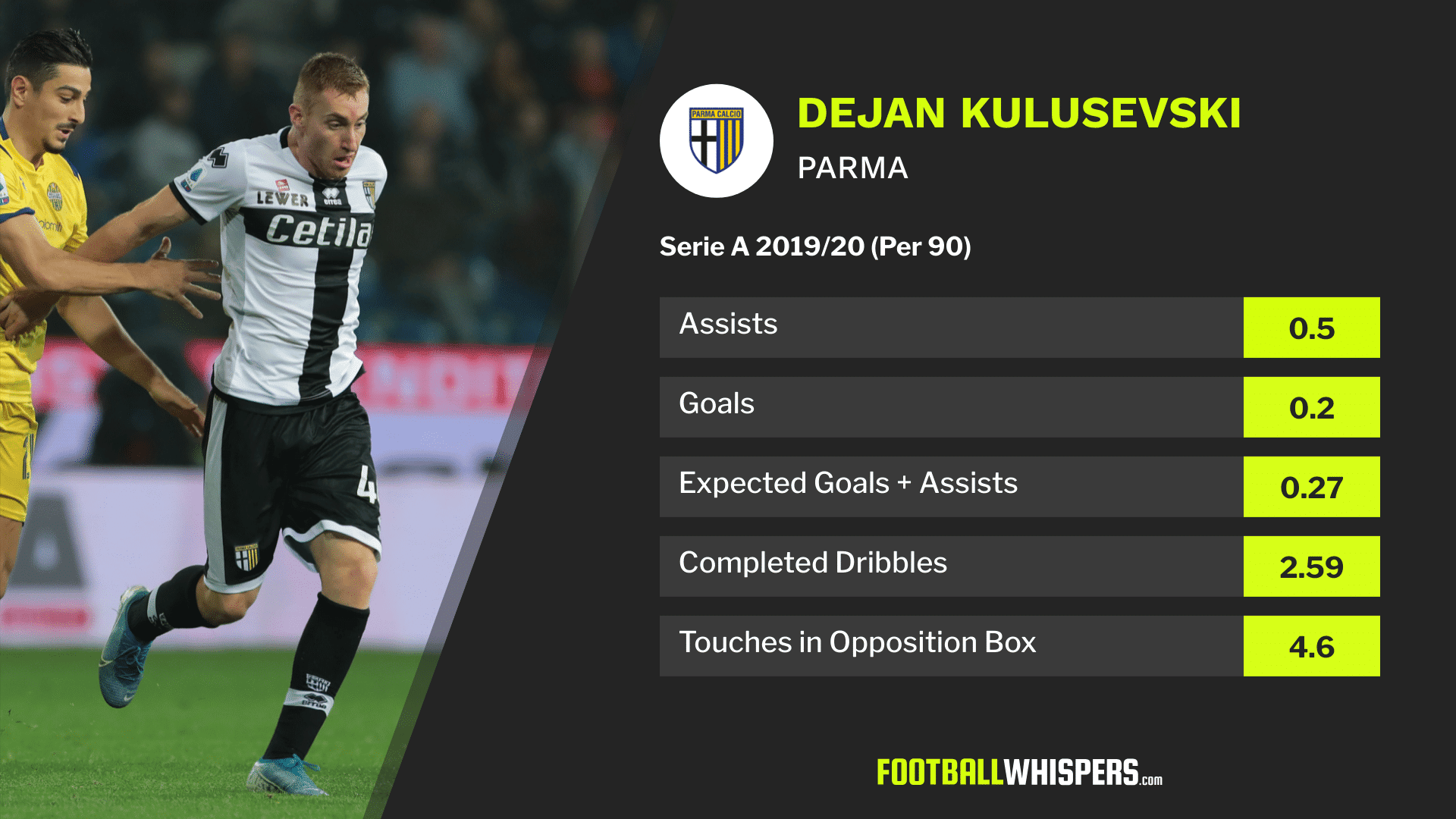 Unlike many other 19-year-olds still finding their feet in the game, Kulusevski has a purpose to his play. There's an end product and he's delivering for a team outside of the big six in Italy.

He's only a few months into his debut campaign in the first-team but he's already one of Parma's more creative players. So far, he's averaging 0.50 assists per 90 and chipping in with 0.20 goals.

The youngster is outperforming his expected numbers but even at 0.27 goals and assists per 90, it's still an impressive feat given Parma are a mid-table side.

He's great in individual situations, completing over 50 per cent of his dribbles, and the forward is used to seeing a lot of the ball in the penalty area, taking close to five touches in the box per 90. But perhaps his greatest trait is just how confident he is in possession. 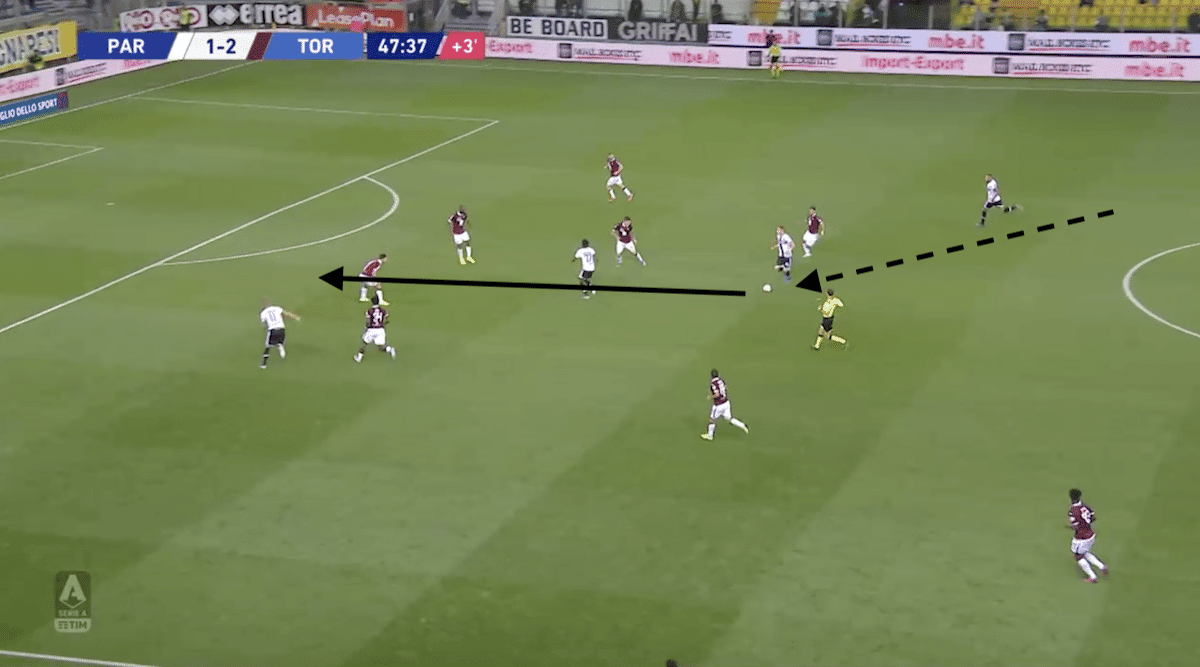 In the still above, Kulusevski has drifted in from the right flank while carrying the ball. He then delays before threading a pass between both centre-backs and into the path of Parma's other Atalanta loanee Andreas Cornelius.

In this one move, Kulusevski shows great maturity, ability on the ball and vision to create a goal out of nothing. It isn't a dangerous situation and Torino have men back, yet the weight of the pass decimates the backline and Parma equalise in the blink of an eye.

There are countless other examples of Kulusevski showing he's far more intelligent than your everyday teenage attacker.

This creative nous is why Premier League clubs are already keeping an eye on him. He's not relying on skills that aren't always transferable to shine. He's not banking on his pace to beat players. He's not scoring unstainable shots from ridiculous angles.

He's got the potential to be a difference-maker. If managed properly, he could be a handy ball-carrying midfielder in the right set-up.