The Swedish league action this weekend kicks off with the battle between Degerfors and Varberg at the Stora Valla. This preview will aim to provide the top tips for this game.

Degerfors were beaten for a third successive Swedish Allsvenskan match after losing 2-0 to Sirius. Meanwhile, Varberg enhanced their prospects of surviving in the division by getting a 2-0 victory over Goteborg.

After the heavy home defeat against Malmo, Degerfors might be in a mood to play out for a draw. The team has also lost three consecutive league matches to increase the threat of relegation. Varberg have managed one away victory so far this season and they have also struggled in previous away games against Degerfors. There have been no stalemates at the Stora Valla this season but this game might just provide the same.

Degerfors and Varberg have barely managed to get over a goal per game so far this season. At the other end, however, both teams have ended up conceding over 20 goals already. It will be difficult for witnessing a high-scoring match with both teams going through a mediocre run of form.

Varberg have been able to enjoy just one away victory this season, but they have scored in the last five away games without exception. In fact, the only time Varberg were unable to score in away matches this season was in their first away game against Mjallby. Degerfors have drawn a blank in the last two league games, but home comforts should enhance the likelihood of goals.

Top Betting Odds and Stats for Degerfors vs Varberg

Degerfors are back in trouble and the team are likely to resort to home games for getting away from the drop zone. It was only before the break that the team managed a string of wins at the Stora Valla. Now, heavy winds are blowing against the team, who have lost momentum and confidence following three successive losses.

Varberg did exceptionally well to claim the home win over Goteborg. This provides a huge breeding time for the club, who are now two points above the 14th place. One consolation for Varberg over the last few weeks of struggle would be that they have consistently been able to find the back of the net.

Questions about Degerfors vs Varberg 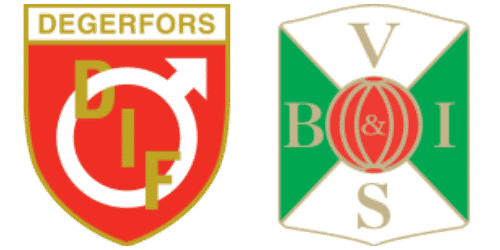 Where is the match scheduled? Stora Valla

Which team is the favourite to win? Degerfors