Norrkoping will be hoping to return to winning ways this weekend and put a bit more distance between themselves and the relegation places. Third from bottom Degerfors provide the opposition on Saturday and the visitors arrive on the back of a much-needed victory over mid-table Kalmar.

Two of the last three league meetings between these two clubs have ended in 1-1 draws, and we're predicting another stalemate between the pair this weekend. Hosts Norrkoping are without a win in their last six matches, picking up two draws and four defeats, but have outperformed Degerfors so far this season. Degerfors have secured one win, two draws and suffered three defeats from their last six outings but that victory did arrive last weekend at home to Kalmar, so the visitors should be confident.

Each of the last two draws between Norrkoping and Degerfors have produced under 2.5 goals, both ending 1-1, and we're predicting another low-scoring affair this weekend. Under 2.5 goals have been produced in each of Norrkoping's last six outings in the Allsvenskan and the same can be said for four of Degerfors' last six league games, so you can see why we're not expecting many goals in this game.

Norrkoping tasted yet another defeat in their last league game away at Goteborg. The visitors fell behind in the 30th-minute and another Goteborg goal early in the second half ended any hopes of a comeback for Norrkoping. A much-improved performance is needed on Saturday if Norrkoping are to end their winless run.

Degerfors were the underdogs at home to Kalmar last time out but an early goal from Orqvist put the home side in front. Berg equalised for Kalmar right on the stroke of halftime but that just gave Degerfors more purpose in the second forty-five and that lead to a 63rd-minute goal from Vukojevic. Degerfors held their nerve to secure all 3pts despite some late pressure from the visitors, a much-needed win for the Allsvenskan strugglers.

Norrkoping: the hosts have a clean bill of health and no suspended players this weekend.

Degerfors: Joseph-Claude Gyau will miss out for the visitors this weekend due to a suspension.

Questions and Answers for Norrkoping vs Degerfors 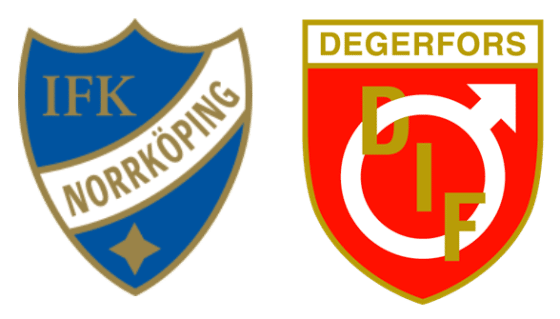