Degerfors have endured a tough start to the season and anything but a win this weekend could see them sitting bottom of the Allsvenskan table. Malmo provide the opposition on Sunday and the visitors have struggled on the road this season but do have a great recent record against Sunday's hosts.

At least three goals have been scored in each of the last five meetings between these two clubs in league and cup, while both teams have also found the back of the net in three of those five head-to-heads. Both teams have scored and over 2.5 goals have been produced in each of Degerfors' last three fixtures, while Malmo's last two outings have witnessed at least three goals scored and their last game against Hacken produced goals at both ends of the pitch.

We're going against the bookmakers with our next tip, backing Degerfors to win or draw this weekend. Degerfors have only won one of their last five meetings with Malmo but it was at home and Malmo arrive on the back of three straight defeats in the league, failing to score in their last two away games and conceding a total of 6-goals, while Degerfors won their last home game 2-1 against Helsingborg.

Defeat for Degerfors could see them slip down into last place

Degerfors made the trip to Varberg last time out and went in a goal down at the break. However, Campos equalised for the visitors in the 57th-minute after good work from Orqvist who claimed an assist. The game looked to be heading for a draw until deep into stoppage-time when Winbo pinched all 3pts for Varberg with virtually the last kick of the game.

Malmo had the home advantage against Hacken and were aiming to avoid a third straight defeat in the Allsvenskan. The first half ended goalless but early in the second, Hacken took the lead and 9-minutes later the visitors doubled their advantage. Malmo had a lot of work to do and did managed to pull a goal back through Abubakari in the 77th-minute but were unable to carve out an equaliser.

Degerfors: Sebastian Ohlsson misses the game due to suspension.

Malmo: Dahlin, Lewicki and Christiansen are rated as doubtful, while Nalic and Moisander will miss the game through injury.

Q&A for Degerfors vs Malmo 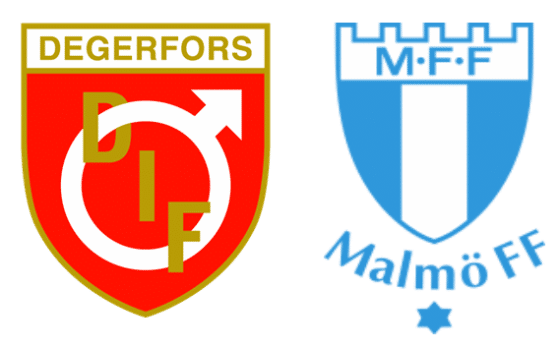