Title hopefuls AIK make the trip to second from bottom Degerfors this weekend. The hosts boast the joint-worst goal difference in the Allsvenskan this season and currently sit 17pts behind AIK, though, the visitors have played one more game.

There is a very good chance that we will be treated to goals at both ends of the pitch this weekend as that has been the outcome in three of the last six meetings between these two clubs in all competitions. Both teams have also scored in three of Degerfors' and each of AIK's last four competitive and non-competitive fixtures, adding further weight to our second prediction for Sunday's Allsvenskan clash.

Degerfors played host to Malmo last time out but were undone by a brace from Malmo veteran Swedish international, Toivonen. The former PSV man scored twice in the first half as Malmo established a tight grip on the game. Degerfors failed to produce a response during the second forty-five and Malmo ran out comfortable 2-0 winners in the end. That result leaves Degerfors sitting second from bottom on 6pts from their opening 10-matches, so anything but a win this weekend could see the club slip down to last place.

AIK made the trip to Helsingborg before the international break where they trailed at the break 1-0 thanks to a penalty from van den Hurk. AIK needed a quick response and they got it via a 21st-minute penalty from Seb Larsson. Larsson's namesake, Jordan Larsson, fired AIK into the lead just after the hour mark and AIK held firm to secure a 2-1 victory.

Degerfors: the hosts have a clean bill of health and no suspended players ahead of Sunday's match.

Your Questions for Degerfors vs AIK 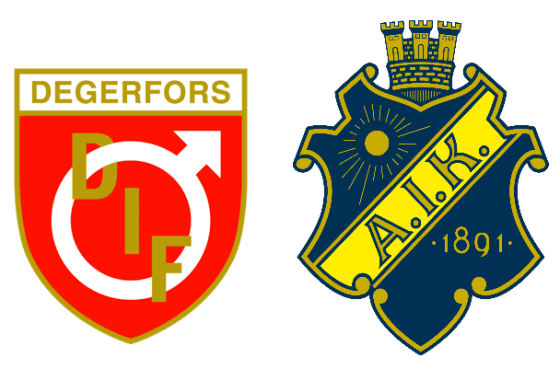