One of the few duels between Argentinian and Brazilian teams in the Top 16 round of Copa Libertadores is the Defensa y Justicia vs Flamengo duel. So, we have prepared an in-depth preview of this game for you.

Our best free predictions for Defensa y Justicia vs Flamengo

If you are struggling to find the right bet for Defensa y Justicia vs Flamengo, check some of our top betting tips for this game:

The Brazilian champions are simply the better team of the two, which is why our prediction for this match is for Flamengo to win. Even though Flamengo is not in the best form at this particular moment, they've at least been playing competitive matches for the past month, which is not the case with the home team and that could prove to be a deciding factor in this duel.

In the group stages of Copa Libertadores, Flamengo averaged 3.83 goals per game, while Defensa y Justicia averaged 3.17 goals per game. With this in mind, we expect them to combine for at least three games in the first leg of their matchup. After all, we've seen them do it many times in group stages already.

The odds for Defensa y Justicia vs Flamengo can vary from one website to another, so check our list of odds from some of the best UK bookies:

Defensa y Justicia vs Flamengo preview: An easy job for Flamengo in the matchup?

More than month has passed since Defensa y Justicia has played the last competitive match since they've failed to qualify for the knockout stages of the Argentine cup. And the team only managed to win one game of their last five matches in all competitions, so they didn't go on their break in great form. However, the team did get to the Top 16 phase of Copa Libertadores, which is already a success for them, although they did have a bit of an easier group.

The reigning champions of Brazil are coming into the Top 16 stage after a tough-fought group. While they did finish on top of it, they've only done it with 12 points from three wins and three draws. In the meantime, Flamengo started the season in the Brazilian Serie A with five wins and four losses, but they've lost three of their last five games in the league. So, they will be looking at their upcoming Copa Libertadores duel for a bit of a confidence boost for the rest of the season. 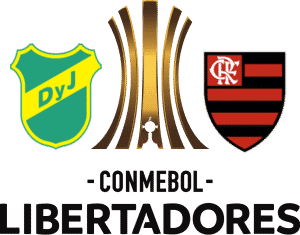