It was supposed to be easy they said, Liverpool were in control of their Champions League group they said. Red Star Belgrade had other ideas, and after two first half goals, beat the Reds 2-0 on Tuesday.

Even before kick-off, you knew it was going to be an interesting night with the home crowd in full voice, looking to wash away memories of their away trips to Anfield and Paris.

Liverpool dominated possession and chances created, but the home side took their opportunities. Milan Pavkov was the perfect example of this, scoring twice with two attempts on goal during a 45 minutes where he only touched the ball eight times. 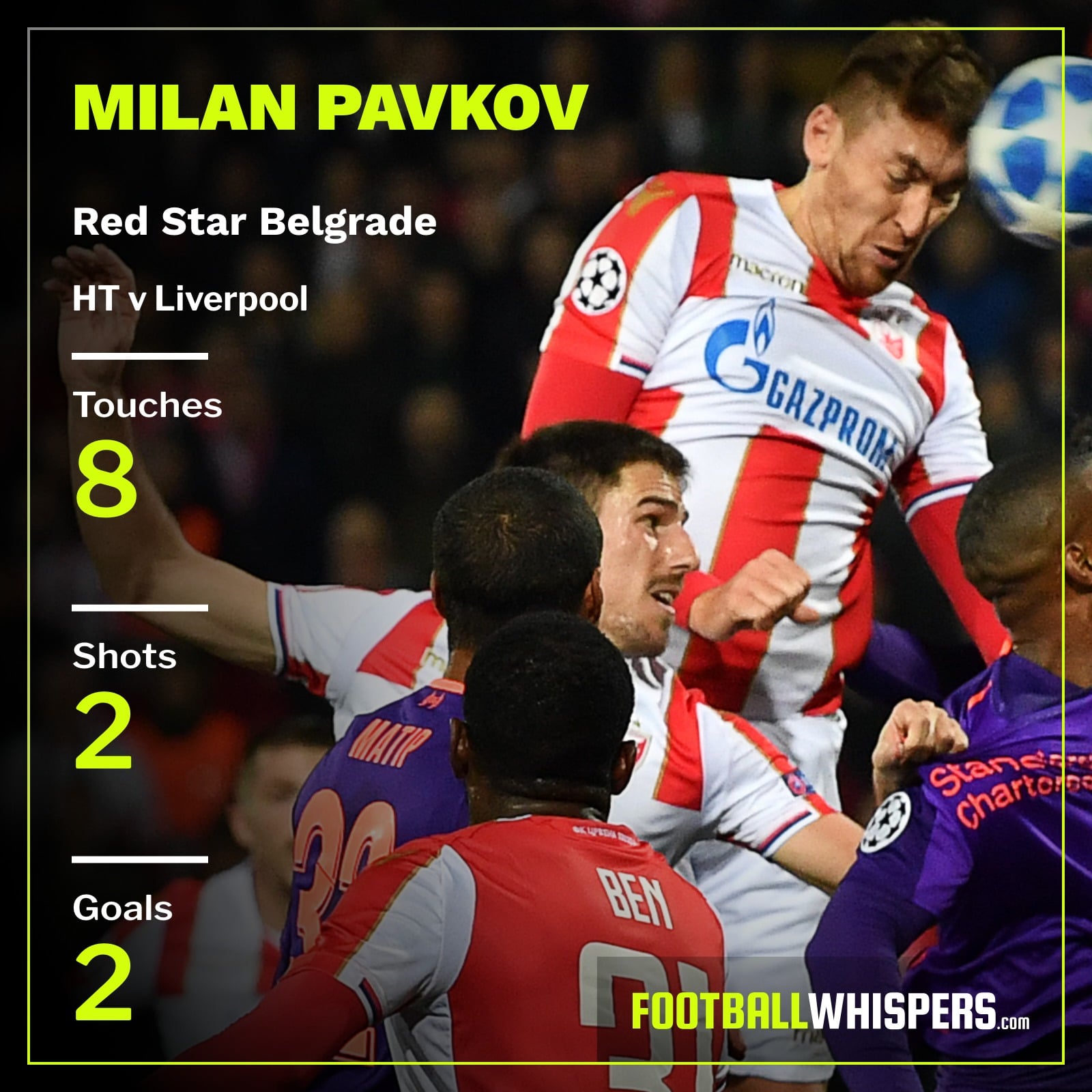 Red Star move up to four points after four games and with Napoli and Paris Saint-Germain to play later in the evening, they knew one of them, maybe both, would drop points.

Second place would be a tough ask, but they have given themselves a chance of shocking Europe and finishing third.

Liverpool on the other hand have gone from a position of power in Group C, to having two huge fixtures to overcome to secure a place in the last 16.

What Tuesday’s defeat showed, more than anything, is how modern football is a squad game and Liverpool are still missing the depth and quality needed to challenge at the very top.

Defensively there were worries the way Liverpool conceded the opening two goals on Tuesday, but those issues run deeper than the options Klopp has at the back.

With both Joe Gomez and Dejan Lovren unable to start, Klopp could still call upon Joel Matip to pair with Virgil van Dijk. At one point this was the first-choice pairing, so not to be sniffed at.

The same can’t be said for the attack, and in different ways, the midfield.

After going on a run of four goals in four games, Roberto Firmino has hit a bad patch of form and has just one goal in nine appearances – which was against Red Star in the first game.

“Roberto Firmino looks to me like he needs a rest and I wouldn’t be surprised to see Jürgen Klopp leave him out of one of the next few games,” Tony Cascarino wrote in his column for The Times.

“He’s played in 69 games since the start of last season, more than any other player in the Premier League. Even Mo Salah has played two fewer.

“He would benefit from a break to freshen him up.”

Starting on the bench against the Serbian side, his absence was felt when Daniel Sturridge, making his second Champions League start this term, missed a clear cut chance from six yards out. Exactly the type of opportunity you’d expect the Brazilian to put away.

The 29-year-old in his 45 minutes of action, saw the ball 16 times and had three shots – all of which missed the target.

If Liverpool are to challenge the likes of Manchester City for the Premier League title, they can’t always rely on their best three attackers. They need alternatives for when Salah, Sadio Mané or Firmino need a rest, or just an option to mix up the look of the team.

Sturridge is a decent option, but he’s not the answer. Divock Origi shouldn’t even be in the conversation.

Since the start of the 2017/18 campaign, no club has scored as many as Liverpool’s 48 goals in the Champions League. In fact, the nearest club is ten goals behind.

The Reds are joint second in the Premier League, with 21 goals scored and five conceded. This is far from a crisis, and fans should remember where this team has come from and what they have achieved.

However, if they want to progress, more reinforcements are needed. The midfield issues were mostly addressed in the summer. Add a fit Naby Keïta
or Alex Oxlade-Chamberlain, or Xherdan Shaqiri who didn’t travel, and the result could have been different.

The midfield has lacked drive and creativity and this shows in managing just three shots on target out of 22 attempts, but with players to come back, it’s an issue that would hopefully rectify itself.

Up front is the next position Klopp has to upgrade. Not to do with the players he already has, but the alternatives.

You only have to look east to Manchester and Pep Guardiola’s side with a handful of options all gunning for minutes on the pitch to see the difference.

Until Liverpool can move closer to their North West rivals – it would be hard to match them – then, and only then, can Klopp and the Merseyside club contend for the biggest prizes.