Love it, or hate it, the summer transfer deadline day and its attendant drama is here to stay, even if the Premier League decides to bring it forward to the start of the season.

Most of the time the final day ends in disappointment, with the hopes dashed of those supporters or neutrals who'd been led to believe new records were about to be smashed.

But there have been genuinely memorable moments in the history of deadline day with deals done that no-one saw coming.

Rafael Van der Vaart's arrival at Tottenham from Real Madrid in 2010 is a prime example. Now we all assume Daniel Levy grew up watching Supermarket Sweep, such is his love of a last-minute trolley-dash.

With Spurs just qualified for the Champions League in 2010, Harry Redknapp was looking to reinforce a squad that needed some European experience, and also make a statement.

Whether Ryan Babel fitted the bill was another matter, but the Liverpool winger was heavily linked with a move to north London in the morning of deadline day. 24 hours later, Levy had instead landed Van der Vaart, a true superstar of European football, from Real Madrid, in a deal that only began to take shape by mid-afternoon, just as Redknapp was winding down the window on his Merc.

The manager had long left Tottenham's training ground when negotiations reached a critical point, with just minutes to go to the 6pm deadline. Just as it looked like Spurs had failed to complete the deal, the radio silence was broken by the news that it was still on, but Tottenham's servers had crashed, meaning the paperwork was not completed.

Although it sounded like a ‘my cat ate my homework' excuse, the Premier League accepted it and Van der Vaart duly signed the next morning, going on to be a huge hit at White Hart Lane.

Berbatov's future had been undecided for more than a year before, although it was always likely he would leave Spurs. Levy preferred to sell to City, who were not considered such strong title rivals as United.

There was also bad blood still simmering between Tottenham and United after Michael Carrick's transfer in 2006, and it was exacerbated when Levy complained formally about United's approach for Berbatov.

Whether the Bulgarian would be putting on a red or sky blue shirt was in the balance right up until the deadline, when it was finally announced he would join United, with the player saying he had never even considered joining City.

One player who did choose the Etihad over Old Trafford on that final day, possibly inadvertently, was Robinho, the Real Madrid striker who was wanted by both Manchester giants and Chelsea.

Once United had signed Berbatov, their interest ended, but when Robinho flew in from Madrid on that final day, it was assumed he was heading for Chelsea. Instead the Brazilian pitched up in Manchester, and even as he was doing the customary photocall, his quotes suggested he had agreed to join Chelsea before City came in. 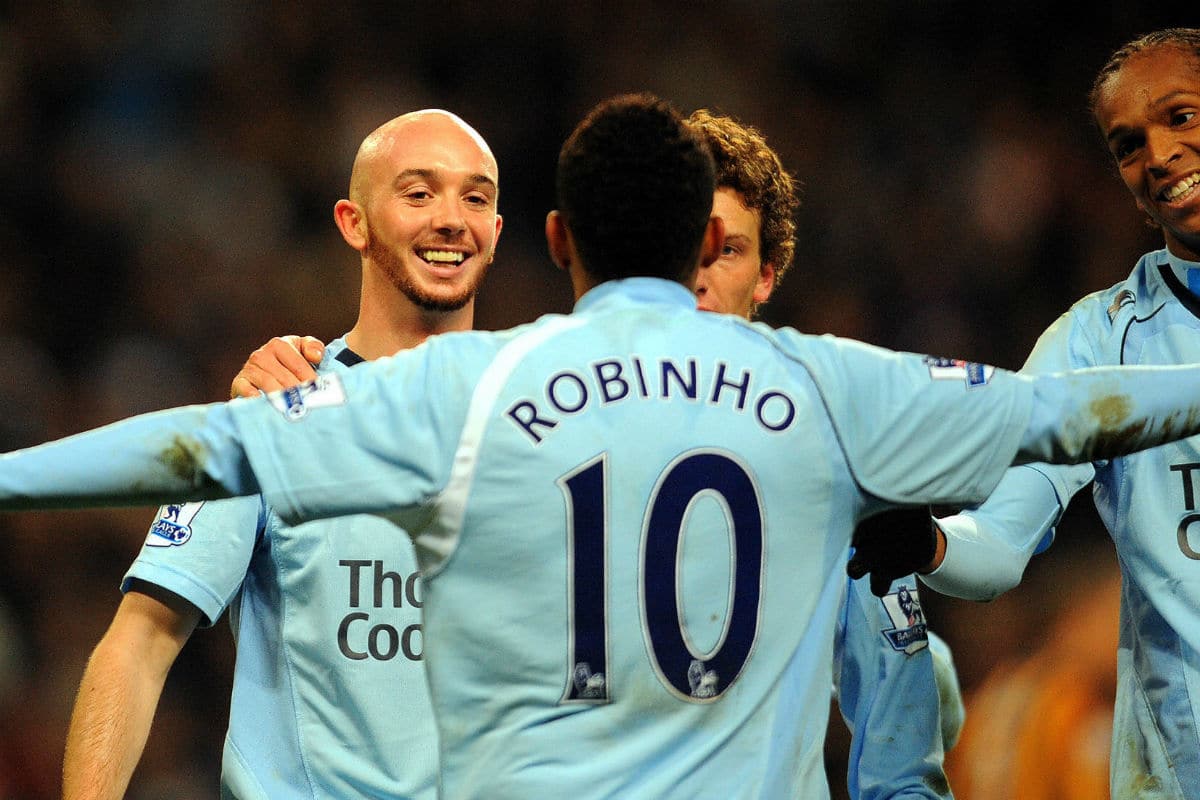 Perhaps the fact that it was on the same day that Abu Dhabi holdings completed their takeover of City that made the difference, and also the presence of fellow Brazilians Elano and Jo. But Robinho never really had the impact expected, tending to go missing in games away from home, and he lasted less than 18 months before returning to Santos on loan.

Other major deals have made a big difference. Eyebrows were raised when Chelsea re-signed David Luiz from PSG last year, especially when his first two league games were defeats by Liverpool and Arsenal. But once Antonio Conte switched to a back three, Luiz found his form and was a major part of Chelsea's run to the title.

And of course the drama is not confined to the summer transfer window. Who can forget deadline day in January 2011 when we had the double-whammy of Liverpool selling Fernando Torres to Chelsea for a record £50m, only to blow two-thirds of the fee on Newcastle United's Andy Carroll – and look how that ended!

Only a few hours earlier, Kenny Dalglish had also signed Luis Suarez from Ajax, a much better move for all concerned.

Other major deals to be done on deadline day include Wayne Rooney's record-breaking move from Everton to Manchester United in 2004, Marouane Fellaini's identical journey nine years later, and Mesut Ozil joining Arsenal from Real Madrid on the same day in 2013. The jury is still out on those two.

Fantastic or farcical, deals will still be happening right up to the final seconds of the deadline, which is why we cannot afford to take our eyes off the ball – or our screens.