Back in 2013, Valenciennes, a second division French side, plucked 14-year-old Dayot Upamecano from relative obscurity to be part of their youth set-up.

Five years later, the 19-year-old, now starring for RB Leipzig, is regarded as perhaps the most promising centre-back in Germany and one of the ten best teenage footballers in Europe.

Upamecano never actually played a single minute of league football for Les Athéniens, yet he was spotted and called up for his international debut in the France Under-16 team in 2014.

Jean-Claude Giuntini handed Upamecano his debut against Norway and he has coached the defender through from under-17 to under-19 level.

“Dayot's development has been lightning quick in the last two years, combining great ability with an exemplary spirit,” said the France boss.

“There are still areas where he can improve, but he has proved himself a key player in our squad with actions rather than words.”

Now a Manchester United and Arsenal transfer target, RB Leipzig’s excellent scouting system spotted the defender and in 2015 he was signed by Red Bull Salzburg for just over €2.2million.

The Austrian club is where Red Bull's next batch of talented youngster are given a chance. In the Swiss league they gain vital minutes on the pitch which helps them develop at an accelerated mate.

It was on Upamecano's 16th birthday that he made his debut for the France Under-17 team and he would go on to play a starring role as they lifted the 2015 European Championship.

He was named in the team of the tournament beside team-mates Alec Georgen, Celtic loanee Odsonné Edouard and Arsenal’s Jeff Reine-Adélaïde.

After 23 appearances in Salzburg’s first-team and then coach Óscar García complimenting his composure and strength, Leipzig had seen enough and handed over €10million in January 2017 to bring Upamecano to the Bundesliga.

RB Leipzig were the story of last season, surprising everyone to finish second behind Bayern Munich and qualify for the Champions League.

Everyone began to hear more about Timo Werner's goals, the creativity of Emil Forsberg and the all-action style of Liverpool signing Naby Keita, but many onlookers believe Upamecano could be the best of the bunch.

“Dayot has everything needed to succeed in professional football,” admitted team-mate and fellow defender Marvin Compper.

What Compper has seen is not just a very aggressive young defender, but someone who plays with a measured approach, which means his eagerness doesn’t turn against him.

His huge frame, standing over 6ft and about as wide as he is tall, makes him a formidable figure. Yet, he combines it with surprising acceleration and speed across the ground.

Upamecano is also blessed with great reactions and can recover from any position if he finds himself on the wrong side of the ball. His powerful legs and strong upper-body help him pursue and chase down attackers. 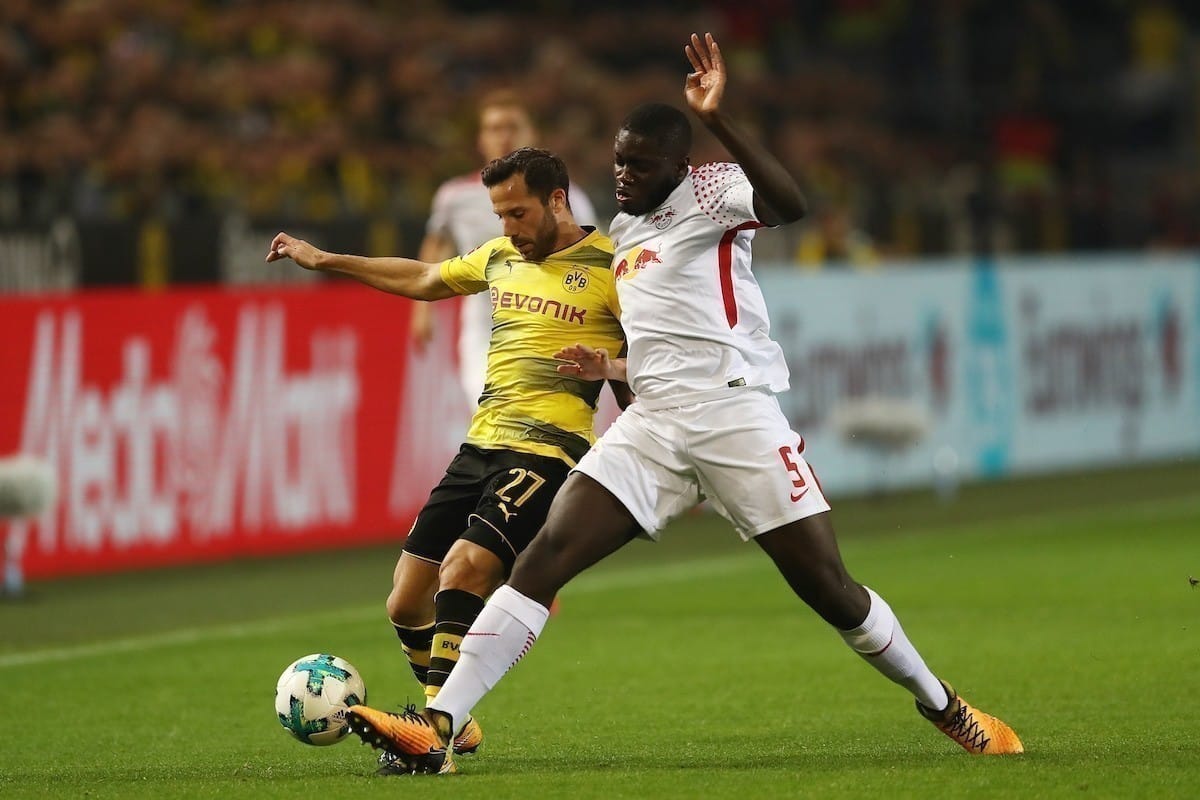 He makes forwards work extremely hard to get past him. Strikers can’t use pace as Upamecano can match them, and he’ll beat anyone in any battle of strength.

In possession the 19-year-old is much more than a limited defender. Wingers will be envious of his quick feet, able to skip past opponents and drive into the open space.

At a distance, you’d be forgiven for thinking Marcel Desailly has come out of retirement and has pulled on a Leipzig jersey. He has the same traits, the long legs and the ability to gallop up the field.

He has flashes of the French great that are twinned with elements of Chelsea duo Kurt Zouma and Tiemoué Bakayoko.

In modern football, you also need your centre-back to be comfortable enough to lift his head and pick a pass. The Leipzig defender has those capabilities, too.

With a sweet right foot, he can spread a pass to each side of the pitch and is a great trigger to start an offensive move.

Upamecano really has it all, and if you were going to build a stereotype centre-back for the modern game, the Leipzig man is about as close as you will come.

There are still elements to improve; everything can be tightened up and mistakes will dissipate with increased experience, but teenager has everything in place to go all the way to the top.

His reported £89million release clause will put some potential suitors off at this stage, but that is why it’s there.

Give it a few months and the likes of Barcelona, Arsenal and Manchester United will be more than willing to open their chequebook for this young and very talented prospect.