Sixteen points clear of second-placed Manchester United, Pep Guardiola's Manchester City are cruising towards the Premier League title this season, set to wrap up their first top-flight crown under the Catalan tactician in record-breaking style.

In an expensively assembled team of world-class stars, much of the praise has been reserved for Belgian playmaker Kevin De Bruyne, with the former Chelsea man being widely tipped to be named Player of the Year, and deservedly so.

But David Silva's phenomenal displays should not be overlooked. The 32-year-old Spaniard, who joined City from Valencia in the summer of 2010, is arguably the club's greatest ever player. And the diminutive creator might just be having his best season in sky blue. 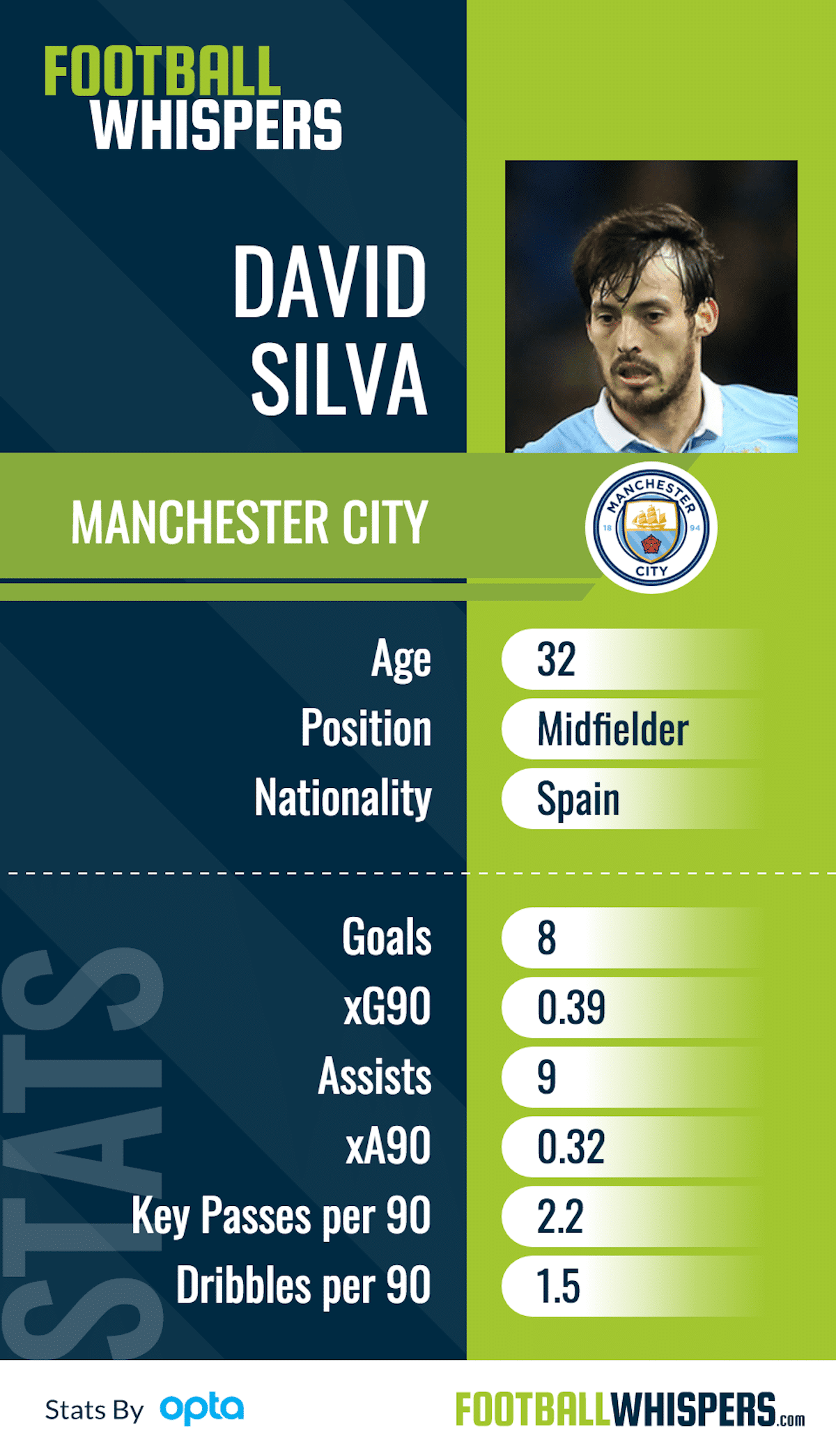 This is Silva's eighth campaign at the Etihad, and the World Cup and European Championship winner has been remarkably consistent throughout his time in England.

One of the driving forces behind City's two previous title wins, the 118-cap La Roja star's unassuming nature, and the deft subtlety of his brilliance, has perhaps led to him never receiving the acclaim he truly merits, only once named in the Premier League Team of the Year.

And while De Bruyne might be hogging the limelight on the blue side of Manchester this term, Silva, once again, deserves immense credit for his contribution.

With 24 appearances to his name in 2017/18, and eight fixtures remaining before the end of the season, Silva has already recorded his second-best ever goals return, finding the net eight times. His 12-goal high mark from 2014/15 is well within reach, too.

He has only twice registered more assists than his current nine in a single Premier League campaign as well. While it remains unlikely he will eclipse his 15 assists from his second term in England, he only scored six league goals that season. With four more goals or assists in the final eight games, Silva will have equalled his record for direct goal contributions in one season.

The 32-year-old's average of 2.2 key passes per 90 minutes falls short of his 2012/13 peak of 3.7, but his expected assists per 90 (xA) – a metric which measures the quality of chances being created – is the highest it has been in the last three seasons.

What's more, despite his age, Silva's average of 1.5 completed dribbles per 90 has never been higher.

He might not be at the front of the queue when individual awards are being handed out at the end of the season, but Silva's part in City's success should not be underestimated.