Liverpool‘s improvement over the last 12 months has been astonishing.

The Reds finished fourth in the Premier League last term, 25 points behind champions Manchester City. Now, with just one game of the 2018/19 campaign remaining, they are second, just a point behind City, having improved their points total by 19 with a match to spare, and with just one league defeat to their name all season.

But there will be no stopping to admire their progress this summer, no resting on laurels – especially if City cling to their narrow advantage in the title race and deny Liverpool a first top-flight crown in 29 years.

This summer will be another of improvement and trademark smart recruitment for the Reds. There is no revolution required, with previous mega-money moves for Virgil van Dijk, Alisson, Naby Keïta and Fabinho all having vastly upgraded the starting XI, but the right tweaks could see Liverpool hit yet higher levels next term.

To that end, Klopp has reportedly identified Ajax winger David Neres as a target.

Valued somewhere between £35million and £50million according to varying reports, the Brazilian has enjoyed a stellar campaign as Ajax look to complete an unlikely treble. 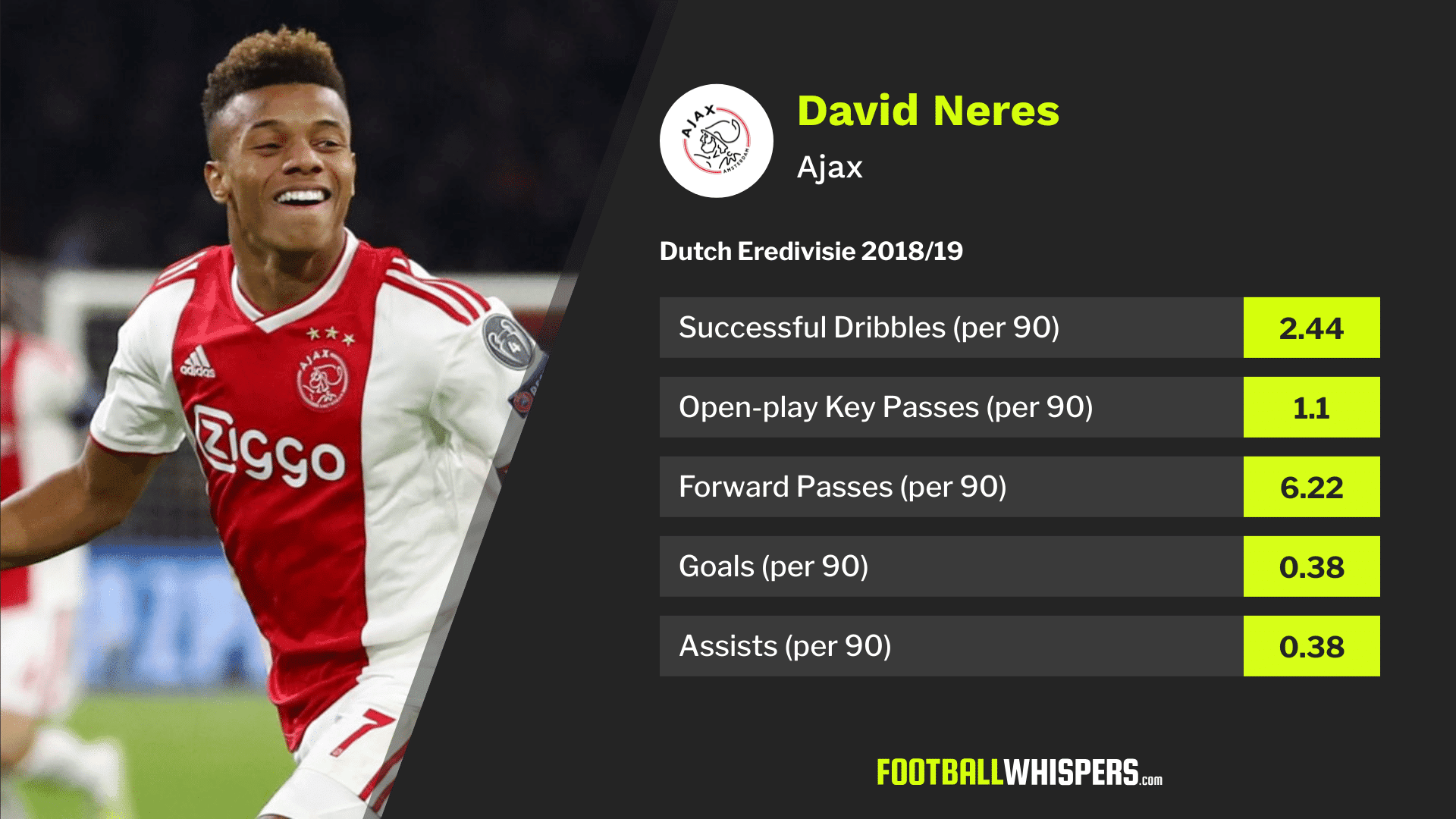 Liverpool's front three of Mohamed Salah – once again the Premier League's highest scorer – Sadio Mané and Roberto Firmino is among the best in football, and few realistic targets could be brought in to improve what is already a well-oiled scoring machine.

But the key to Neres' suitability is that, while also being an ideal stylistic fit for Klopp's system, he would not be signed to infiltrate the Reds' established attacking trident but rather to complement it.

Stylistically, the 22-year-old is electric across the turf and a fearless, inventive dribbler with an eye for goal. He has found the net 26 times in his two full seasons with Ajax to date, having joined the famous Dutch club from São Paulo in January 2017, and has contributed 15 assists this term.

For all his skill on the ball, the one-cap Brazil international works tirelessly when out of possession, schooled in Ajax's philosophy of high, intense pressing when the ball is lost – lessons that would translate perfectly to life at Anfield.

Although left-footed, Neres is capable of playing on either flank. He featured exclusively on the right for Ajax last season, cutting inside on to his stronger foot and posing a serious goal threat as a result. This term, he has split his time between the left and right wings, with his creativity coming to the fore in the former role.

This versatility, coupled with his youth and future potential, makes him the ideal fourth wheel for the Liverpool attack. Rather than supplanting one of the Reds' first-choice front three, he could rotate among them, and his presence would give Klopp and extra level of tactical flexibility.

It's essentially the role Xherdan Shaqiri was signed to fulfil last summer. But, while the Swiss has served a purpose this term, his reduced game time over the second half of the season suggests Klopp may be in search of a higher-calibre – or at least stylistically different – option.

Neres is more dynamic and unpredictable than Shaqiri, a more gifted dribbler and greater direct threat to the opposition's goal.

In addition to being able to fill in on either wing when one of Liverpool's current striking options is injured, suspended or in need of a rest, he could, for example, be added to the right flank to allow Salah to take up a central role, allowing Klopp to experiment further with Firmino as a No.10 in a 4-2-3-1.

Or Neres could start on the left and give Mané the option of moving into the middle, providing the Senegalese with the chance to build on his prolific form in front of goal.

The groundwork for Liverpool‘s future success and years of further title challenges has already been done. But the addition of Neres would be just the kind of subtle improvement that could be worth a crucial point or two over the course of next season.