David Luiz was supposed to be the final piece of the jigsaw for Arsenal after a successful summer in the transfer market.

After securing the likes of Kieran Tierney and Nicolas Pépé in a frantic final few days of the window, the former Chelsea man arrived at the Emirates Stadium on deadline day for what was widely considered to be a bargain price of around £8million.

Luiz is a player who has always divided opinion, but there was some consensus that Arsenal needed an experienced Premier League centre-back at short notice after Laurent Koscielny’s acrimonious departure from the club, and that the 32-year-old Brazilian was certainly a man fitting that description.

Manager Unai Emery had worked with Luiz at Paris Saint-Germain so seemed perfectly placed to judge whether the defender would be an adequate stop-gap ahead of the arrival of prodigious centre-back William Saliba at the club next summer.

In theory, the signing – much like all of Arsenal’s summer business – made a lot of sense and appeared to reflect a more strategic recruitment process than the Emirates Stadium has witnessed in recent seasons.

Unfortunately, the reality of Luiz’s first few weeks in the red and white of Arsenal has proven more tumultuous than anyone would have anticipated, with a series of high-profile errors raising questions about the 57-cap Brazil international.

Eye-catching mistakes are nothing new for the man from São Paulo, of course, and Emery will surely have anticipated this campaign will occasionally be marred by a Luiz calamity here or there – that’s the trade-off for securing a first-class ball-playing defender at a bargain price.

But the Premier League and Champions League winner has already been at fault for three goals in just five matches in 2019/20, giving away penalties against Watford and Liverpool as well as being easily beaten by Mohamed Salah for the Reds’ third at Anfield.

It is perhaps telling the Gunners’ only clean sheet in the league has come in the one match that Luiz didn’t take part in: a 1-0 win at Newcastle on the opening weekend of the season.

Since then Arsenal have shipped ten league goals – twice the number that have been conceded by leaders Liverpool as well as top four challengers Leicester City – which is the joint fifth-worst record in the division.

This isn't all Luiz’s fault. Arsenal have been porous at the back for years and have been without key defenders like Héctor Bellerín, Rob Holding and Tierney for the entire campaign to date.

But the difficulty for Emery is that Luiz appears to be a player who compliments an already solid defence, rather than offering the leadership required to glue together a weak backline.

The Arsenal manager may have anticipated that a partnership with a more traditional centre-back like Sokratis Papastathopoulos would bring out the best side of his teammate’s defensive game, but that has yet to materialise this season.

Supporters and pundits have been speculating on a solution to Luiz’s defensive woes and one school of thought could be to give him more responsibility, as proposed by Arsenal legend Paul Merson on Sky Sports' The Debate this week. 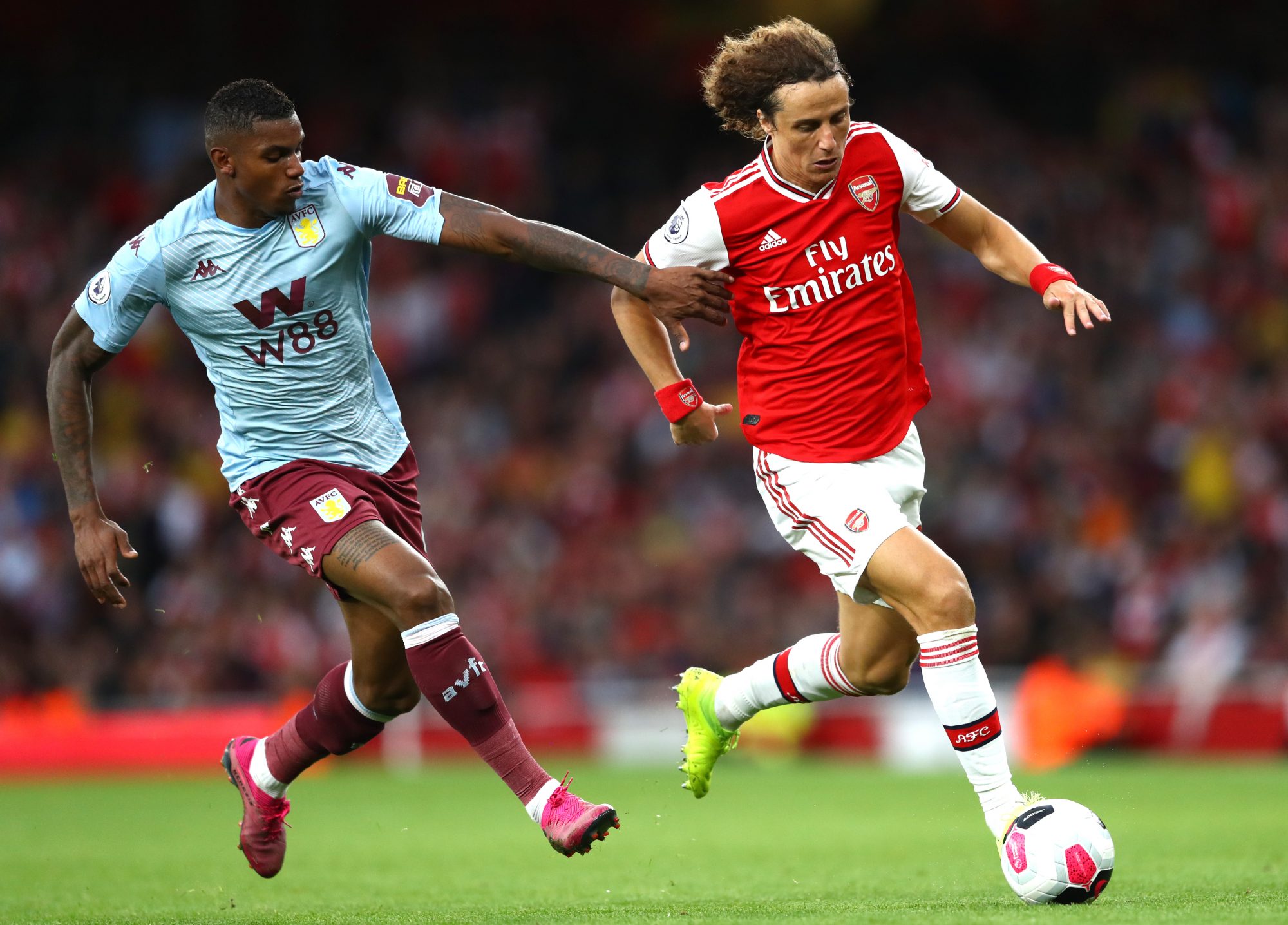 While it’s true that the veteran defender is currently one of the first names on the team-sheet, it would be a particularly bold move to give the captaincy to a player who perhaps needs to focus on the deficiencies in his own game at the moment.

A better course of action may well be to show patience where Luiz is concerned, as he continues to adapt to life at his new club.

Ultimately it will be difficult to teach an old dog new tricks, and the mistakes made against Watford and Liverpool are unlikely to be the former Benfica man’s last in an Arsenal shirt.

But as the season progresses and the Gunners’ first choice back line return to full fitness, the best side of Luiz’s game could be set to emerge.

Arsenal fans will hope that a pairing of Holding and Luiz may hold the key to more assured defensive performances or that a back three involving Sokratis might allow the ball playing, free-spirited side of Luiz’s game to flourish.

There is undoubtedly still time for one of the Premier League’s most unique defenders to turn things around at the Emirates Stadium but it’s hard to ignore the feeling that he has looked like the wrong man to solidify Arsenal’s rearguard in the early stages of the season.