It is the opening day of the 2016/17 Premier League season and Stamford Bridge is baying for blood.

Thibaut Courtois is lying prostate on the ground after a notoriously physical – and cynical – centre half made mincemeat of his shin.

The poor Belgian is stretchered off and the boos turn into a standing ovation. Antonio Conte gives him a sympathetic pat on the shoulder. Social media, meanwhile, is aflame as for the eighth time, the super slow motion replay captures the ‘thug’ in the act. Headlines, panel discussions, and a hefty ban follows.

To many this type of reaction would be perfectly commensurate. But when then Chelsea goalkeeper Dave Beasant was the recipient of an Alan Cork branding three decades earlier, barely an eyelid was batted.

“When I joined Chelsea they were in Division Two before we got promoted, and my first game back in the top flight was against Wimbledon at Plough Lane,” he told Football Whispers earlier this year. “My old mate Corky and I came out to clear a ball outside the box – and you know what you’re going to get from Wimbledon.

“He left his foot there and hit my shin, and my shinpad was literally holding my shin together. At half-time, I knew there was blood there, but I took my shinpad off and my shin just opened up.

“There was no time to stitch me up. So they pushed it back together, put my shinpad back on top of it and taped it around to hold it together until the end of the game.

“At the end of the game they put 18 stitches in me and the bone was really sore and bruised. We had a game against Arsenal on the Tuesday and that’s what happened, we just got through it.”

Any macho culture that existed in football may have died out soon after the turn of the century, yet Beasant’s stiff upper lip was not just born out of pride.

He grew up playing for a local Sunday league team rather than under the auspices of an academy and joined his first professional club, Wimbledon, at the age of 20. For context, a 19-year-old Jack Butland received his first England cap in 2012.

Therefore Beasant never felt as if he could rest on his laurels as a professional, as without the quilted pillow of a multi-million contract, only his passion for the game was sustainable.

“Goalkeepers nowadays have obviously got the financial security which we probably didn’t have but also, the love of the game – that’s why I continued to keep playing and am still out in the football environment,” said Beasant, who is now Reading’s goalkeeping coach.

“I do think modern-day players are more protective of their bodies than we were. We would play through injuries that you knew you shouldn’t be playing through, but you didn’t want to be classed as being weak or letting the players down and that you didn’t want to lose your place.

“If someone came in and played a blinder you didn’t want to let them. I used to have operations at the end of most seasons.”

Beasant was a strait-laced member of the Crazy Gang – compared to some of the other protagonists – but he was central to the most famous chapter of Wimbledon’s story.

In 1988, he became the first person to save a penalty in the FA Cup final as Wimbledon upset not just the apple cart but the entire market stall in beating Liverpool.

Newcastle United shelled out £750,000 to make him Britain’s most expensive goalkeeper a month later before he landed at a modest Chelsea side.

“Newcastle was a disappointing time, really,” Beasant admitted. “The club itself was going through a transition of ownership and we got to a situation where I was last in, first out.

“I went to Chelsea soon after which was probably a club I would like to have gone to from Wimbledon, but in terms of location it wouldn’t have been a great move from one London club to another.

“I had a great time at Chelsea and from the success they’re having now, their last successful period was probably when I was there. A trophy that you’d be laughing about now, the Full Members Cup, was their best period since the 1970s.”

These were the days of Ken Bates’s quids-in, much humbler times long before Roman Abramovich planted his flag at Stamford Bridge.

The club was in serious peril before Bates bought the club for a pound and while their capture of the Full Members Cup in 1990 is lost among the many trinkets Chelsea have since acquired, it remains one of the most significant steps in their modern story.

“It felt like a big club in comparison to Wimbledon, but when you compare it to what the club is like now – it feels like every time I get out the door clubs suddenly turn into big ones!” jokes Beasant.

“When I left Chelsea they developed the Bridge and from the days they had the dog track and parked the little blue disabled cars behind the goal. Younger people wouldn’t even know about that..

“Ken Bates was there at Chelsea, and he saved the club, but in comparison to Abramovich there is no equivalent.” 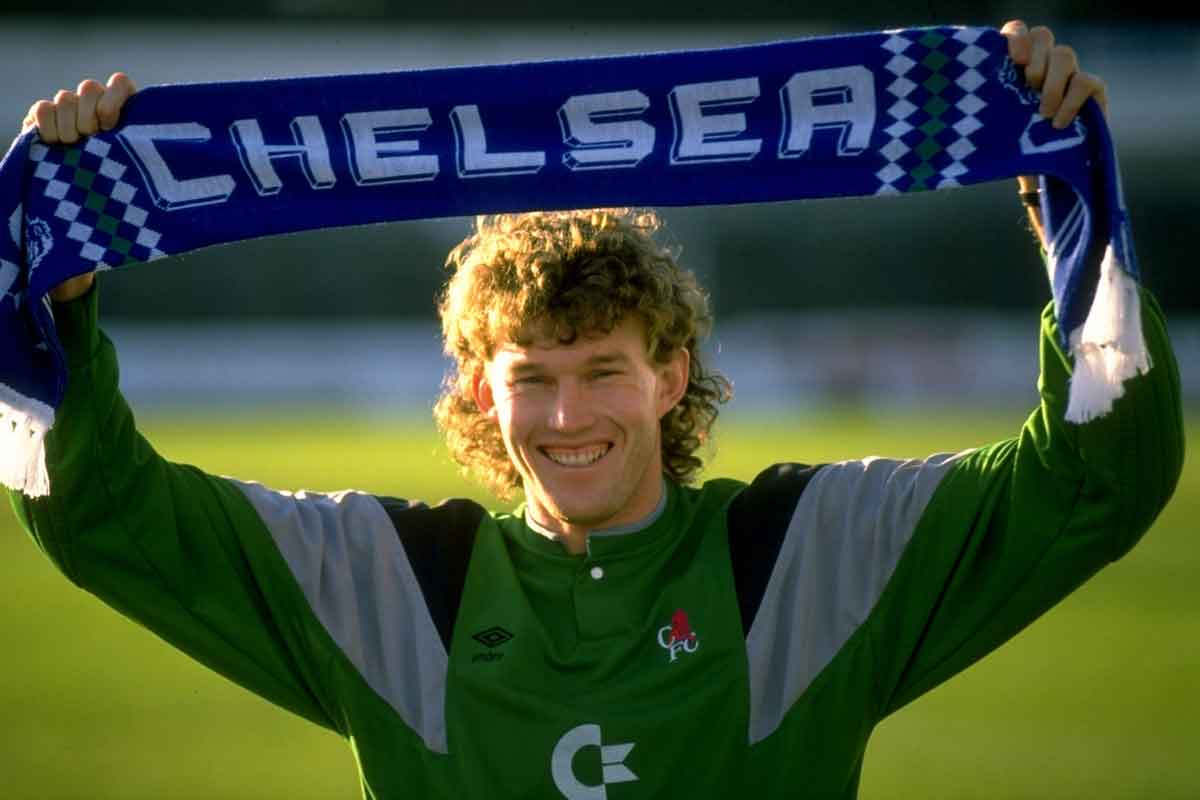 Beasant spent the first 13 years of his professional career at three clubs, but the next two decades bouncing around ten others as the mega money started to bubble towards the surface.

Regrets? There are a few. But not enough for Beasant to consider his career as anything but fulfilling.

“I was earning the best money of my career when I was 40 years old at Nottingham Forest because I was hanging onto the top flight and I was getting the back end of the money,” said the 58-year-old.

“You do look upon that and think if only I was earning that ten years earlier, I’d be in a different position nowadays!

“But every club I was at I had great memories, great times, and I wouldn’t want to swap any of them.”