If last season's final league positions are anything to go by, Darmstadt are the favourites to secure all 3pts on the opening day of the new 2. Bundesliga season as their guests narrowly escaped relegation last time out.

We've backed this game to end in a stalemate as five of the last six meetings between Darmstadt and Jahn Regensburg have finished as draws, including their two encounters in the 2. Bundesliga last season. The hosts have only played one friendly match so far this season and that too ended in a draw with Stuttgart, while Jahn Regensburg are unbeaten in each of their six friendlies.

As mentioned above, five of the last six meetings between these two clubs have ended in draws and four of those stalemates have produced under 2.5 goals. Under 2.5 goals were also produced in Darmstadt's friendly with Stuttgart earlier this month and three of Jahn Regensburg's last four pre-season friendlies have also witnessed fewer than three goals scored.

Three of the last five stalemates played out between these two sides have ended in a scoreline of 1-1 and we're expecting one on Saturday. Both teams have scored in each of Darmstadt's last five fixtures and Jahn Regensburg have scored in all of their six pre-season friendlies, so you can see why we're leaning towards a 1-1 draw rather than a goalless draw this weekend.

Will Jahn Regensburg avoid a relegation battle this season?

Darmstadt claimed a 7th place finish in the 2. Bundesliga last season but were 10pts off the place-off places. Saturday's hosts are yet to spend any money on players coming into the club but have made some key free transfers that will strengthen their defence. Karic, Muller, Ronstadt and Sobiech have all signed up and could feature in Darmstadt's backline this weekend, while Behrens and Kroll add competition for the first-team goalkeeper's spot. Tietz had been brought in to add more goals to the side, while the key departure has been Palsson who joined Schalke for just under £500k.

Jahn Regensburg will be hoping for a safer mid-table finish this season after ending the last campaign 5pts above the dropzone. Despite a poor overall season, Jahn Regensburg did manage to hold Darmstadt to draws in both of their league encounters and a point would make for a decent start to the new season. Like their hosts, Jahn Regensburg have brought in a number of free transfers this summer including Singh from Bayern Munich and Faber from Freiburg. The main departure for the side has been Stolze who left the club to join fellow 2. Bundesliga side Hannover 96 at the end of his contract.

Your Questions – Darmstadt vs Jahn Regensburg 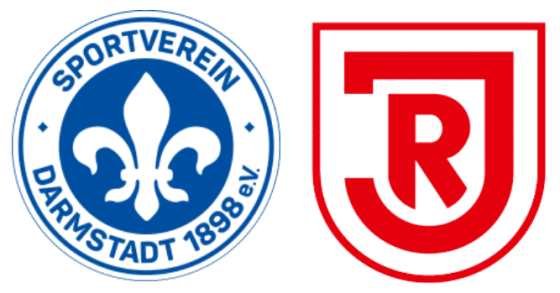