A difficult season for Roma just took a heartbreaking turn. Daniele De Rossi, the Giallorossi stalwart of 18 years and over 600 games, has announced he will leave the club at the end of the campaign.

The club have endured their difficulties this season. Having reached the Champions League semi-finals last year, head coach Eusebio Di Francesco was dismissed.

Claudio Ranieri stepped in and, while the veteran has overseen a seven-game unbeaten run, it's not been enough to reignite Roma's bid for a top-four finish. With two games remaining, they lie sixth, three points behind Atalanta but with a vastly inferior goal difference.

Speaking on Tuesday morning, Roma president Jim Pallotta told the club’s official website: “We will all shed tears when he pulls on the Giallorossi shirt for the last time against Parma but we respect his desire to prolong his playing career – even if, at almost 36, it will be away from Rome.”

Interestingly, unlike fellow Roma legend Francesco Totti, who retired in 2017 after a 24-year career at the Stadio Olimpico, De Rossi will not be hanging up his boots as he seeks a new adventure.

The pugnacious midfielder will turn 36 in July but clearly feels he has something to offer. And yes, while he can't technically be regarded as a ‘one-club man' anymore, his reputation at Roma will remain fully intact, like Xavi or Andrés Iniesta at Barcelona. He is and forever will be their Capitan Futuro.

De Rossi broke into the Roma team shortly after their last Serie A triumph in 2001. He made his first-team debut in October of that year, in the Champions League against Anderlecht.

Almost 18 years after a fresh-faced local teenager named Daniele De Rossi made his #ASRoma debut against Anderlecht, the 35-year-old club captain will pull on the Giallorossi shirt for the final time against Parma.

It will be the end of an era.

Breaking through into the first-team came slightly later, in 2003, but it wasn't long before he established himself as an important first-team member.

He starred for Italy during their 2004 UEFA European Under-21 Football Championship success and became a regular under Marcello Lippi.

By the time he clinched Serie A's Young Footballer of the Year award in 2006, De Rossi had earned his reputation as an exceptional, all-round midfielder. He was adept at winning the ball back but also possessed an impressive passing range. Although not quite as incisive – or graceful – as Andrea Pirlo, the young Roman became an integral figure for both club and country.

There were chastening experiences, of course. In April 2007, Roma were thrashed 7-1 by Manchester United at Old Trafford in the Champions League quarter-final, with De Rossi scoring his side's consolation goal.

A year later, he endured another difficult night in Manchester as he blazed a penalty over the crossbar as eventual champions United again sealed a last four spot at Roma's expense.

In between those nightmares inside the Theatre of Dreams, however, came the first of two successive Coppa Italia triumphs.

Suspension meant De Rossi played a minor role in Italy's World Cup win in 2006 but nobody could question his influence in Roma's cup successes, which included a goal in the final victory over Inter in 2007.

He enjoyed some of his best years under Luciano Spalletti, making 94 appearances across the 2007/08 and 2008/09 season to help capture the Serie A Italian Footballer of the Year award in 2009.

It was around this time that interest from clubs across Europe intensified. Although Roma made him Serie A's highest-paid player with a new five-year contract in February 2012, there were legitimate concerns that he'd be tempted by trying a new challenge.

Manchester City and Manchester United were both linked with moves but, having decided he belonged in Rome, De Rossi reaffirmed his commitment to the Giallorossi.

He has not always been his manager's favourite. Zdeněk Zeman took over from Luis Enrique in 2012 and sidelined the midfielder. The Czech coach was often critical of De Rossi and claimed that the stalwart had not integrated himself into his Roma project.

“De Rossi is not a problem or a bum note for me,” Zeman said at the time. “But he hasn't performed the way he should have. He has not integrated himself into the squad.” 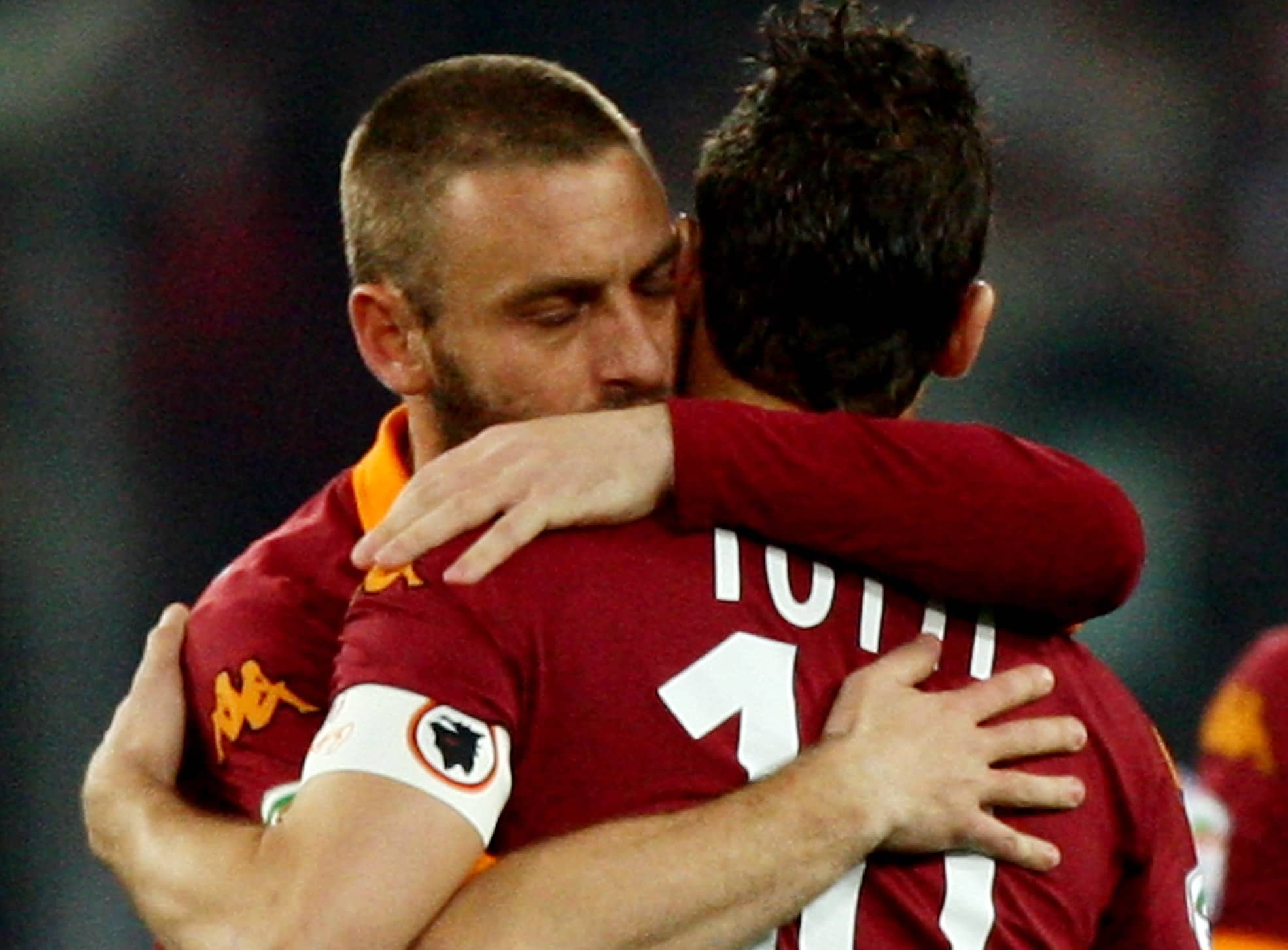 Under the Frenchman, Roma gave themselves a great chance of winning their first Scudetto since 2001 during the 2013/14 season, winning their first ten Serie A games. A series of draws dented their hopes, however, and a whimpering end to the campaign saw them defeated in each of their last three matches to eventually finish 17 points behind Juventus.

De Rossi will end his 18-year association with Roma without a Serie A title but only Totti can surpass the impact the midfielder has had over the last two decades.

Being a leader for Roma is, as De Rossi would often say, a huge responsibility, but it's one he has gladly assumed.

“I, Daniele De Rossi, belong to the Roma fans,” he said last year. “I belong to Roma’s history as Francesco [Totti] did, and it means you are no longer free to make decisions for your own professional good, because you represent something and someone.”

Another adventure awaits De Rossi. MLS seems a likely destination. Wherever he goes, though, he will always be cherished at Roma.