Real Madrid are set to hand new contracts to both of their current first choice full-backs, Dani Carvajal and Marcelo.

According to AS, both players will receive a pay rise and after the season ends, they will extend their deals at the Santiago Bernabéu, which currently have three years to run, until June 2022.

But is this a wise move by the club?

Marcelo is currently in his 11th season in the Spanish capital and if stays there until 2016, he could complete 16 seasons with the club.

He will undoubtedly go down as a club legend. He is currently the foreign player with the third-most appearances for Madrid with 395.

The 28-year-old is only one game behind Alfredo Di Stefáno’s 396, but has some way to go before he overtakes Roberto Carlos, who holds the record with 527 games.

The AS report claims that Zinédine Zidane, along with Madrid’s directors, have decided to hand new deals to the pair because they feel their recent displays show they are the best two full-backs in the world. 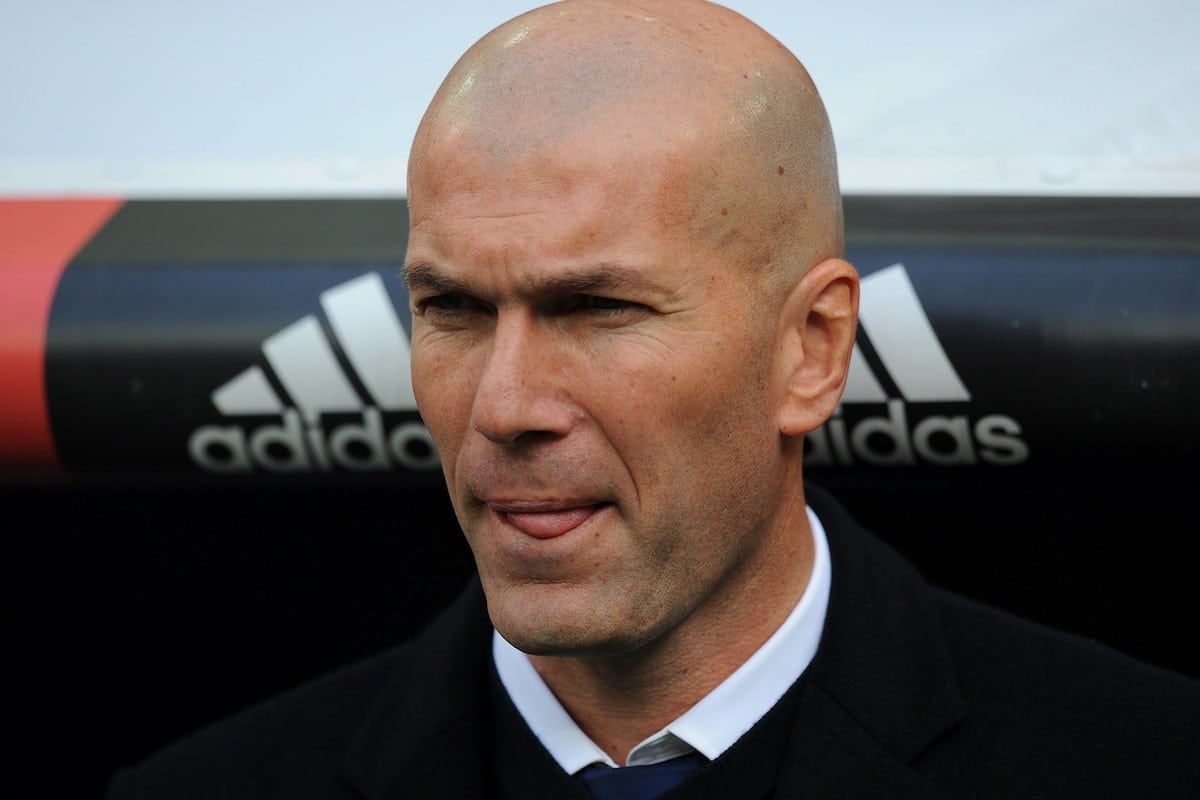 That’s a bold statement to make, David Alaba for one would have something to say about Marcelo being rated better than him.

To be fair, it is undeniable the Brazilian is better than his other options for the position at the Bernabéu – Nacho and Fábio Coentrão.

But how does he compare to the other left-backs at La Liga’s top four clubs?

We’ve had a look at his league statistics this season compared to Jordi Alba, Sergio Escudero and Filipe Luis.

The Real Madrid man only comes out on top in chances created.

His 1.5 per 90 minutes is considerably higher than any of the other three, with Luis the closest at 1.04.

But Escudero and Luis have outperformed him in a number of other areas.

And for someone who’s renowned for going forward, Marcelo actually has the lowest shot accuracy of the quartet at 23 per cent – Alba’s and Escudero’s are 33 per cent while Luis’ is 50 per cent.

It is probably no real shock to see Marcelo not at the top of the quartet defensively, but the key statistic is that of chances created.

In the Madrid team, he is so useful a useful outlet breaking forward and he’s made the left-back role his own.

Luis and Escudero may outperform him, but he is not too far behind them statistically – he’s certainly outperformed Alba this season – and given his time at Real Madrid so far, while he’s still looking a key part of the team, keeping him tied down to a long-term deal makes sense.

But it also makes sense that Madrid’s transfer targets reportedly include a left-back, with Marcos Alonso linked to the Bernabéu.

Los Blancos do need a proper deputy to the Brazilian, and they need one who is more defensively focused than Marcelo.

Since returning from Bayer Leverkusen, Carvajal has been hugely impressive. 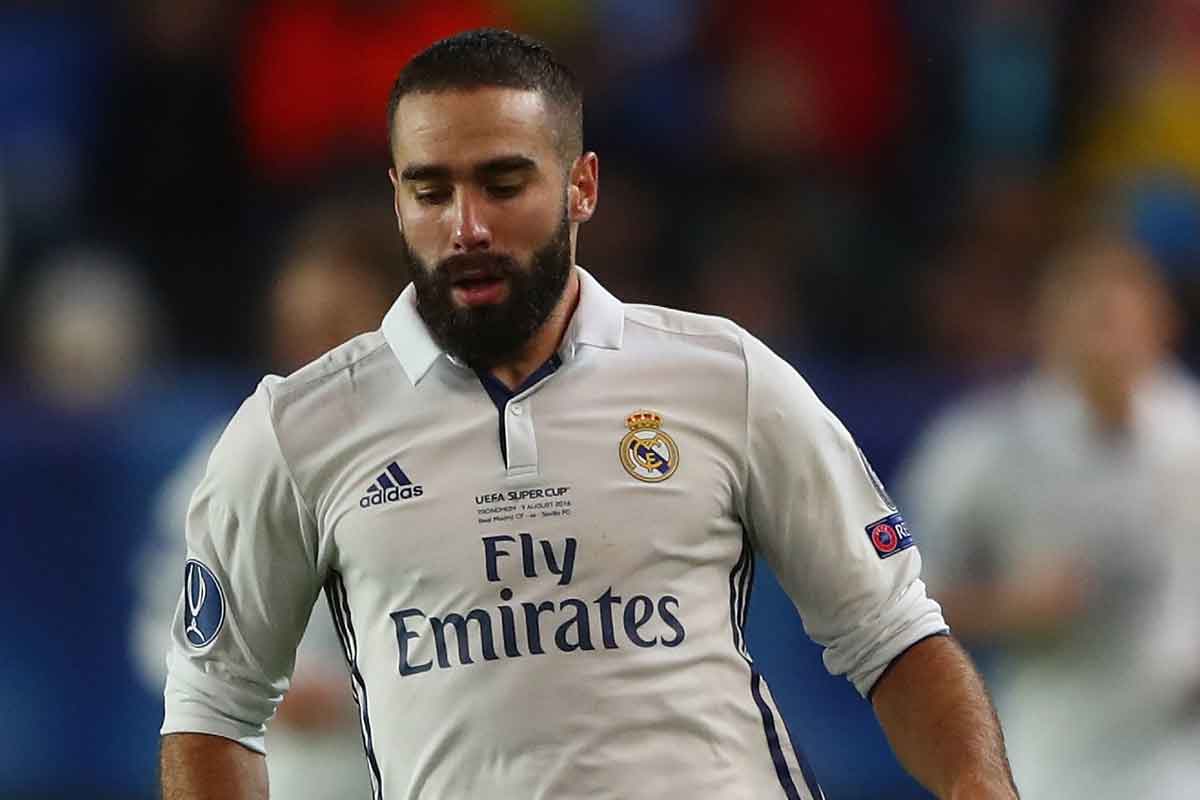 He’s clocked up 151 official games in the white shirt of Madrid and has beaten off competition from Danilo for the right-back squad, as well as consolidating his place with Spain’s national team.

Unlike Marcelo, he stands up quite well to statistically to some of the other La Liga players in his position.

With Barcelona having a right-back issue and now not even playing one at all, we’ve compared him to Sevilla’s Mariano, Atleti’s Juanfran and Mario Gaspar from fifth-placed Villarreal. 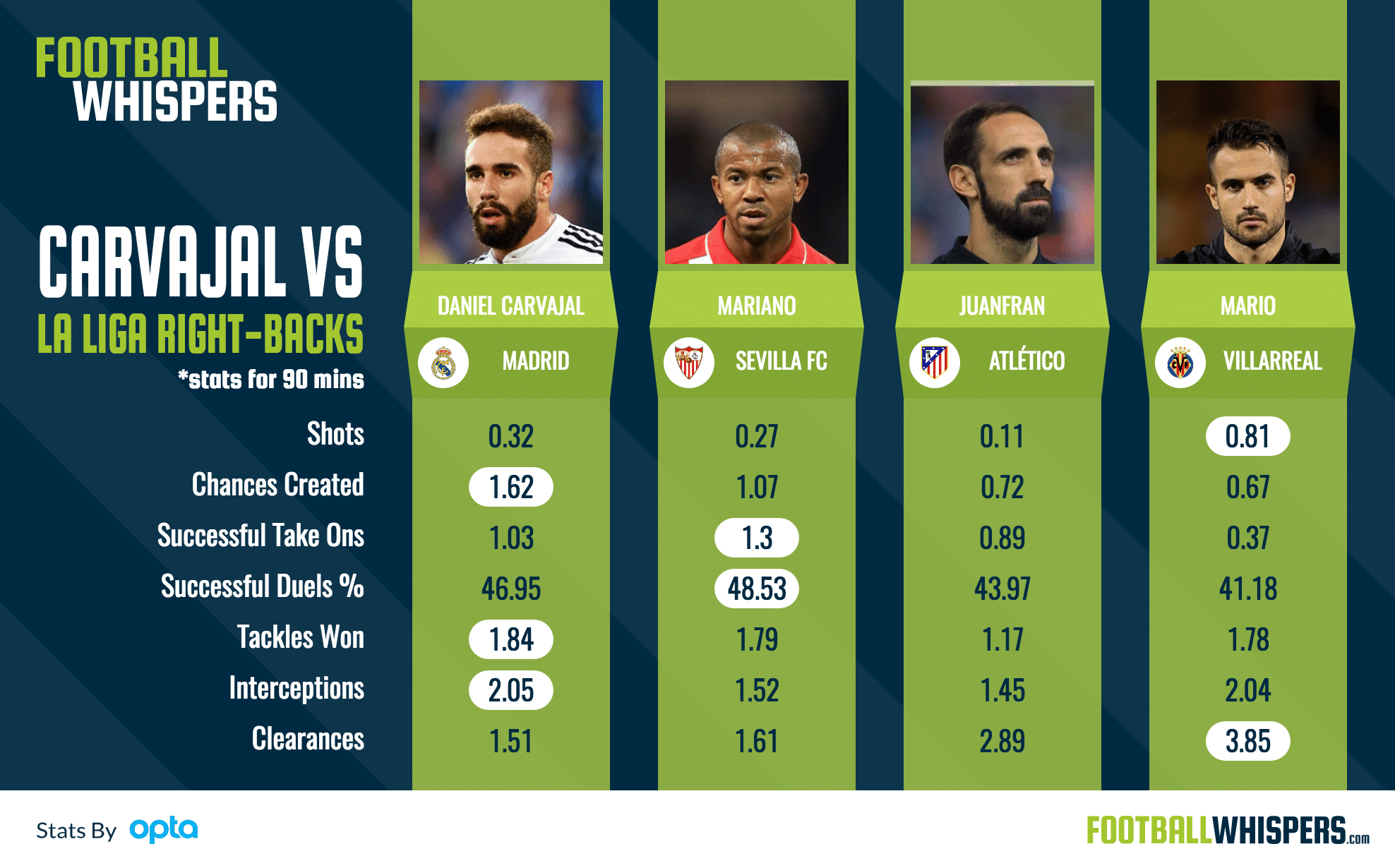 In fact, those statistics are all better than his Real Madrid team-mate Marcelo.

But coming out on top in defensive and attacking statistics show how consistently good he has been.

And winning three out of seven categories also underlines his importance to Real Madrid.

At 25, he still has a long career ahead of him and tying down someone who has come through the youth system and clearly loves the club is a good move.