After three assists and one goal over both legs of Juventus' 4-1 aggregate demolition of Monaco in the Champions League semi-final, Dani Alves proved to the world that, at 34, he is still one of the very best full-backs around.

But more than just proving his current credentials, Alves' outstanding form for the Bianconeri in Europe's premier club competition — no player has created as many chances as the Brazilian in the Champions League this term (30) — has sparked debate over whether he might just be the greatest right-back to ever lace up a pair of boots.

Most people's initial reaction to the subject is to dismiss the idea, citing the likes of Cafu, Javier Zanetti and Philipp Lahm as more viable candidates for such a title.

However, there are several reasons why Alves absolutely deserves to be considered a cut above anyone else to have played his position, past or present. 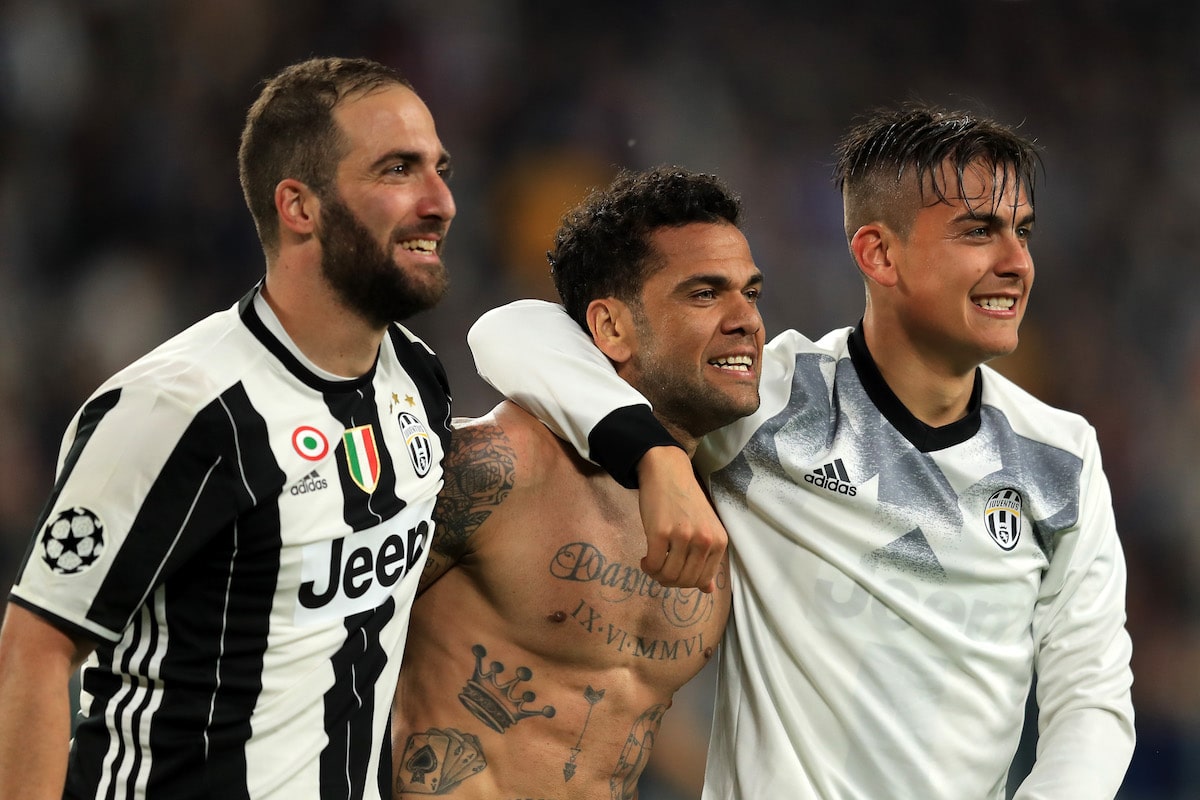 The most obvious of which is that fact that, not to mention the three titles he won as a youngster with Bahia in Brazil, Alves has won 28 major honours since first arriving in Europe in 2002 — a figure which could yet rise further as Juve chase a league, cup and Champions League treble.

None of the other players considered rivals when it comes to being the best right-back ever have won nearly as much. And, indeed, only AC Milan legend Paolo Maldini can top Alves' collection of nine European medals.

In arguing the case for Cafu, many will cite that Alves has never won a World Cup. While that may be true, becoming a world champion in itself is not necessarily an indication of an individual's overall quality.

For example, Stephane Guivarc'h, Kleberson and Simone Barone have all won the Word Cup, none of whom could be regarded as anything approaching world class.

A World Cup winners' medal may be missing from Alves' trophy cabinet but he has won the Copa América, the next most prestigious trophy in terms of South American international football. Had Alves been fortunate enough to have been part of the Brazilian generation which included prime versions of Ronaldo, Rivaldo and Ronaldinho, as Cafu was, he too would surely have been able to win a World Cup. 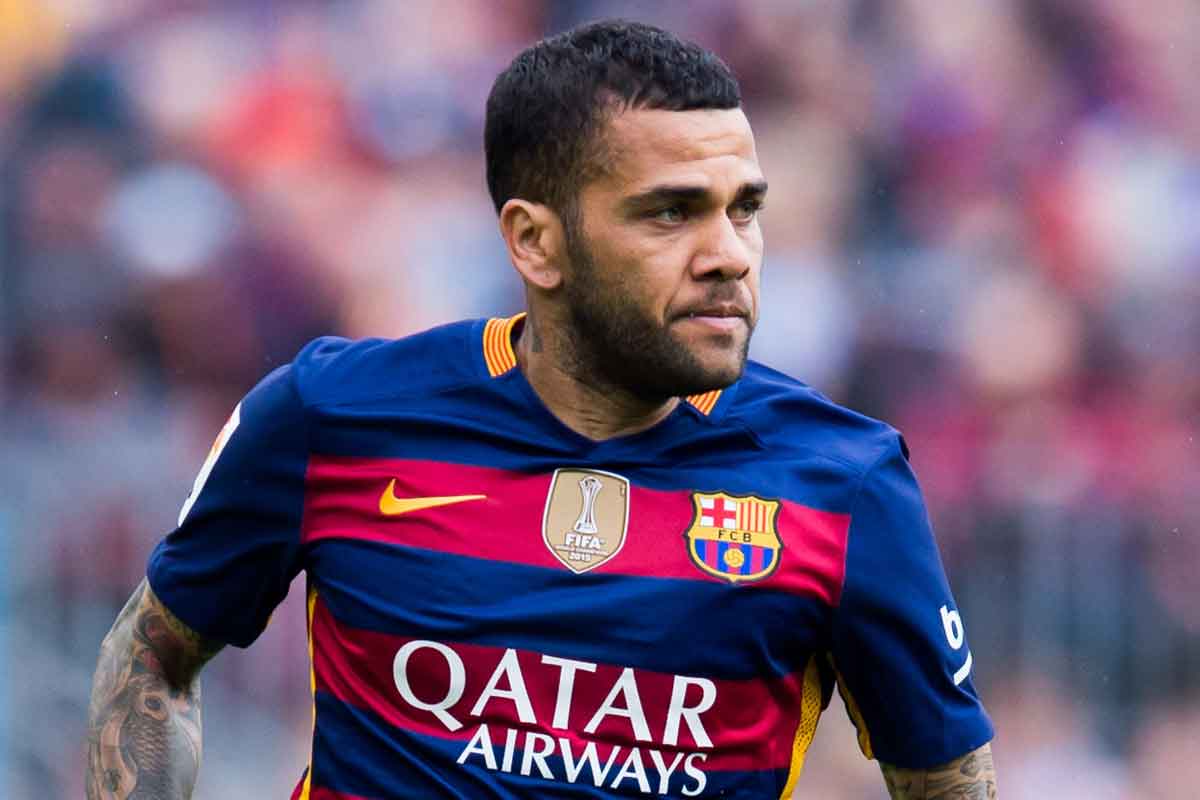 read more: higuaín has proven he is the man for big the occasion

Furthermore, no other right-back has been as intrinsic to their team's style of both attacking and defending as Alves was for Barcelona from 2008-2012 under Pep Guardiola — the side widely regarded as the greatest club team of all time.

Rather than simply shuttling up and down the flank, tracking the opposing winger and making overlapping runs toward the byline when the time called, Alves was a vital cog in Barça's tiki-taka attacking machine.

With Lionel Messi or Pedro stationed ahead of him on the right wing, Alves would saunter forward  to join the attack when the Blaugrana had possession. But instead of making the expected move on the outside of the team-mate in front of him, he would just as often shift inside into a zone more commonly associated with a central attacking midfielder.

In this sense Alves pioneered the role of inverted full-back, one in which David Alaba would go on to have tremendous success at Bayern Munich under Guardiola.

In his Barcelona hey day, Alves made in excess of 70 passes per game on average, the kind of involvement you'd usually expect to see from a central midfielder. Even now, with Juventus, he is averaging 61.2 passes per game at an accuracy of 85.2 per cent.

Not even up for debate: Dani Alves is the greatest right-back of all time. pic.twitter.com/OtelVtHzEV

When at his best, Alves was a playmaker in the final third, with most of Barcelona's intricate passing manoeuvres filtering through him. The understanding that the Brazilian formed with Messi would regularly see the two link up to unlock a stubborn defence.

With his pace, close-control and technique, it was a common sight to see Alves play the ball into Messi — who was operating as a false nine in this period — before bursting ahead of the play, in behind the opposition, and angling a cut-back to pick out his Argentinian partner in crime, or Pedro or David Villa.

He was, and is, no one-trick pony either. This kind of link-up play was not the only weapon in Alves' arsenal: he could overlap his winger and whip deadly balls into the box too — as his recent performances for Juventus in the Champions League has shown.

Attacking full-backs existed before Alves came along — Cafu, Roberto Carlos and Bixente Lizarazu were all a key part of their team's offensive play — but none had ever attacked in the way the Barça star did it; none before, and perhaps even since, were as effective, as difficult to stop.

Whether you choose to prize technical quality, medals won, longevity or influence above all else, there is really no argument against Dani Alves being considered the greatest right-back of all time.