The two bottom clubs in the Chinese Super League group B go up against each other at the Kunshan Sports Center Stadium. This is a fixture involving Dalian Pro and Wuhan.

Dalian Pro remained at the bottom of the group B standings following a 3-2 loss against Shanghai Shenhua. Despite managing to equalise the game from a 2-0 position, Dalian Pro conceded a late winner. Wuhan remained winless in the league following a goalless draw with Shanghai Port.

Dalian Pro are fresh from some impressive performances, while Wuhan have not done well throughout the 2021 season. After coming almost close to getting points off second-placed Shanghai Shenhua, confidence will be high among the hosts. Dalian Pro are without a win against Wuhan since 2017, but this may finally be broken with the visitors struggling for form. In the six league matches so far, Wuhan have only managed three points.

A sizeable factor behind Wuhan’s struggles this season has been the ability to create chances. The team has certainly not been good at creating chances or finishing the few chances that come their way. As a result, the six league matches have resulted in Xiaopeng Li’s team scoring a miserable three goals. Dalian Pro also started the season with offensive struggles, but the team has managed to find some offensive form in the recent loss against Shanghai Shenhua.

Wuhan to score under 1.5 goals

The last home game for Dalian Pro turned out to be their first clean sheet of the season. Tianjin Tigers were unable to score past Dalian Pro and it is likely that Xiaopeng Li’s team, who have managed just two away goals this season, are likely to follow suit.

Dalian Pro are in a position where they can hopefully build on the positives from recent matches. After ending the May round of the fixtures in disappointment, the team almost came close to getting a victory against second-placed Shanghai Shenhua. The offensive chances created by the team in this away game is likely to give them further confidence of good results.

Xiaopeng Li has seen his Wuhan team go through a terrible run through 2021. The last victory for the team was back in December 2020 when they managed an FA Cup success over Beijing Guoan. The team has certainly fallen a long way from their sixth-place finish last season.

Questions about Dalian Pro vs Wuhan 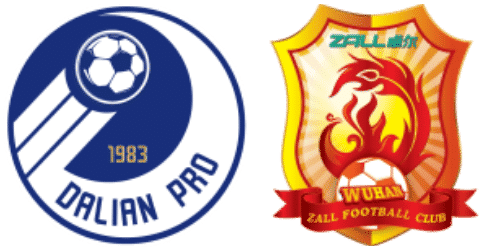 Which team is the favourite to win? Wuhan