Round 7 of Chinese Super League action brings together Guangzhou City and Dalian Pro at the Yuexiushan Stadium. Both sides are on a poor run of form and will be looking to springboard over their woes in this fixture.

Neither Guangzhou City nor Dalian Pro fans will be confident going into this fixtuhasCity has lost six matches in succession while Dalian are winless in four outings, losing the last two. The last iteration of this fixture saw Dalian Pro come out as victors and given the poor form of the Blue Lions we are backing them to repeat their heroics of last time.

Guangzhou has been shut out in three of their last five outings, while Dalian enters this fixture after drawing blanks in their last two outings. The last three duels between these sides have seen results with only one side troubling the scorers. More of the same is expected as both sides struggle to score.

Guangzhou City vs Dalian Pro: Check out the best odds and the latest stats

Guangzhou City vs Dalian Pro: Check out the team lineups

The pressure is building on Jean-Paul van Gastel with every passing day as Guangzhou City continue to struggle. The Blue Lions have lost all six of their Chinese Super League fixtures and look far removed from the side that finished seventh last season. The blame has to be shared but with 17 goals conceded, it is their backline which has been the major culprit.

Dalian Pro are lucky to be playing in the Chinese Super League after they were given a lifeline with two clubs going under. It seems the club has not learnt from their mistakes and is set to repeat them again. Following their second-round win, they have gone winless in their last four subsequent league outings. Xie Hui needs to nip this in the bud or it will be relegation to the Jia League. 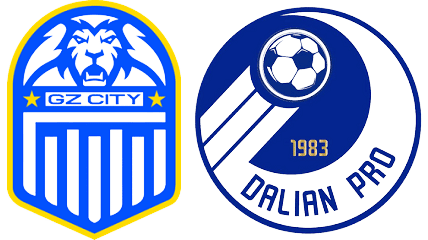 Where is the game being played? Yuexiushan Stadium (Guangzhou).