Dalian Pro meet Changchun Yatai in the Super League on Saturday, July 2nd. There is just one point between the teams ahead of this weekend’s clash. Read our free predictions and find the latest odds for the fixture below in our detailed match preview.

Changchun Yatai have dropped points in five of their last six games ahead of their latest Super League test against Dalian Pro. Read our top three predictions for this weekend’s fixture below.

Changchun Yatai’s limp start to the campaign continued on Wednesday when they were held to a 1-1 draw by Zhejiang Professional and Chen Yang’s charges have now dropped points in five of their last six assignments. Earlier this month, Dalian Pro added their name to the list of sides unconquered by Yatai when the teams drew 1-1 and fresh from a 3-0 win over Guangzhou City in midweek, the confident Blue Hawks could avoid defeat again.

Both teams rattled the net when Dalian Pro and Changchun Yatai last met in the first week of June and a stake on the same market could return another winner in this weekend’s rematch. Dalian have notched in five out of seven matches in the Super League this term, while Changchun scored at least once in three of their last five. Both teams are generally reliable in the goalscoring department, so expect action here.

Read our selection of the best stats for Saturday’s fixture below alongside a tool to help you choose the best odds.

You can view all of the latest team news and injury info for Dalian Pro vs Changchun Yatai in the Super League on Saturday below.

Dalian Pro have no fresh injury concerns to report this week and Head Coach Jose Gonzalez could choose to field the same XI that performed so well at Guangzhou City on Wednesday. That would keep Wu Wei and Shan Huanhuan among others on the bench.

Changchun Yatai were held to a draw by Zhejiang Professional in midweek, though they didn't pick up any new injuries or suspensions at least. Junior Negrao came off the bench in the second half of that contest and the Brazilian will hope to start on Saturday. 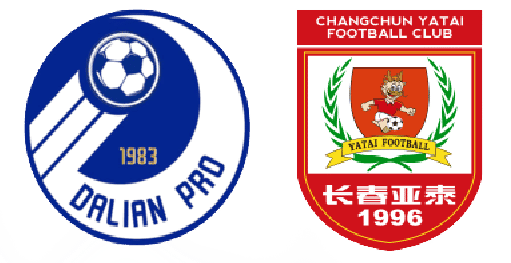 The bookmakers have priced Changchun Yatai as their clear favourites to win this weekend.