The battle in the bottom half of the Chinese Super League group B heats up with Dalian Pro taking on Beijing Guoan at the Jiangyin Sports Park Stadium.

Dalian Pro were once again wasteful in finishing and they lost 1-0 against Hebei. Beijing Guoan were able to force a valuable 1-1 draw against Shanghai Port at home.

Beijing Guoan to win the game

Beijing Guoan have been producing some decent performances of late and they have lost only one out of the recent seven matches since the restart. Dalian Pro, meanwhile, continue to struggle with their finishing skills and they have lost three out of the last four games. Even when playing at home, Dalian Pro may not be a great pick to win this match, as they have suffered quite badly against Beijing Guoan in the past with six consecutive losses.

Beijing Guoan have been able to get 20 goals over Dalian Pro in the last six outings, but they have not been offensively creating too many clinical opportunities in recent matches. Dalian Pro have been quite handy at the back with a decent defensive record apart from the three goals conceded against Shanghai Shenhua in the first match since the restart.

Dalian Pro were unable to score against Hebei and they were limited to hopeful attempts at goal throughout the 90 minutes. In fact, Dalian Pro did not create any meaningful opportunity throughout the match and they were only threatening the goal towards the end of the match. Beijing Guoan have been defensively solid of late even if they have not produced a lot of clean sheets.

Dalian Pro are in danger of being left alone at the bottom, as the likes of Tianjin Tigers and Wuhan have picked up their performances in recent weeks. Apart from the sole win over Tianjin Tigers, there has been little joy for Dalian Pro and coach José Gonzalez, who is increasingly under pressure to turn around the poor performances.

Beijing Guoan might have picked up just one win since coming back from the AFC Champions League action, but the team has faced tough opponents like Changchun Yatai and Shanghai Port in back-to-back games. On the road, Beijing Guoan have had some disappointing results and this has been the key Achilles heel for the team. 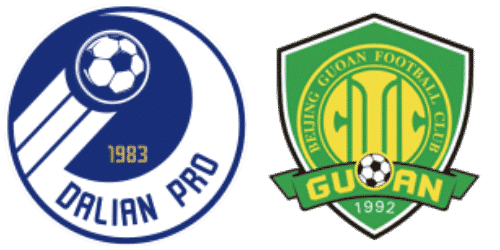