At first, Jürgen Klopp picking James Milner at left-back was a stop-gap, but 35 games later he'd coped remarkably well in an unfamiliar role. After starting strong, the minutes and position obviously took it's toll and he struggled towards the end of the campaign.

The newest name to throw into the mix is Nice left-back Dalbert. The 23-year-old Brazilian has enjoyed an impressive season in Ligue 1, helping the Cote d’Azur side finish in the top three and qualify for the UEFA Champions League group stage.

Mercato365 in France reported on Tuesday that the Reds have now set their sights on the defender, but as a known transfer target for Arsenal, Juventus and Inter Milan, they could face a tough battle if they believe he is the right man for the position.

What does Dalbert bring?

Playing on the left of Lucien Favre’s 3-5-2, Dalbert quickly showed himself as a willing attacker. When pushing forward, he has the pace to blast past his marker, but he also uses the ball very well. The Brazilian knows that he can move faster without it and likes to play quick one-twos to get free and expose defenders.

Rather than play conservatively, he has the confidence to knock the ball past opponents and rely on pure speed to keep possession. It’s something you don’t see too often from full-backs but, as a South American, it’s that in-built flair and drive that makes him look like a winger, especially in Nice’s preferred system.

However, Favre also switched to 4-2-3-1 when a few centre-backs were out injured and it didn’t faze the 23-year-old.

Defensively he is just as impressive: when there is a loose ball he’s like a shark, smelling blood, he will do his best to win it back as quick as possible, but without being reckless – which his return of just 0.8 fouls per 90 minutes suggests.

His attitude to recover is excellent, and it’s not due to his poor positioning, but his awareness to protect his team-mates.

In the clip below, you can see Dalbert tracking back as centre-back Dante races out to try and stop the attack. 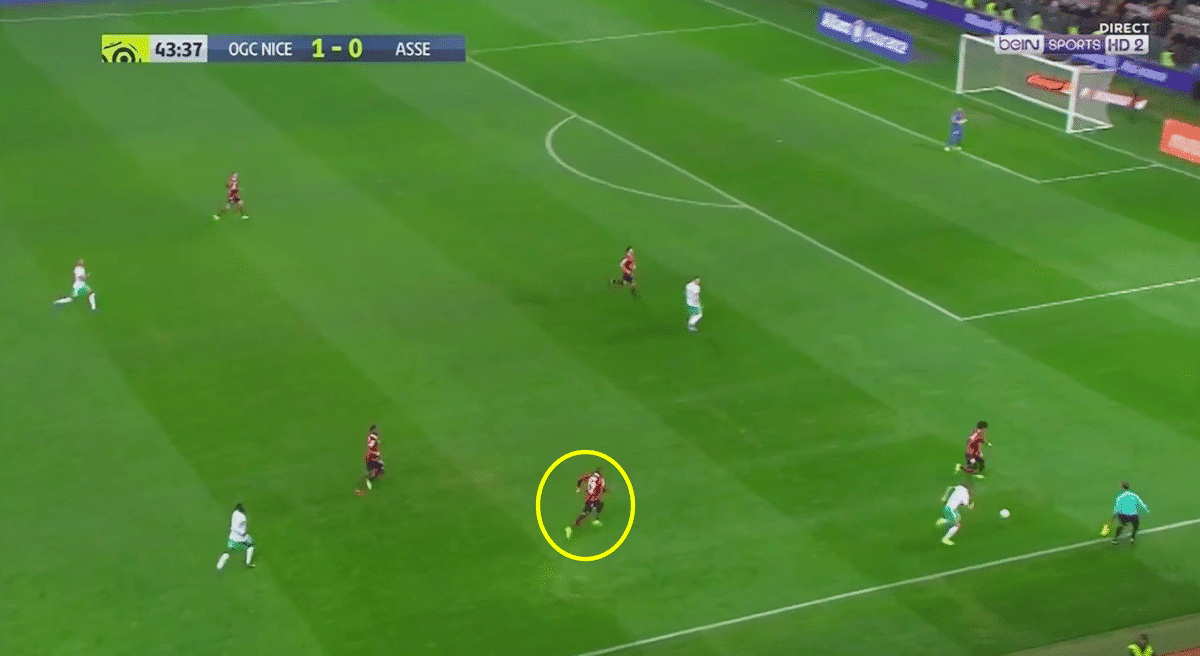 The big Brazilian misses his target and the defence is exposed. Nice’s left-back steams back into position and makes a superbly timed tackle to clear the danger. 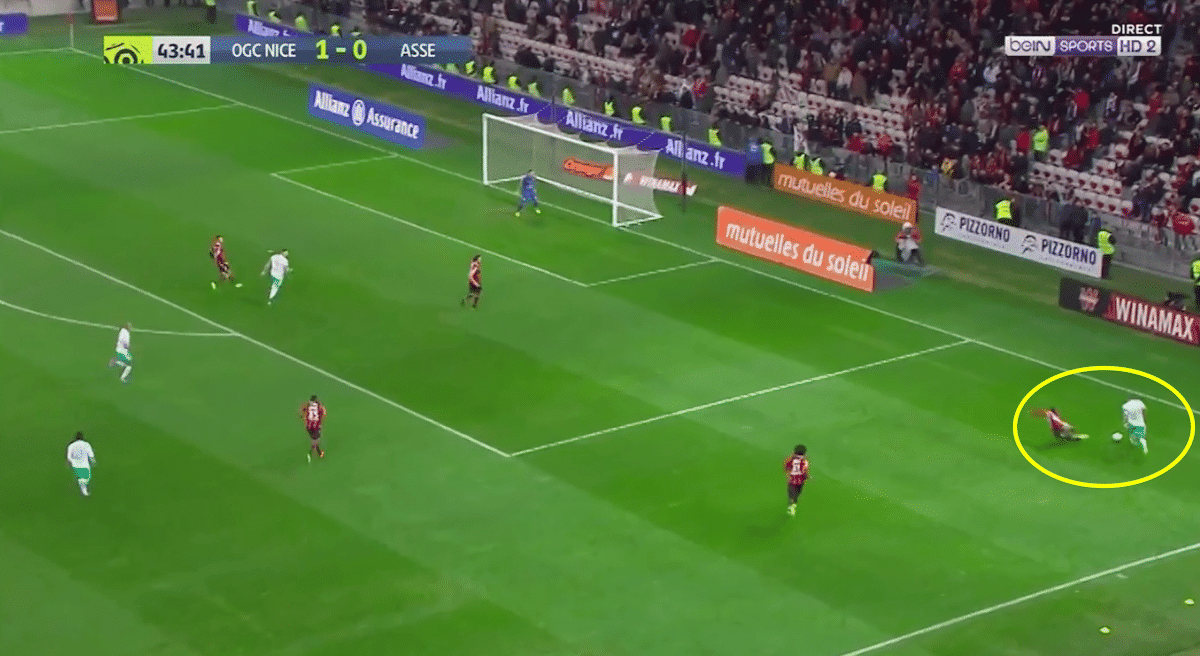 Bringing an attacking threat to Liverpool 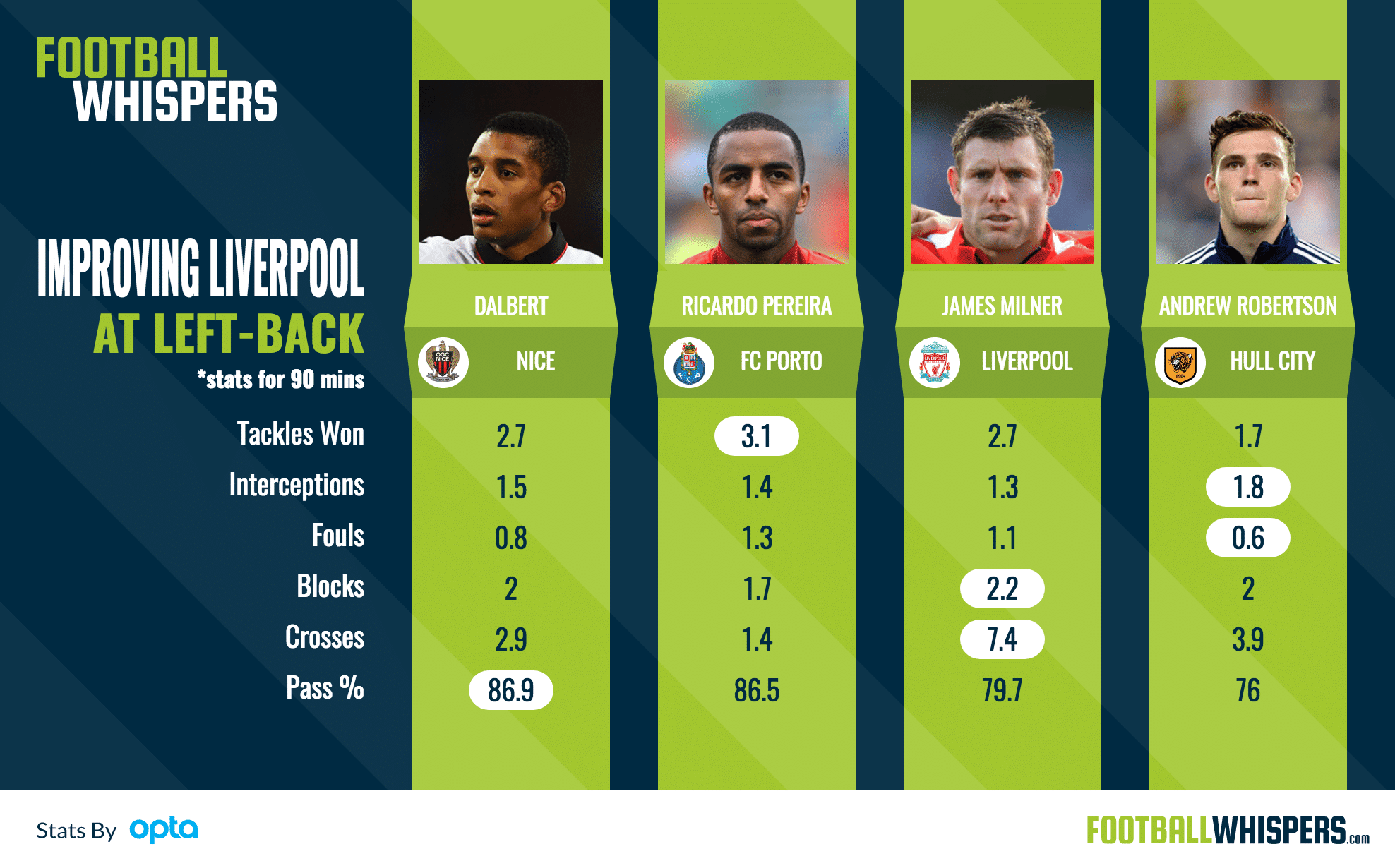 Last season, Milner averaged 7.4 crosses per 90 minutes, but only managed three assists. With a pass accuracy of 79.7 per cent, it’s clear that, although from his deep position the former Aston Villa man was able to consistently deliver crosses, at 31 years old, he’s not got the legs or engine to cover by-line to by-line.

Dalbert manages 2.9 crosses per 90, but also finished with three assists for Nice, and showed composure and intelligence in the final third.

Against Lyon, in the very last game of the season, the full-back found himself ahead of his team-mates, but didn’t panic. 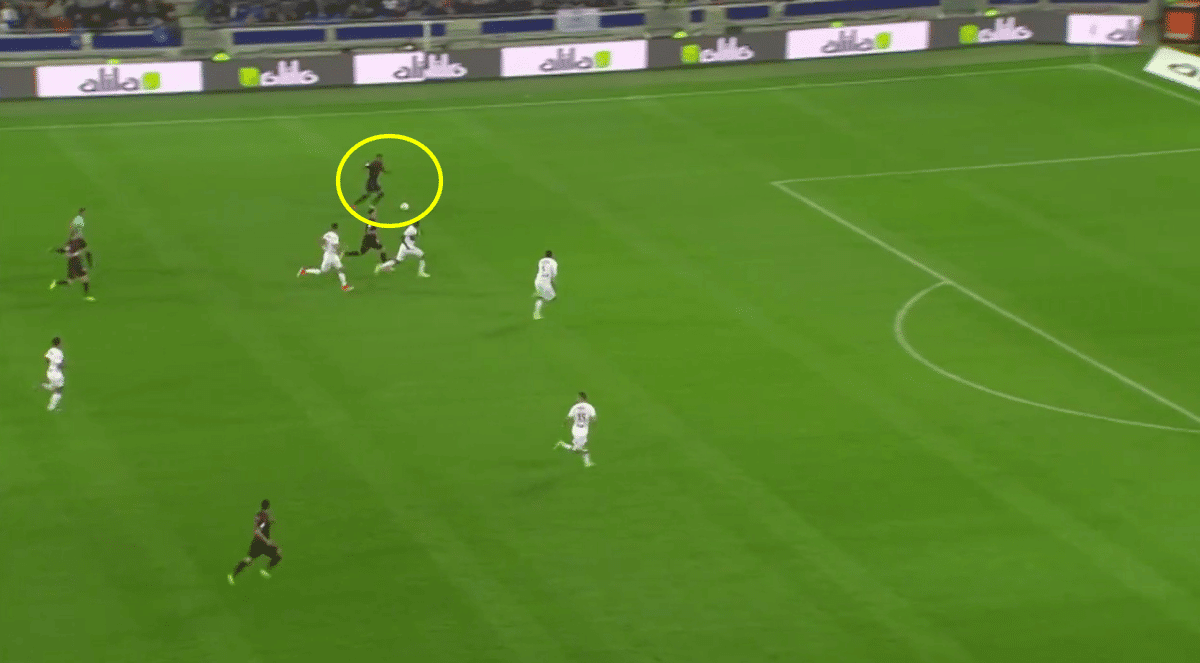 The Brazilian actually slowed down, took his time and waited for Anastasios Donis to catch up and make his run. Dalbert the slid the perfect cross into the Greek forward to score. 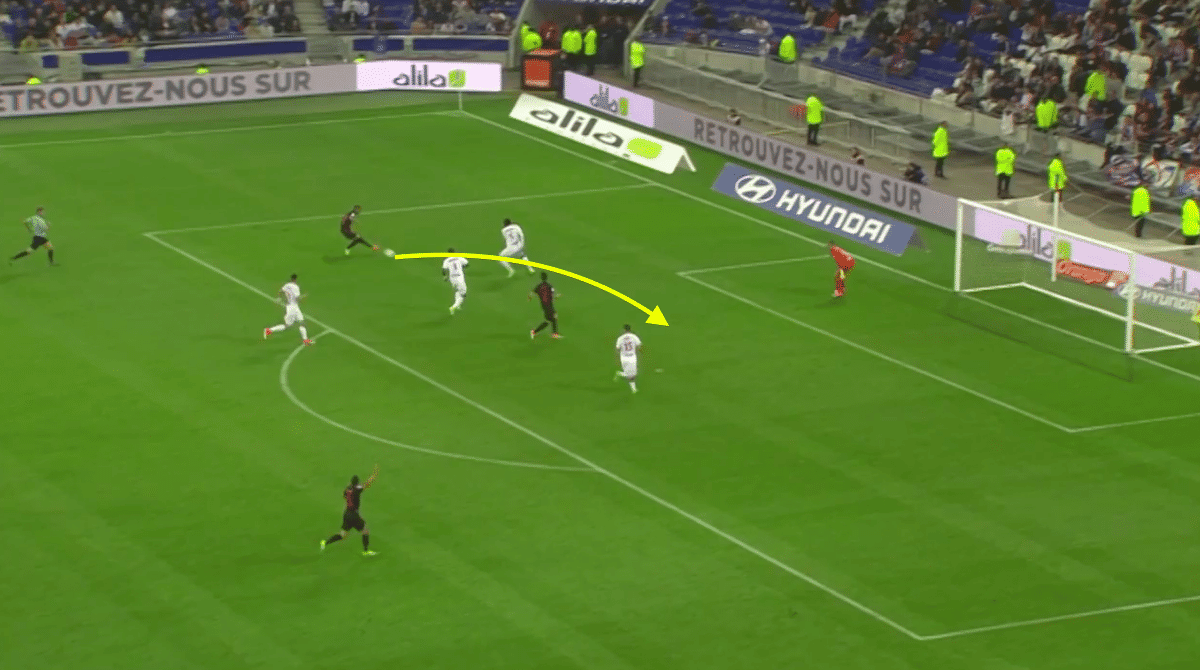 As an attacker, he has the skill to come inside without looking out of place or panicking when in the final third.

How does Dalbert compare

On the opposite flank, Ricardo Pereira, a transfer target for Arsenal and Barcelona, received a lot of plaudits for his performances, and was named in L’Equipe’s team of the season, but Dalbert was every part his equal last term.

The Brazilian wins a bigger percentage of his 3.7 attempted tackles per 90, plus he makes more interceptions. Only Milner made more blocks last season from the players mentioned, but 2.2 is only fractionally better.

Ricardo can’t match the team-mate’s 2.9 crosses per 90, and although Hull’s Robertson averages 3.9, he only picked up two assists. A lack of quality in attack should be considered.

With 44.9 passes per game and a pass completion rate of 86.9 per cent, Dalbert has shown that he is comfortable enough on the ball to fit into Klopp’s system and with a change of style and better players around him, he has the potential to become an even better player.

Defensively, he has everything that the German coach would look for in a left-back. His numbers match well with Milner, winning the same number of tackles while attempting fewer. Then, with his age and speed, he becomes an immediate threat and addition to the attack, bringing something different to what the 31-year-old added last term.

Inter Milan are known to be close to signing the player, with personal terms agreed, however, they have not yet met the Nice player’s €30million buyout clause.

In the ever-increasing world of transfer fees, that is the new €15million and Liverpool shouldn’t think twice about trying to bring the talented Brazilian to Anfield this summer.