Dakkada sit last on NPFL table with 33 points while Abia Warriors are 13, six points clear of the hosts. Here are our best two predictions for this match:

We expect Dakkada FC to win this game even though they sit last on the ranking table. The hosts have never lost a game to Abia Warriors, winning two and drawing twice in the only four previous duels between these teams. Moreover, despite being the last team in the league and the second-last in home performance, Dakkada FC has lost only thrice, won 10 and drawn 2 of the 15 home matches played so far. The hosts won 7 and lost 1 of their last 8 home games while Abia Warriors suffered defeats in 5 and drew 1 of their last six away games.

Three of the four previous matchups between Dakkada FC and Abia Warriors ended with fewer than three goals. The hosts need survival points, so we expect a strong defensive display from the onset.

For the latest team stats, current team form and H2H details, see the tables below.

The duel between Dakkada FC and Abia Warriors will be an important decider for the hosts. The hosts currently sit last on the league table but only six points shy of survival places. Eight games to go means Dakkada still has a chance to mount a strong survival quest. While the hosts have also performed dismally away from home, drawing once and losing 14 in 15 trips thus far hence collecting just 1pt in those games, Dakkada’s home run inspire some hopes.

The hosts have collected 32 points from 15 home games, which translate to at least two points from home games. If that is something to rely on, then it is unlikely that they will lose this game. On the other hand, Abia Warriors have won just one away game after 15 trips, drawing twice and losing 12 games. 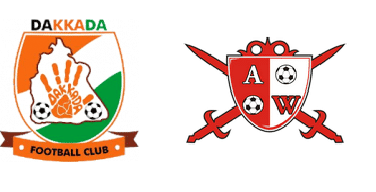 What time will the NPFL game kick off?

Where will these teams play in this duel?

The game will be staged at Godswill Akpabio International Stadium in Uyo, Nigeria.