Today, we will go through another National League fixture, this time between Dagenham & Redbridge vs Wrexham. Check out our website for more National League predictions and betting tips.

Here are the top three wagering tips for the fixture, which will be played on Saturday. Our recommended bookmaker for this match is Ladbrokes.

Please check the odds on the bookmaker page before you place any wagers because after we posted the article, they might have changed.

The last head-to-head between the teams ended with both of them scoring goals. Four of the last six games in Wrexham's history ended with both teams scoring, and for Dagenham & Redbridge there were three BTTS situations out of the last five fixtures.

In the table below, you can see the latest head-to-head data and recent form for both teams and make your conclusions.

Wrexham has any injuries or suspensions to speak of, but Dagenham & Redbridge is a different story. The Daggers midfielder Joey Jones received an indirect card suspension on May 22nd during the fixture against Chesterfield. He has already missed one game and will miss the one on Saturday, as well.

Fortunately, both teams are healthy and there are no injuries to speak of. It was a close call deciding which basket to put our eggs in for this fixture, but with the better form and playing where they are most comfortable (at home), Dagenham & Redbridge has the better chance. 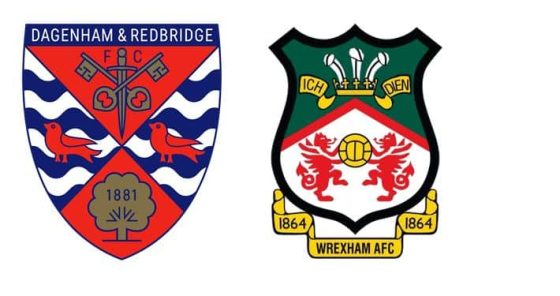